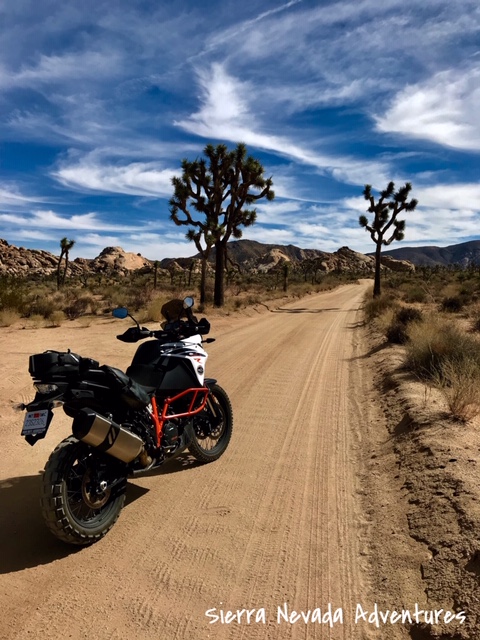 Here’s your opportunity to EXPLORE an amazing OFF-ROAD route through Joshua Tree National Park which showcases a unique landscape of some of California's most dramatic desert scenery. From the seemingly unnatural rock formation to the strange spike-leafed Joshua Trees that grow in the Mojave Desert and nowhere else in the world.

Your three-day adventure will explore the unique desert landscape of Joshua Tree National Park including historic mining sites and amazing off-road adventures. You will have the opportunity to be up close with some of the largest and oldest Joshua Trees on earth. Joshua trees typically grow more than 20 feet tall and take about 60 years to come to maturity, and have an average lifespan somewhere between 150 to 200 years but many live to be well over 500 years and some of the largest trees are found in the park are much older than that. In fact, the largest Joshua tree recorded was measured at 80 feet tall and was estimated to be over 1,000 years. 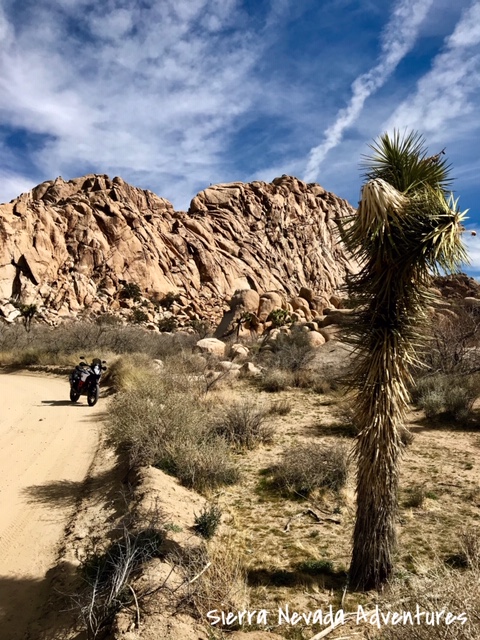 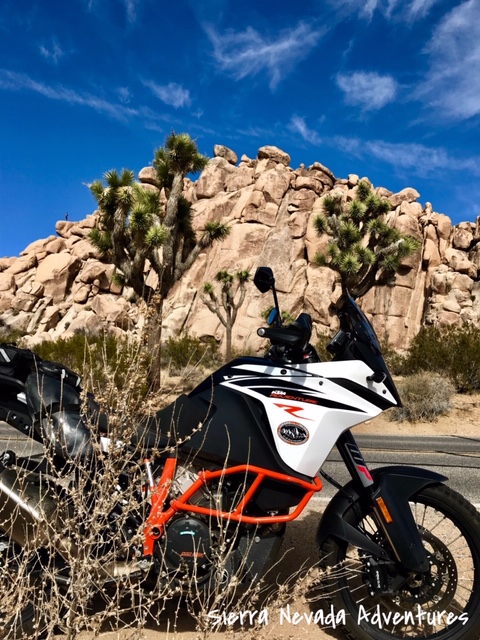 that they’re not actually a tree. Joshua Trees are actually large plant belonging to the Yucca genus that happens to resemble the size and growth pattern of a tree. Besides its unusual appearance, the impressive size of this plant makes the Joshua tree the largest Yucca plant in the world.

The story of the Joshua tree’s geology begins nearly two billion years ago when Earth was about half its present age. As eroded sediments washed off ancient continents into the ocean, thick sediment layers accumulated in 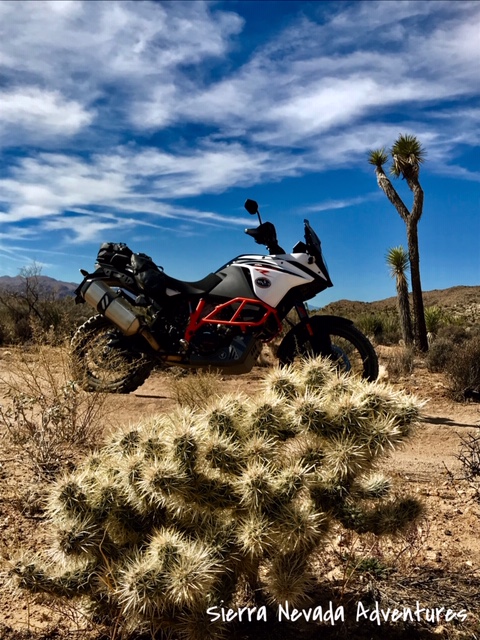 the waters offshore. Over time, the bottom layers were compressed and fused into sedimentary rock. Then, around one billion years ago, Earth’s continents collided to form a single supercontinent called Rodinia. As the continents collided and smashed into one another, they crumpled along their edges to form vast mountain chains. Some of the previously formed offshore sedimentary rocks were caught up in these collisions, which generated extreme heat and pressure. Over thousands of years, this heat and pressure metamorphosized the sedimentary rock into an entirely new kind of rock called gneiss (pronounced “nice”). The gneiss that formed in the Rodinian Mountains is the oldest rock found in Joshua Tree National 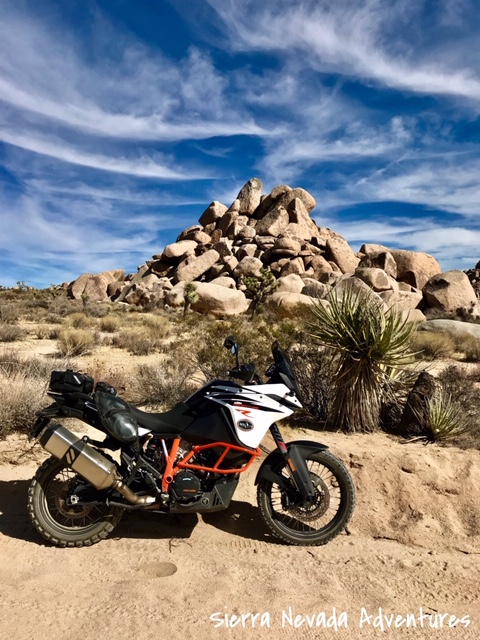 Park. Similar types of gneiss are also found in Australia and Antarctica, indicating that a chain of Rodinian Mountains once stretched across all three continents when they were fused together. Then, around 800 million years ago—200 million years after the formation of Rodinia—Rodinia broke apart. North America drifted toward the equator, and Joshua tree’s gneiss most likely became part of an offshore continental shelf. For the next 250 million years, the Joshua tree region lay underwater. Around 280 million years ago, Earth’s continents came together again and formed another supercontinent called Pangaea. The Joshua tree region lay just off the northwest coast of 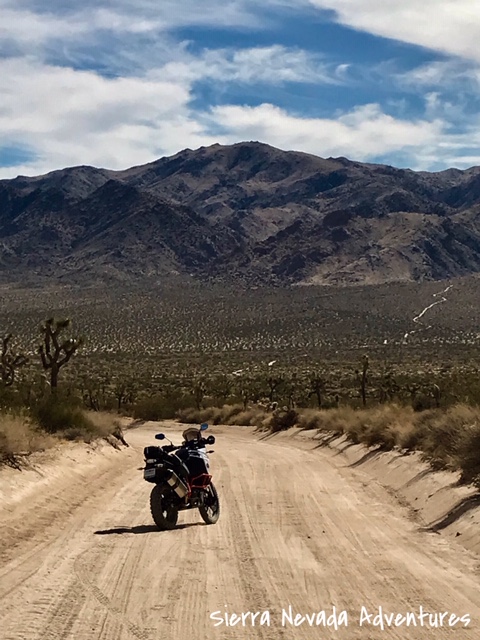 Pangaea, and additional offshore sediments accumulated on top of it. When Pangaea broke up about 210 million years ago, North America drifted west and collided with a vast tectonic plate called the Pacific Plate, which underlies much of the present-day Pacific Ocean. The collision pushed the Joshua tree region up above the water. It also generated intense heat and pressure that exposed the previously formed gneiss to a new round of metamorphism. As North America continued to push west, it overrode the eastern edge of the Pacific Plate, which was pushed deep below the surface of the Earth in a process called “subduction.” As the eastern Pacific Plate subducted under western North America, it was pushed nearly 400 miles below the surface of the Earth and as far east as Texas. All told, up to 12,000 miles of Pacific Plate may have been pushed under North America. Throughout this process, the eastern edge of the Pacific Plate acted like a giant conveyer belt, carrying vast amounts of ocean water deep underground. The friction of the moving plates and the intense interior heat of the Earth caused the ocean water to boil, helping to melt nearby rocks and sending huge pools of magma rising under Southern California. When the rising magma reached the previously formed gneiss (which was buried five to 10 miles underground). It stopped rising and cooled into granite. This granite would ultimately form Joshua tree’s unique rock formations. As the years wore on, additional erosion sculpted these rock formations into the seemingly unnatural rock formation seen today in Joshua Tree National Park.