Bodie and Beyond ADV 2-Day

Here's your opportunity to EXPLORE one of the most rugged and remote gold and silver mining towns from the wild west. Your OFF-ROAD route travels back in time to an amazing ghost town with entire buildings undisturbed and still intact from the last day the townspeople packed their bags and said goodbye to Bodie on your ADVENTURE.

This is the perfect summertime adventure ride which begins at the beautiful South Lake Tahoe where you will experience the ideal temperatures for dual sport adventure riding. You will explore spectacular high mountain passes and historic dirt wagon routes to the most remote and pristine ghost town from the California Gold Rush.

Bodie & Beyond dual sport adventure ride will take you back in time to experience the best-preserved genuine ghost town frozen in time from the wild west. Bodie is located above 8,000 feet elevation in the high plains desert east of the Sierra Nevada and north of the vast Mono Lake Basin. Your journey will explore the wide-open expanse of the Mono Lake Basin to the water's edge where ancient Tuffa rock formations rise out of the lake like something from another world. You will also have the opportunity to explore historic dirt wagon supply routes in the High Sierra to Bodie & Beyond.

In 1859 William S. Bodey discovered gold while prospecting in the remote high plains desert mountains near what is now named Bodie California. Although William S. Bodey seemed to live a respectful life in his community of Poughkeepsie his lust for a more adventurous life got the best of him when he heard the news of gold being discovered in California. Soon after hearing the news of gold being discovered, Bodey said goodbye to his wife and two children and set sail to for California in search of gold and adventure.

Bodie California was a rough and rowdy wild west town in its heyday and undoubtedly one of the most legendary ghost towns in the Western U.S. Gold was first discovered in this remote location by the adventurous prospector named Willian S. Bodey. His discovery sparked a gold rush to the area, and the town of Bodie California sprang up around Bodey's discovery. Unfortunately, Bodey never had the opportunity to prosper from his discovery or see the rise of the town that was named after him due to an unexpected blizzard that took his life while making a supply trip in the Sierra Nevada. Although the town was named after this adventurous prospector, the spelling of the name was changed due to a mistake when the first sign painter misspelled his name, and the word Bodie stuck.

The boom of Bodie occurred in 1876 when a mine caved, exposing a profitable deposit of gold-bearing ore, which transformed Bodie from an isolated mining camp comprising of a few hundred prospectors to a Wild West boomtown. Rich discoveries in the adjacent Bodie Mine during 1878 attracted even more hopeful people. By 1879, Bodie had a population of over 10,000 people and over 2,000 buildings. By the end of the boom, the Bodie mines had produced gold valued at nearly $34 million. As a bustling gold mining center, Bodie had the amenities of larger towns, including a Well Fargo, four volunteer fire companies, a brass band, railroad, miners' and mechanics' unions, several daily newspapers, and a jail. At its peak, 65 saloons lined Main Street, which was only one-mile long. Murders, shootouts, barroom brawls, and stagecoach holdups were regular occurrences its heyday.

Bodie like many other mining towns had a popular red-light district where ladies of the night set up inside one-room cabins “cribs” for miners and the badmen of Bodie. Women with colorful names such as Beautiful Doll were sought-after every night, but the town’s most famous prostitute was Rosa May. Born in Pennsylvania, Rosa May ran away at age 16 and drifted west, where she worked as a prostitute in mining camps to survive. Rosa May moved to Bodie in 1890 where she became best known as (a hooker with a heart of gold) after giving life-saving care to many sick miners during a deadly breakout. During this time Rosa May contracted the deadly disease while caring for the menfolk and eventually died due to her illness in the winter of 1911. After her death, Rosa May was buried outside of the cemetery because she was a prostitute, and some of the “upper-class” women in town would not approve of her getting a proper burial among the more “respectable” folks.

During its heyday, Bodie was second to none for wickedness, badmen and "the worst climate out of doors." One little girl, whose family was taking her to the remote and infamous town, wrote in her diary: "Goodbye God, I'm going to Bodie." The phrase came to be known throughout the West.

Bodie is now an authentic Wild West ghost town. The town was designated a National Historic Landmark in 1961, and in 1962 the state legislature authorized the creation of Bodie State Historic Park. A total of 170 buildings remained. Bodie has been named as California's official state gold rush ghost town. 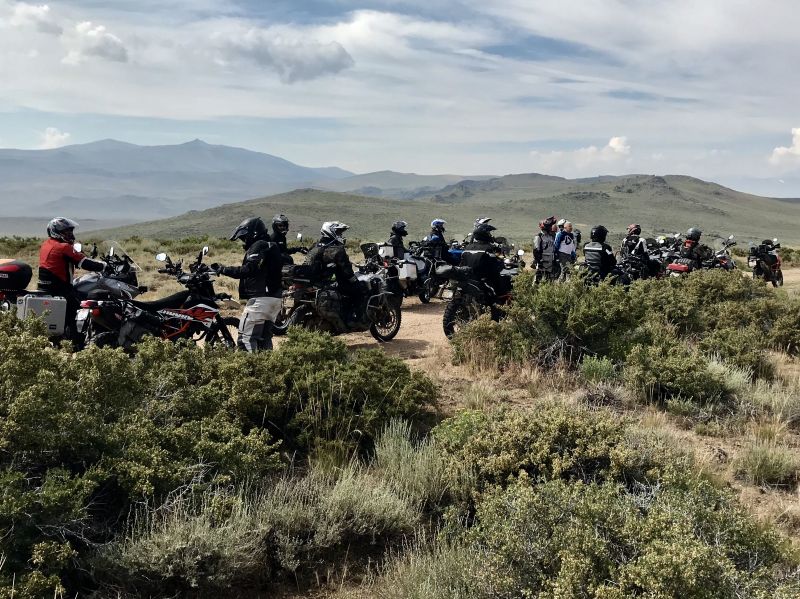 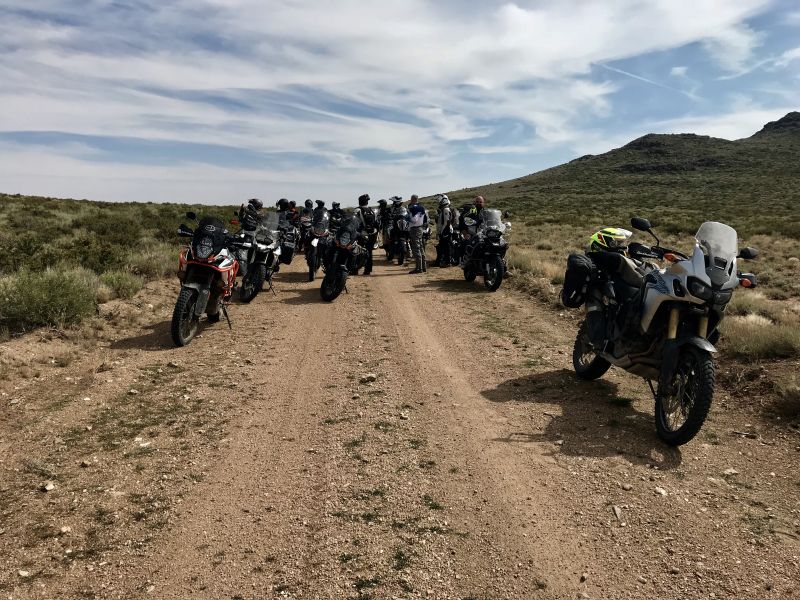 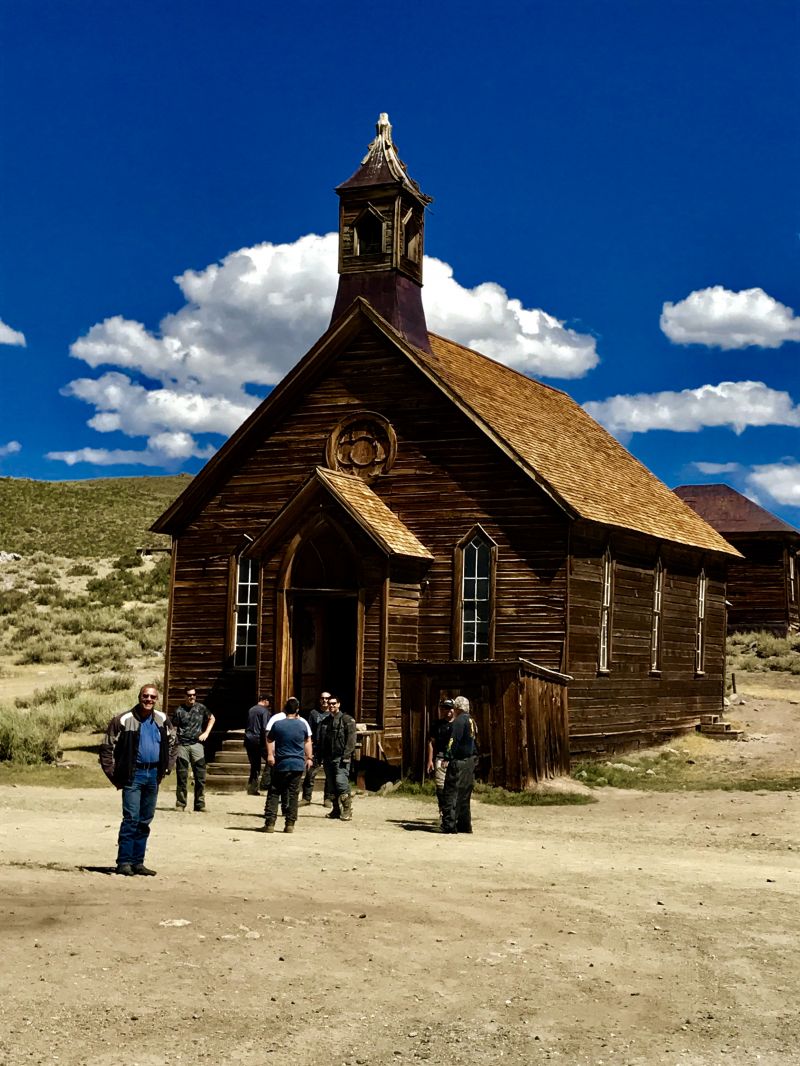 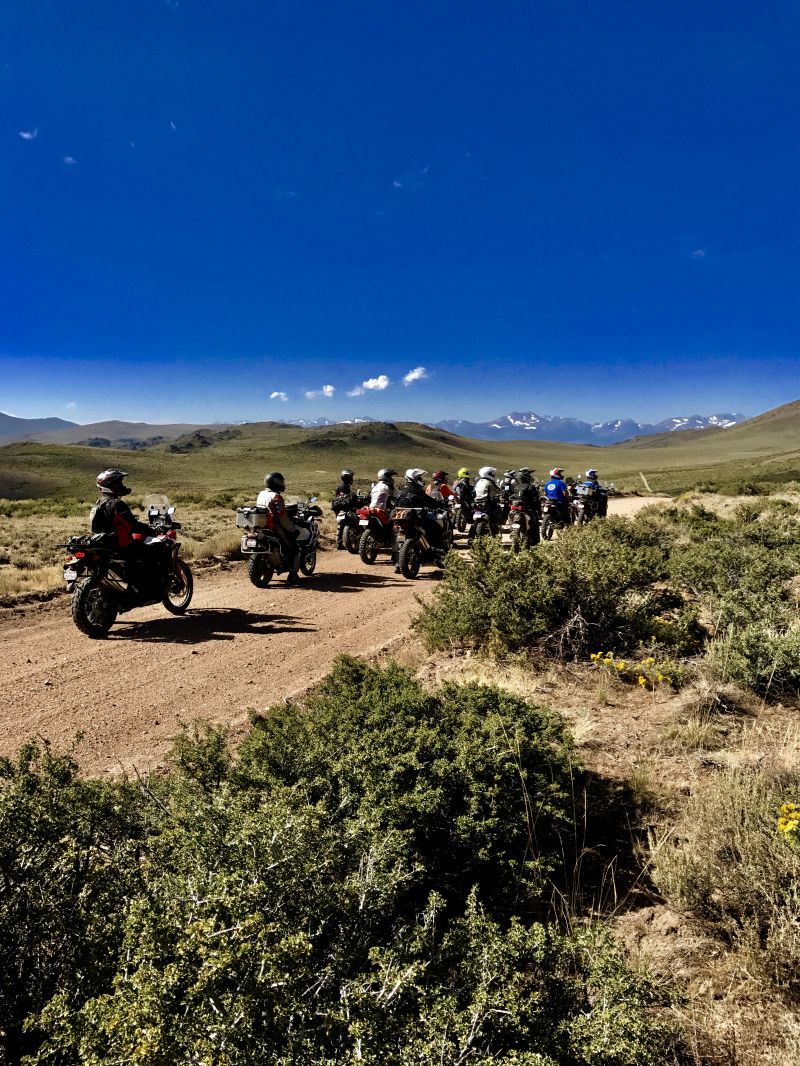 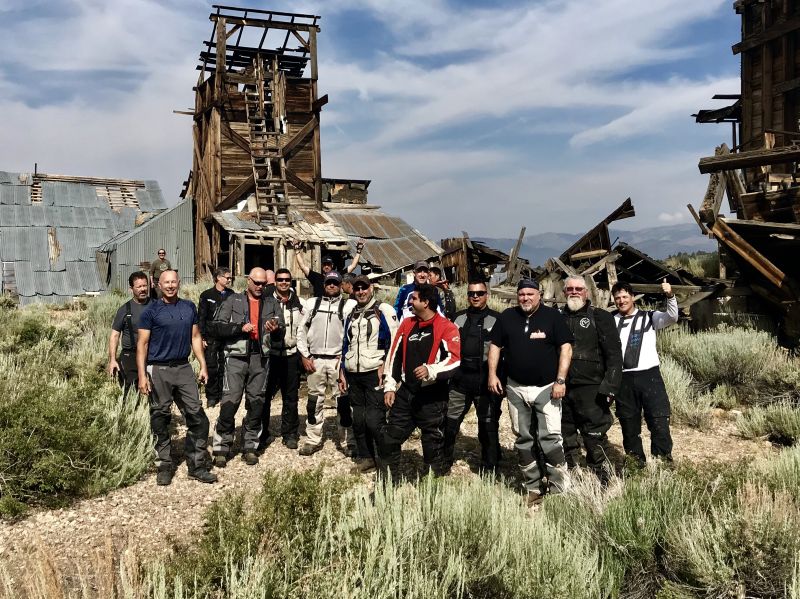 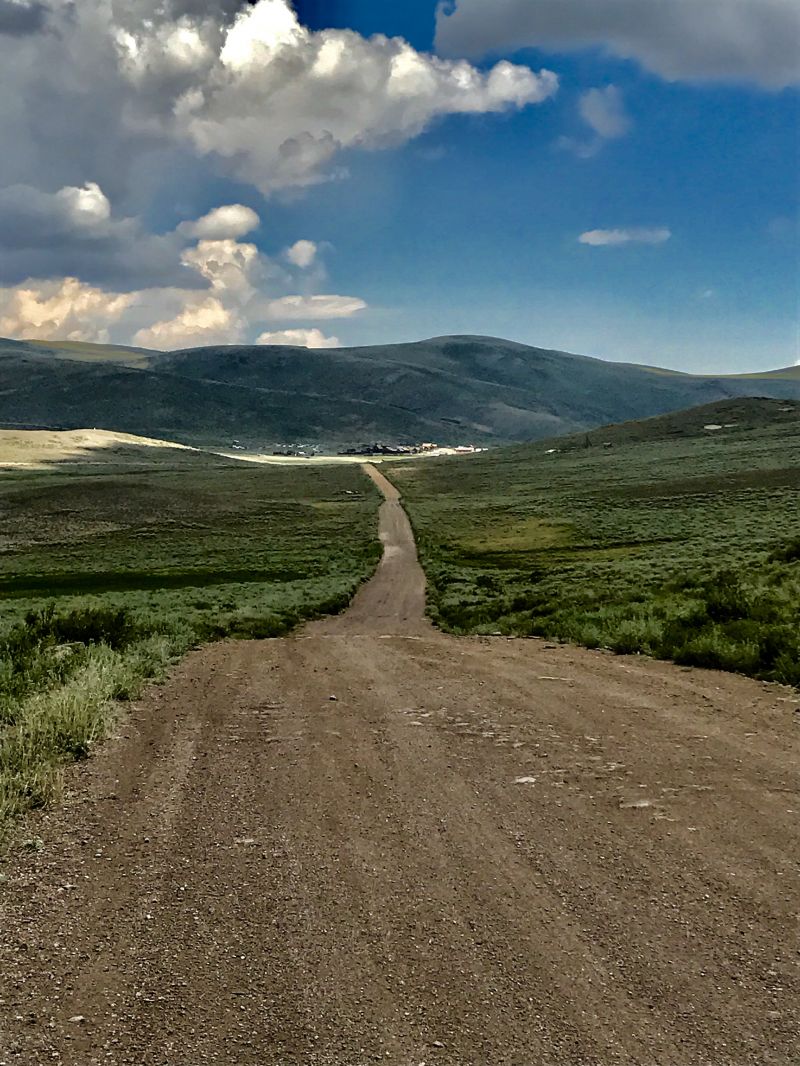 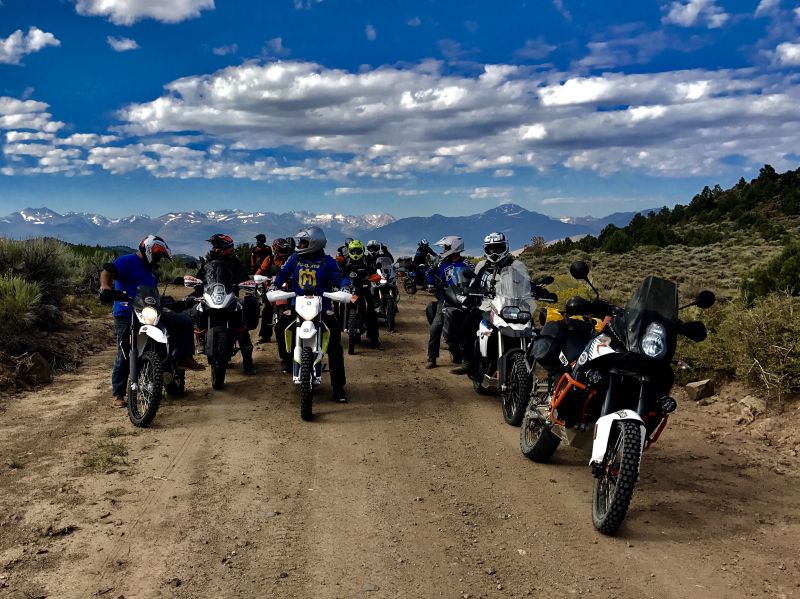 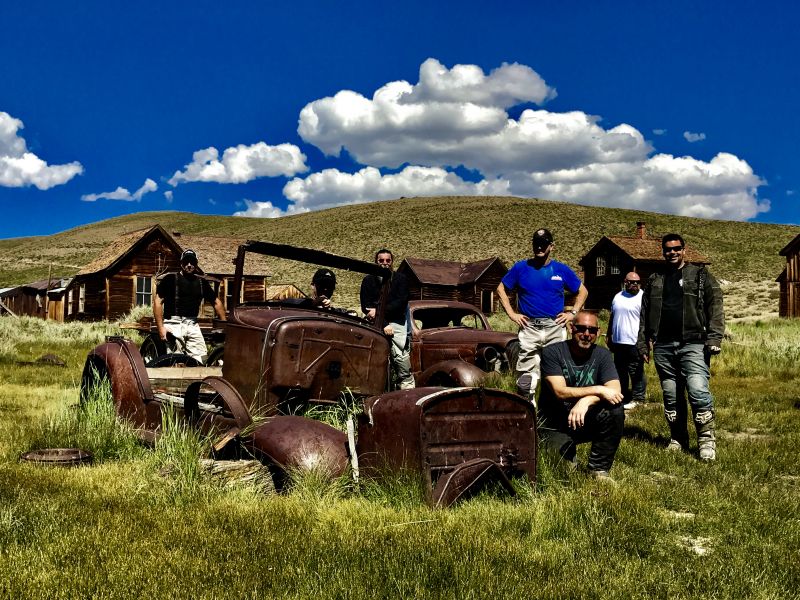 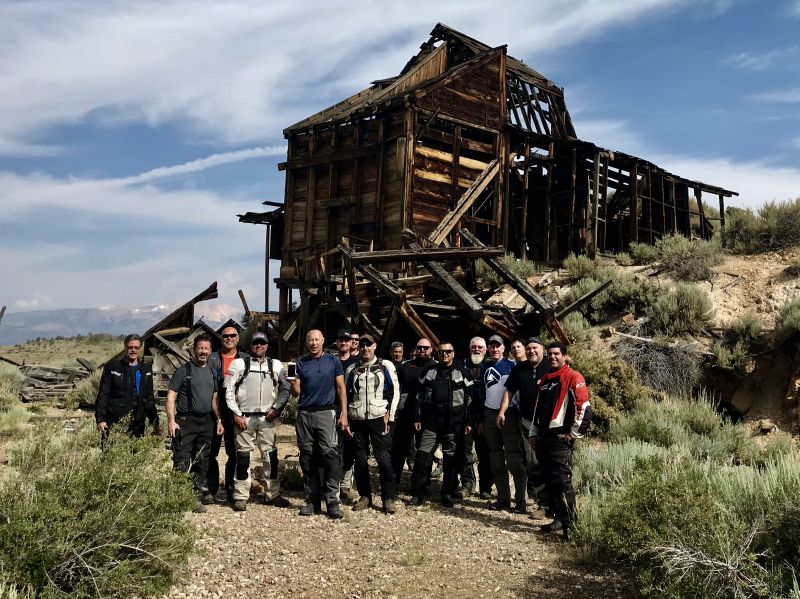 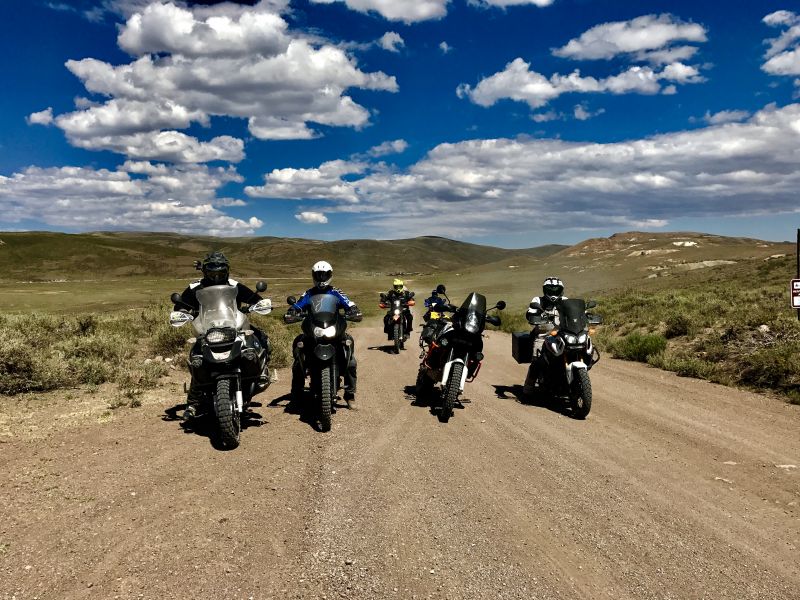 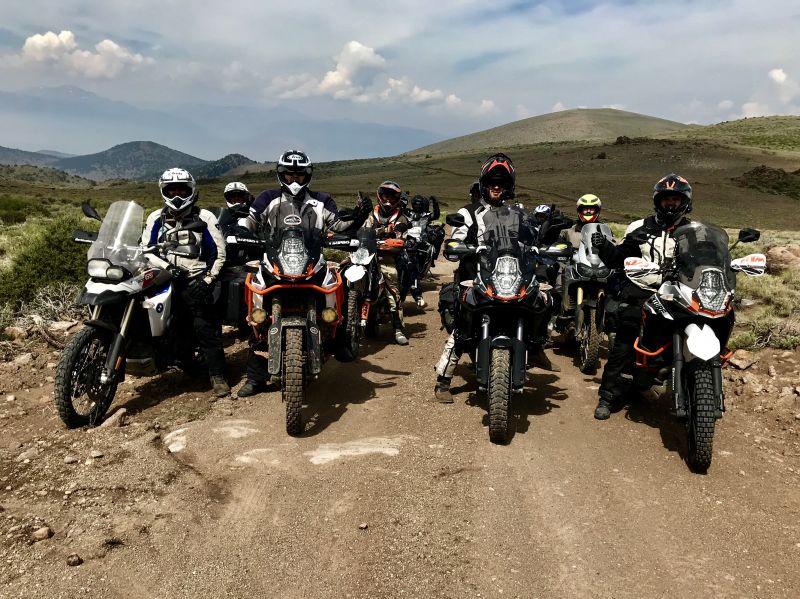 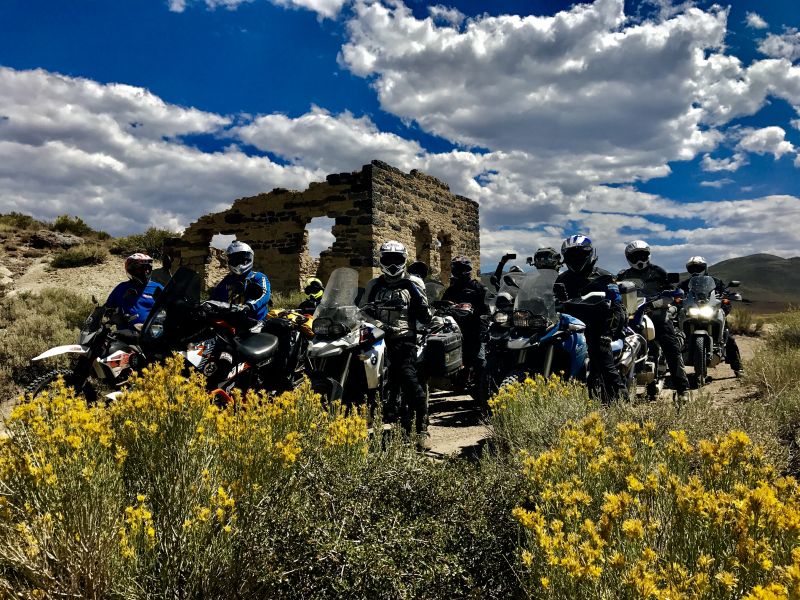 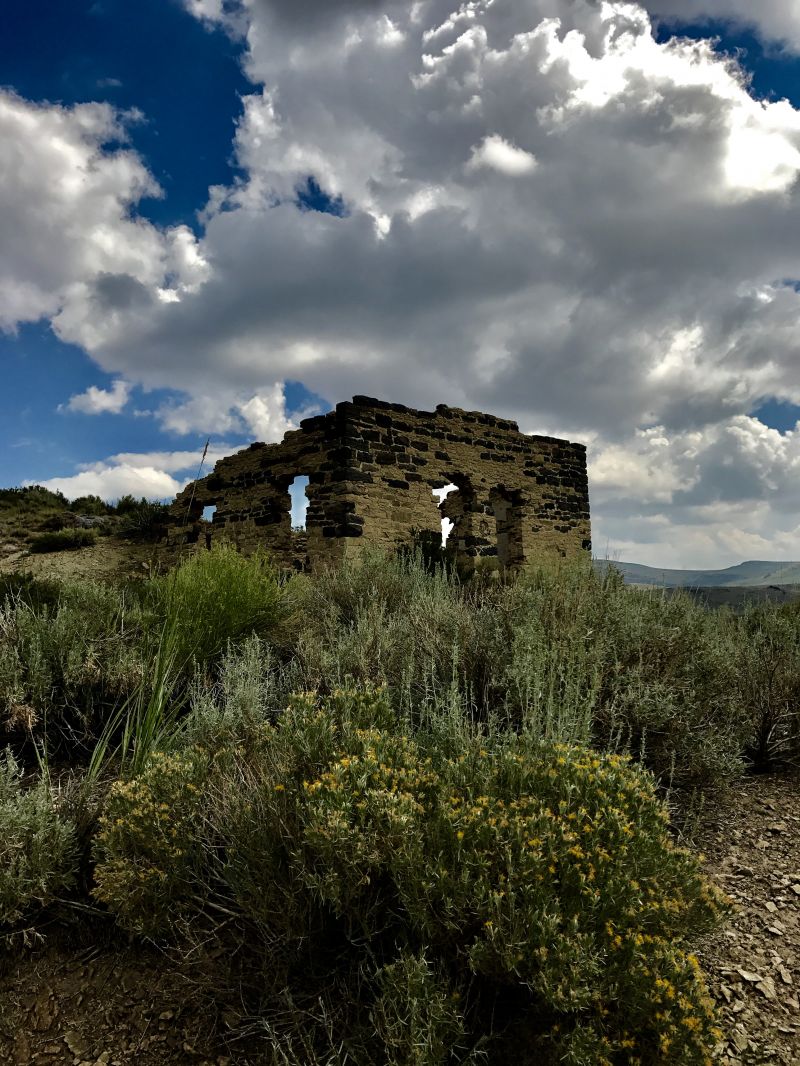 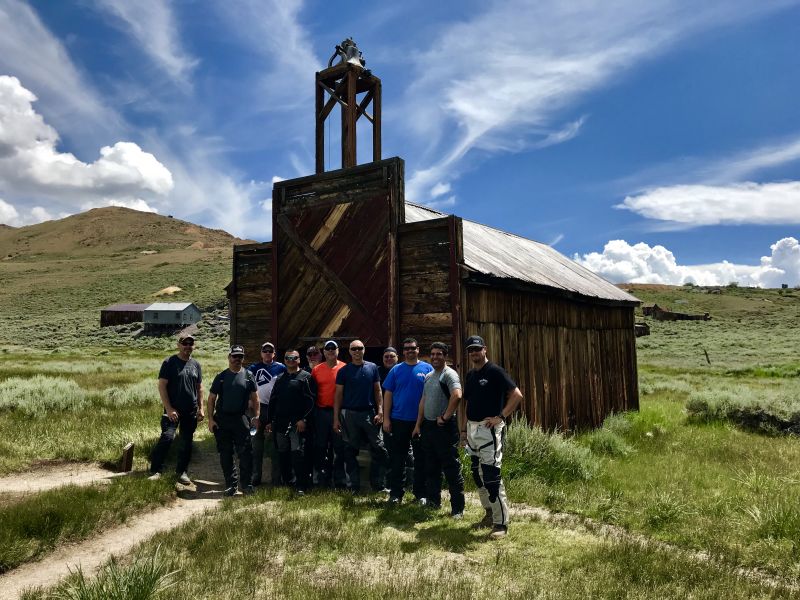 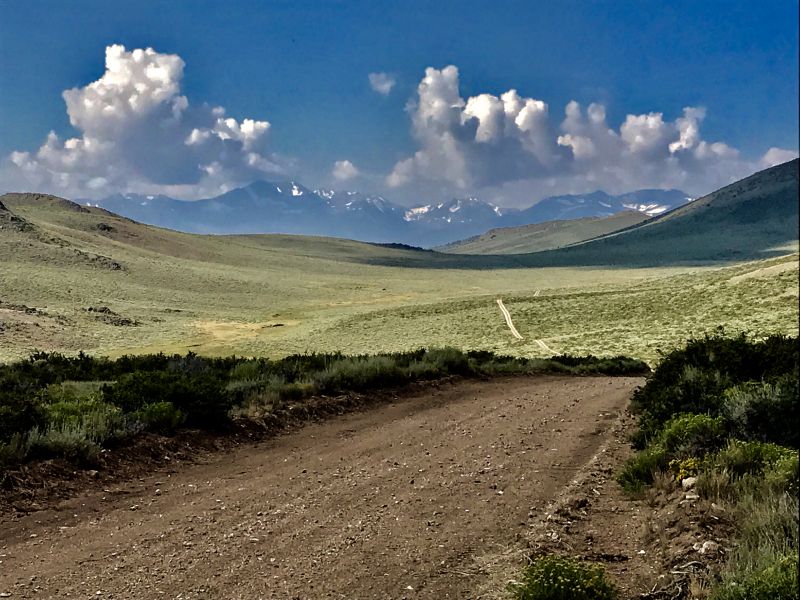 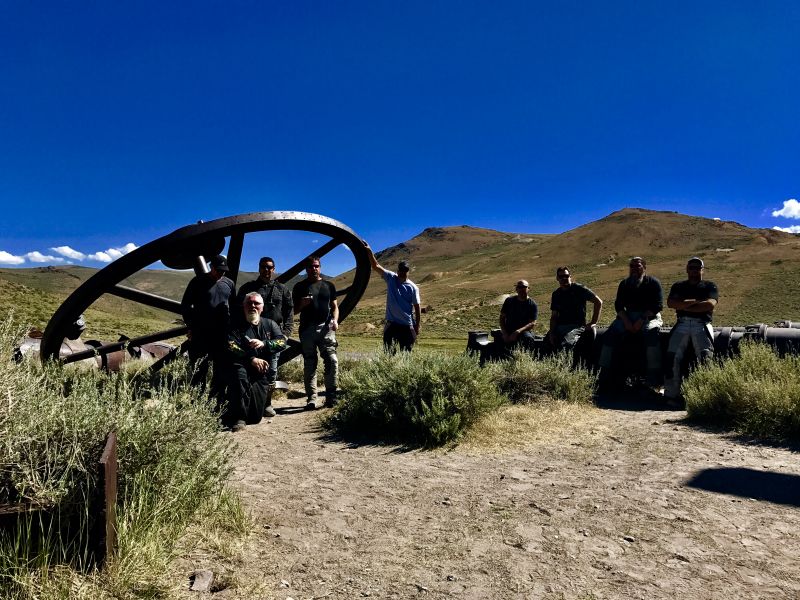 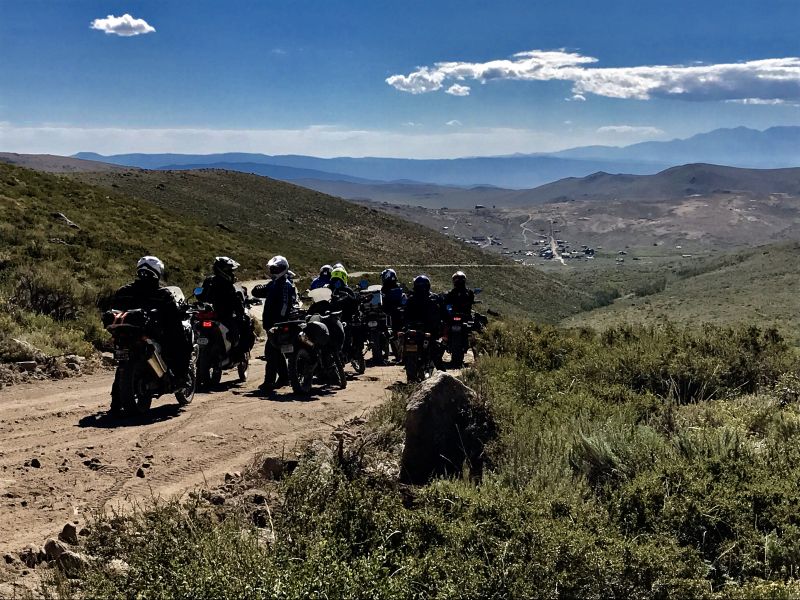 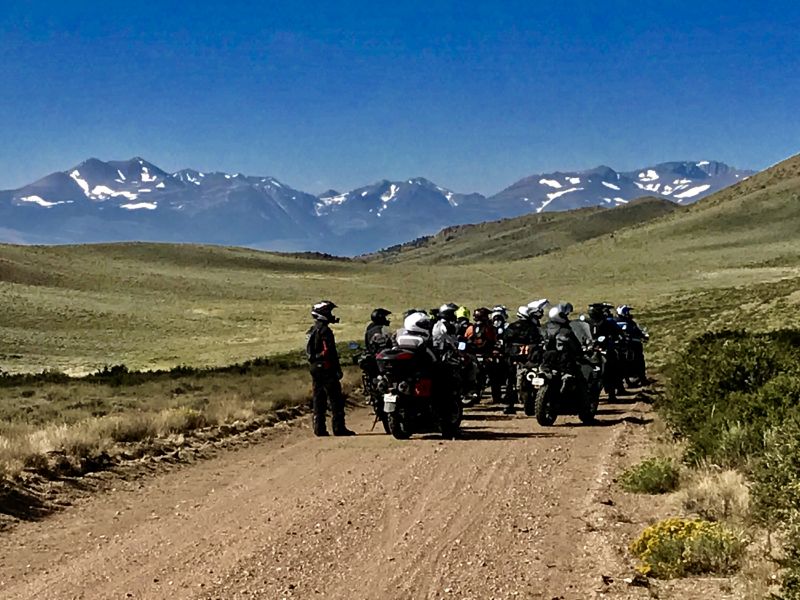 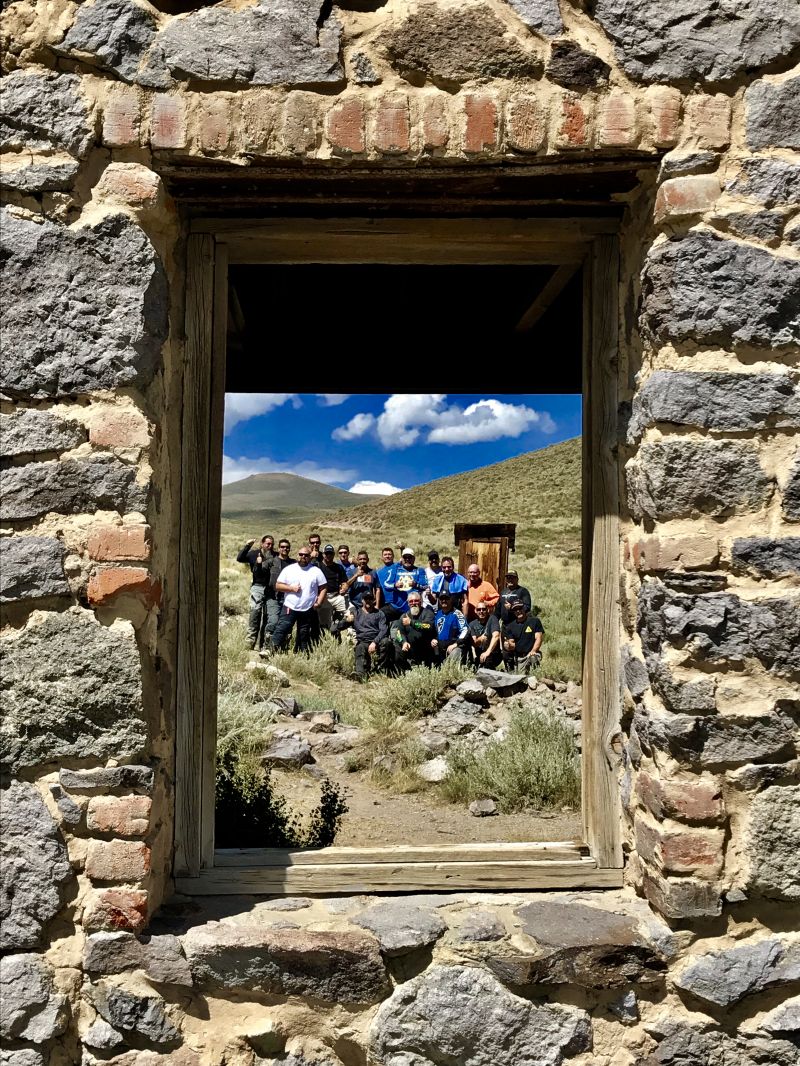 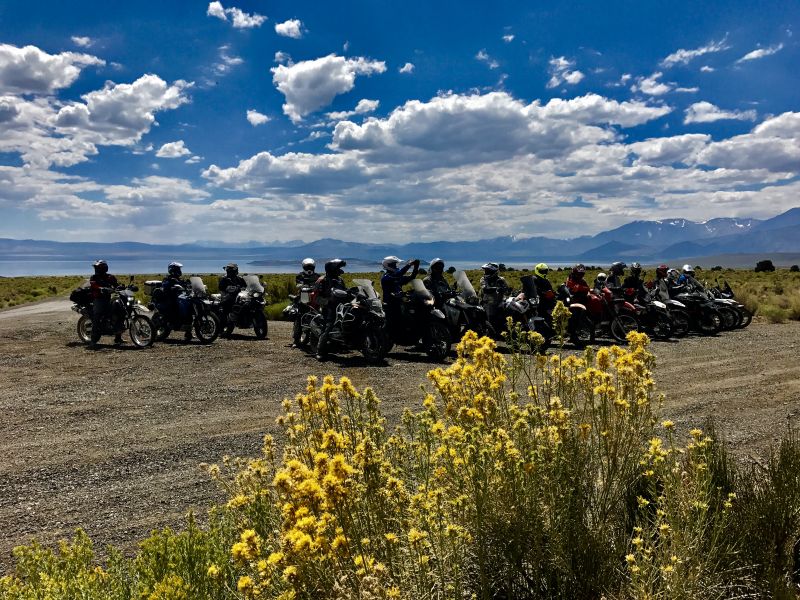 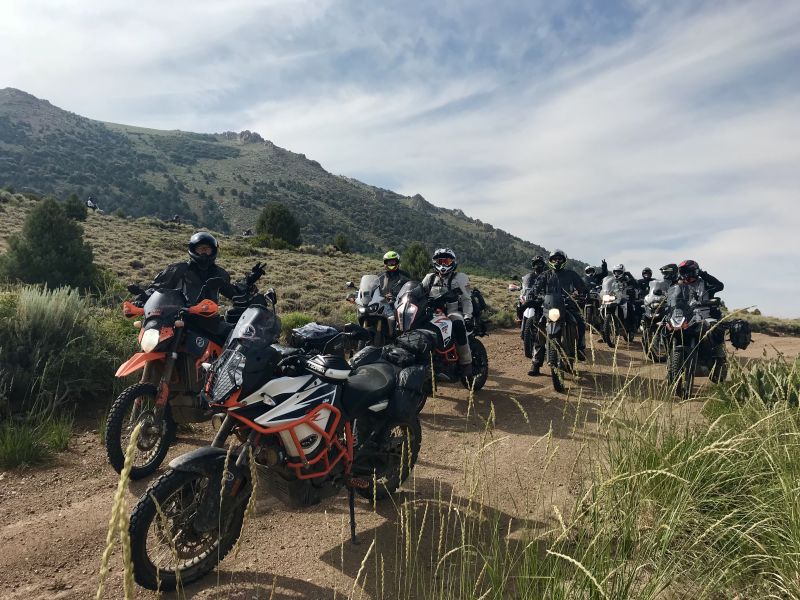 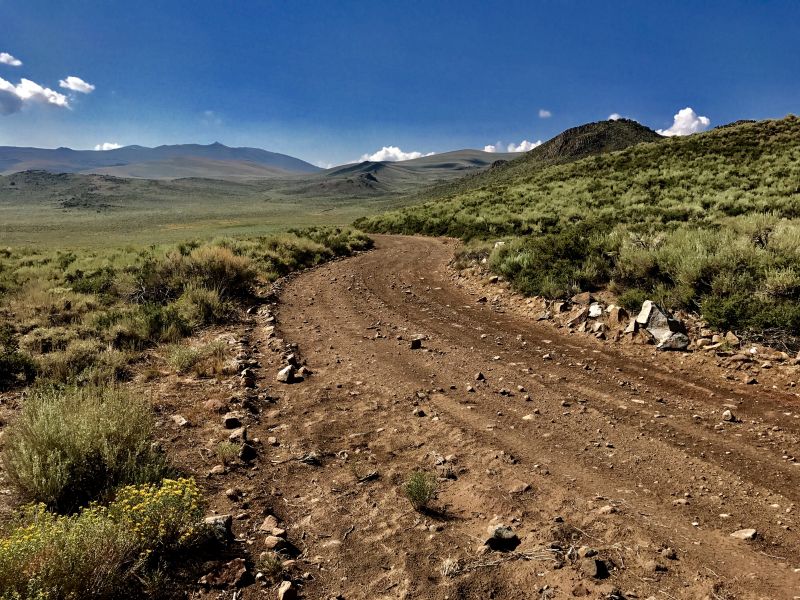