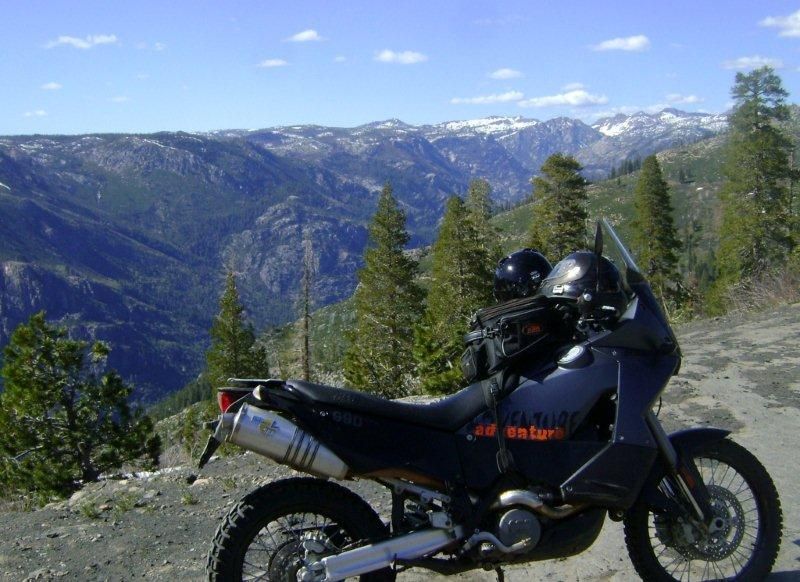 The Great Western Canyons (GWC) dual-sport adventure is a remote off-road route for serious dual sport adventure riders. The (GWC) ride explores the great river canyons on the western slope of the Sierra Nevada from the Yuba River, American River, Cosumnes River, Mokelumne River to the Stanislaus River Canyon. The (GWC) route uses mostly unpaved remote dirt roads through beautiful wooded forest and spectacular river canyons. Many of the remote dirt roads have been in place for decades and some have a significant history dating back to the California Gold Rush. 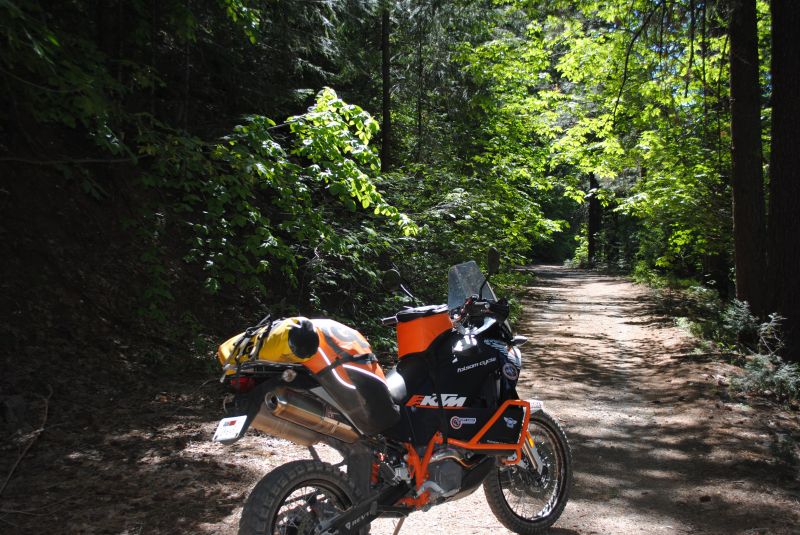 The (GWC) was created by Sierra Nevada Adventures (SNA) from a lifetime of exploring the wild, rugged and scenic locations in the Sierra Nevada wilderness. (SNA) have combined the perfect combination of twisty single-lane patched paved roads, remote dirt roads, and rugged, narrow two-track dirt roads with steep grades, exposed corners, and no warning signs and no guard rails. The (GWC) offers a less-traveled path for the serious dual-sport adventure rider looking to experience the wild and scenic great river canyons on the western slope of the Sierra Nevada. 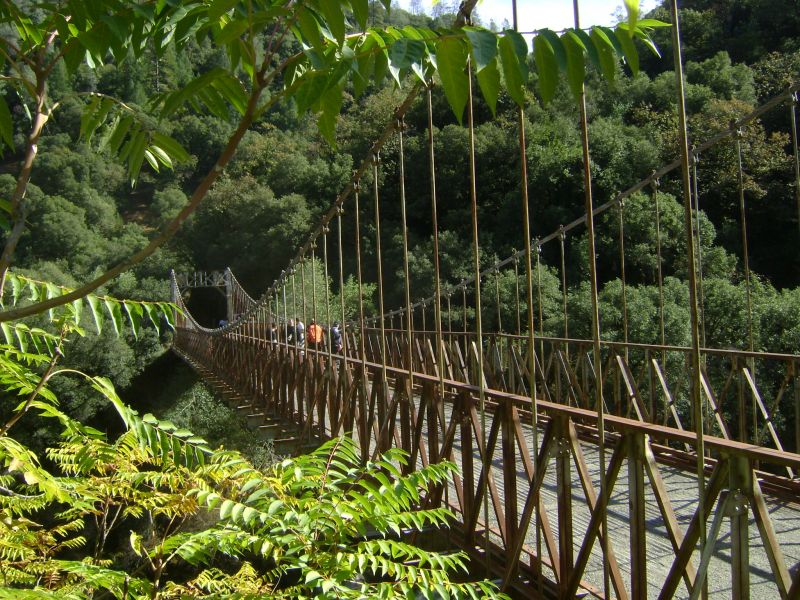 The American River is the gold discovery site of the California Gold Rush that began on January 24, 1848, when gold was found by James W. Marshall at Sutter's Mill on the south fork of the American River. James W. Marshall, a foreman working for Sacramento pioneer John Sutter, discovered the shiny metal in the tailrace of a lumber mill Marshall was building for Sutter on the American River which later became known as Coloma, California. Marshall brought what he found to John Sutter, and the two privately tested the metal. After the tests showed that it was gold, Sutter expressed dismay: he wanted to keep the news quiet because he feared what would happen to his plans for an agricultural empire if there were a mass search for gold. However, rumors soon started to spread and were confirmed in March 1848 by San Francisco newspaper publisher and merchant Samuel Brannan. The most famous quote of the California Gold Rush was by Brannan; after he had hurriedly set up a store to sell gold prospecting supplies, Brannan strode through the streets of San Francisco, holding aloft a vial of gold, shouting "Gold, Gold, Gold, from the American River."

Word of the Gold Rush spread slowly at first. The earliest gold-seekers were people who lived near California or people who heard the news from ships on the fastest sailing routes from California. The first large group of Americans to arrive were several thousand Oregonians who came down the Siskiyou Trail. Next came people from the Sandwich Islands, and several thousand Latin Americans, including people from Mexico, from Peru, and from as far away as Chile, both by ship and overland. By the end of 1848, some 6,000 Argonauts had come to California. By the beginning of 1849, word of the Gold Rush had spread around the world, and an overwhelming number of gold-seekers and merchants began to arrive from virtually every continent. The largest group of forty-niners in 1849 were Americans, arriving by the tens of thousands overland across the continent and along various sailing routes (the name "forty-niner" was derived from the year 1849). Many from the East Coast negotiated a crossing of the Appalachian Mountains, taking to riverboats in Pennsylvania, poling the keelboats to Missouri River wagon train assembly ports, and then traveling in a wagon train along the California Trail. Tens of thousands of others people, infected with "gold fever" came by way of steamships from around the world for the Gold Rush. 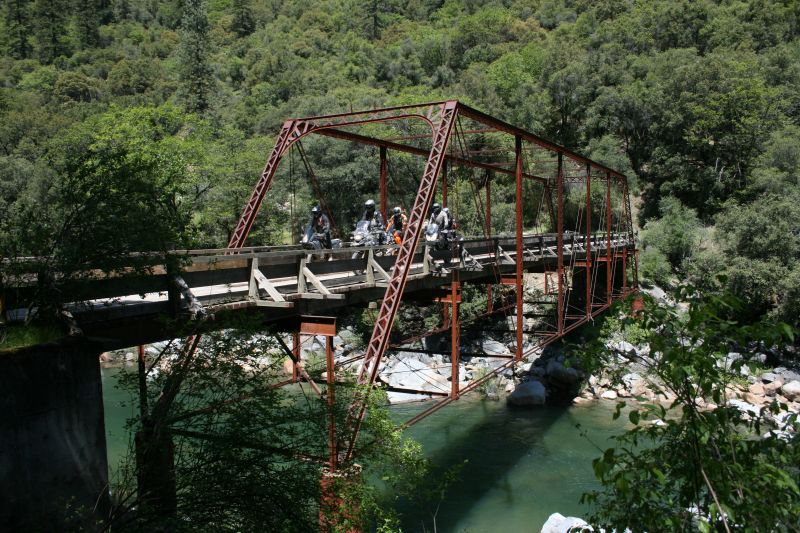 The Yuba River located in the northern gold country is a tributary of the Feather River in the Sacramento Valley of California. It is one of the Feather's most important branches, providing about a third of its flow. The main stem of the river is about 40 miles long, and its headwaters are split into North, Middle and South forks; the confluence of the former two is considered the beginning of the Yuba. The river drains about 1,339 square miles of the western slopes of the Sierra Nevada. The Yuba was named by early Spanish or Mexican scouting expeditions in the region who found wild grapes growing along the banks of the river, and dubbed it using a variant spelling of the Spanish word uva (grape). The California Gold Rush brought some of the first European-American settlers into the area, followed by many Mexican, African and Chinese emigrants. The Yuba River and its forks were one of the more popular destinations for the gold miners, who poured to the region in great numbers. Although gold was first extracted by simple methods such as panning and sluicing, mining operations quickly turned into large-scale industrial hydraulic mining. About 25 million cubic yards of hydraulic mining debris was carried down the Yuba River Canyons. This raised stream beds up to 50 ft in places, buried riverside land under sediment and increased flooding risks. The practice of hydraulic mining was banned in 1884 following lawsuits by farmers who had been affected by the debris flows. Much of the debris left by the destruction of hydraulic mining remains as the Yuba Goldfields. 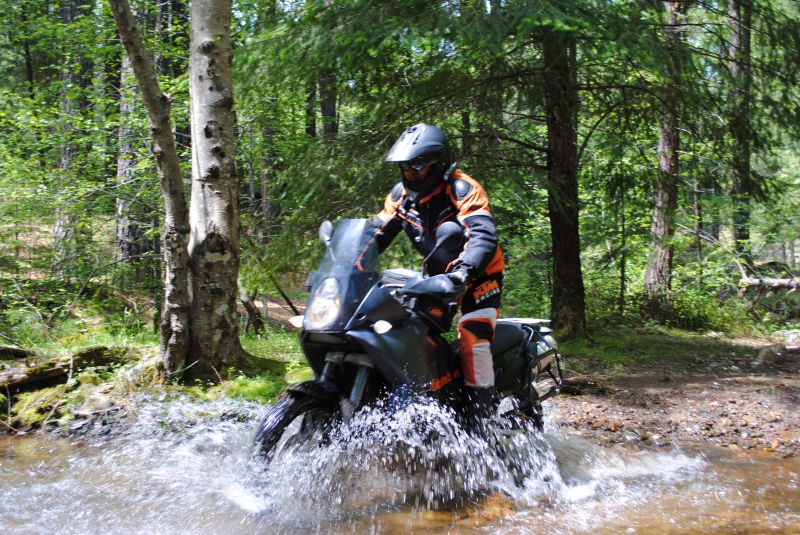 The Cosumnes River pronounced "kunsumniss," by many of the locals in this region who insert an "n" where there is none in the first syllable. The name Cosumnes is derived from the native Miwok word "kosum" meaning "salmon". The Cosumnes and the Clavey River are the only rivers in the western Sierra without major dams, although two small diversion dams do cross the river just upstream from Rancho Murieta near the edge of the foothills the Cosumnes River remains as an untamed wild river. The headwaters of the Cosumnes starts as North, Middle, and South forks cutting canyons through the El Dorado and Amador County Gold Country before converging just east of Highway 49. While there were many rich sites along the Consumnes the best-known sites east of Highway 49 were Indian Diggings, Newtown, and Grizzly Flats. Indian Diggings, located 25 miles southeast of Placerville was a brisk and lively place with several hundred miners working the rich gravels and up to five or six hundred at its peak. Indian Diggings was the northernmost point of what was called the great limestone belt that ran south some 40 miles to the neighborhood of Volcano, Murphys, Columbia, and Sonora. In some places, the limestone had turned to marble while in others it rose in ridges through the slate with numerous fissures and natural caverns with stalactites and stalagmites of great beauty. Newtown was located eight or ten miles southeast of Placerville on the North Fork of the Consumnes and, along with Grizzly Flats, eight or ten more miles to the southeast had a rich amount of both hydraulic and quartz mining. The name Grizzly Flats was given by miners who were surprised by a grizzly bear in 1850. 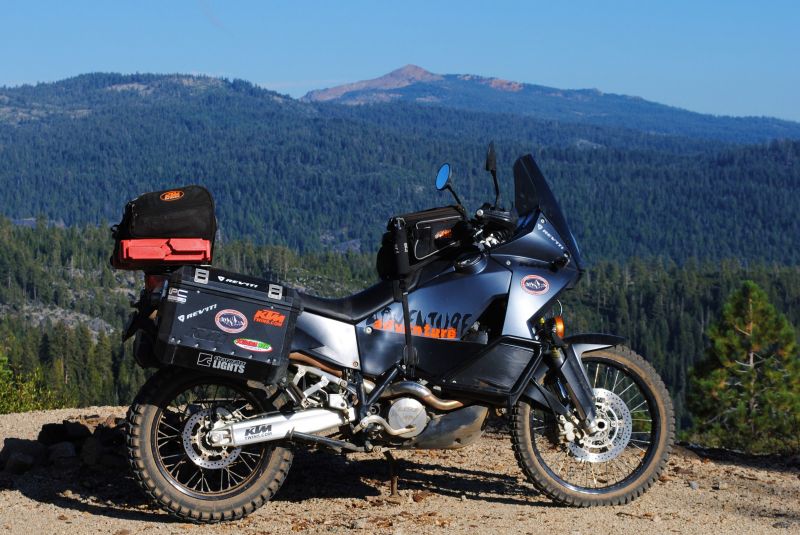 The Mokelumne (pronounced moo-ka-la-mi) is formed by the North, Middle, and South forks that rise in the central Sierra Nevada in the Stanislaus National Forest. The 62-mile North Fork is the largest, originating at Highland Lakes at an elevation of 8,584 feet. From its source it flows north through Hermit Valley then turns west creating the glacial carved Mokelumne River Canyon. The south rim of the Mokelumne Canyon provides spectacular panoramic views from vertical granite cliffs and large granite domes thousands of feet above the majestic river below. The Mokelumne River basin was originally inhabited by Yokuts, Miwok, and Wintun Native American people. The lower (western) basin was the most densely populated, with numerous villages between the fringe of the Sierra foothills and the eastern edge of the Sacramento–San Joaquin Delta. The Miwoks called the river Wakalumitch, meaning "Big River". During the California Gold Rush, the Mokelumne was a major gold-producing stream. The first person to discover gold in the Mokelumne was likely Charles Weber in 1848. Weber did not stay in the area for long; he moved on to the Coloma diggings on the South Fork American River before establishing a supply center at present-day Stockton, several miles south of the Mokelumne River. Most of the Gold Rush profits and trade on the Mokelumne River would end up passing through Stockton. Also in 1848, Samuel W. Pearsall found gold at Mokelumne Hill, which by 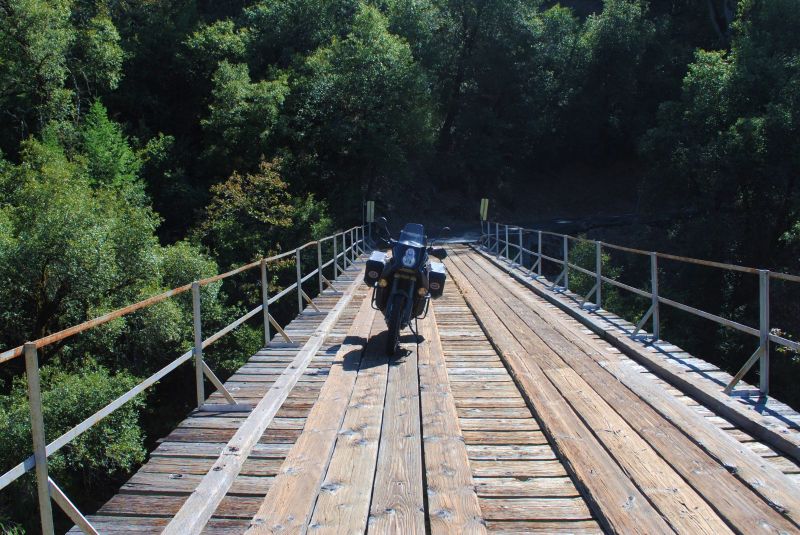 1850 grew into a gold mining boomtown. Mokelumne Hill was one of the richest gold mining towns in California. Founded in 1848 by a group of Oregonians, the placers were so rich that the miners risked starvation rather than head to Stockton to replenish their supplies (one finally did and made it rich by becoming a merchant). Soon after, gold was discovered in the nearby hills, so much so that miners were restricted to claims of 16 square feet and yet many of those claims were reported to have paid up to $20,000 per miner. By 1850 the town was one of the largest in the area, with its population reaching as high as 15,000 with people of all nationalities. Besides racial tensions, the easy gold attracted criminal elements, and the town gained a reputation as one of the most violent towns in the area. Notorious bandit Joaquin Murrieta is said to have been a frequent visitor to the gambling venues. Violence was a major problem as well. In 1851, there was at least one homicide a week for seventeen consecutive weeks. 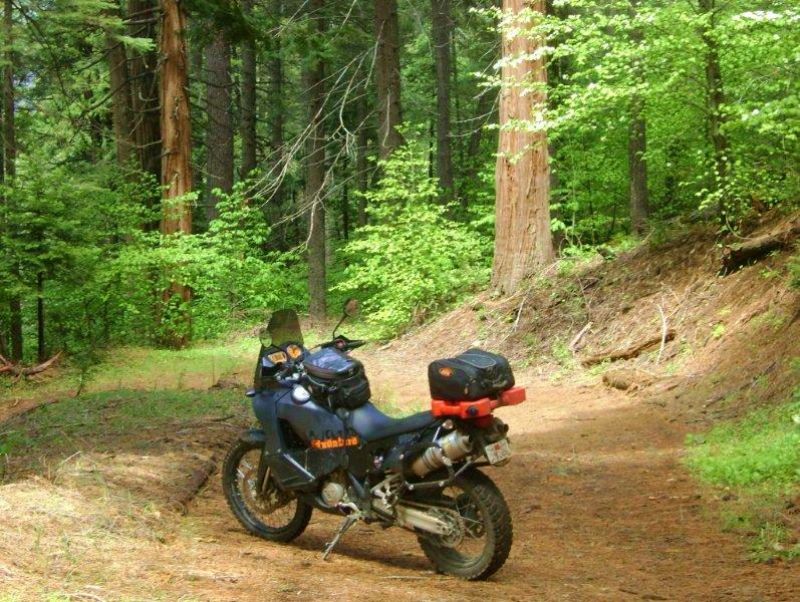 The Stanislaus River (pronounced Stan-Ä›s-läw) is one of the largest tributaries of the San Joaquin River. The headwaters begin in the Carson Iceberg Wilderness south of Ebbetts Pass and the Emigrant Wilderness which borders Northern Yosemite. The river is over 95 miles long and has north, middle and south forks. It drains a long, narrow area of the western Sierra Nevada and the northern part of the San Joaquin Valley. The first white man to explore the area was the famous mountain man, trapper, explorer Jedediah Smith. In 1826 Jedediah became the first American citizen to cross the Sierra Nevada near the present-day Ebbetts Pass. The area remained relatively untouched for over the next 20 years but things dramatically changed after the discovery of gold. Soon miners were working claims all over the mountains and mining camps sprang up throughout the Stanislaus river canyon such as, Melones, Carson Hill and the nearby town of Columbia was able to prosper with the help of a 60-mile aqueduct that carried water from the Stanislaus River. 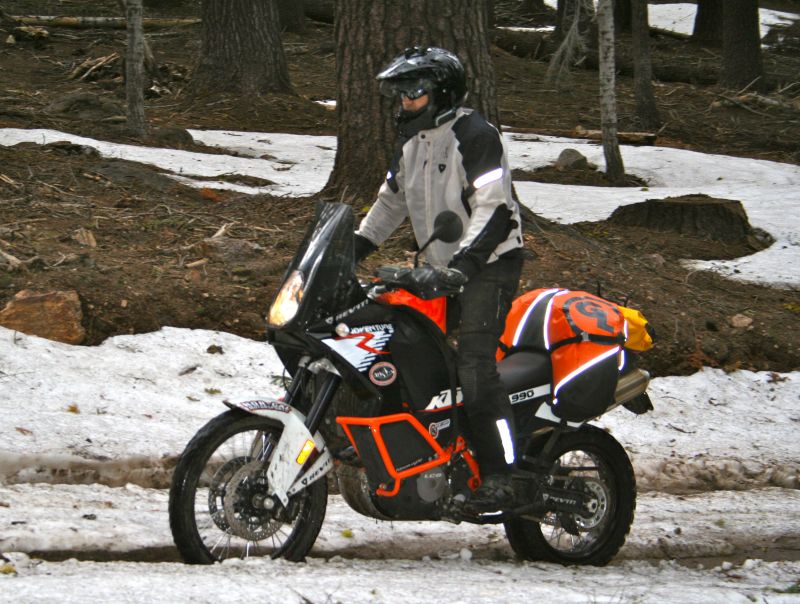 Gold nuggets the shape and size of melon seeds account for the naming of Melones, a rich placer mining camp located on the Stanislaus River established by Mexican miners in early 1848. Carson Hill near Melones was one of the most productive mining camps in California, with nearly $26 million in gold found in the area. In 1854 the largest piece of native gold found in California was the 195-pound mass discovered at Carson Hill. Columbia was founded as a boomtown in 1850 when gold was discovered in the vicinity, within weeks of the discovery of gold thousands of miners arrived and the population climbed to 5,000. By 1852, there were 8 hotels, 4 banks, 17 general stores, 2 firehouses, 2 bookstores, 1 newspaper, 3 churches, and over 40 drinking/gambling establishments. Between 1850 and the early 1900s, $150 million in gold was removed from Columbia giving it the nickname as the "Gem of the Southern Mines."