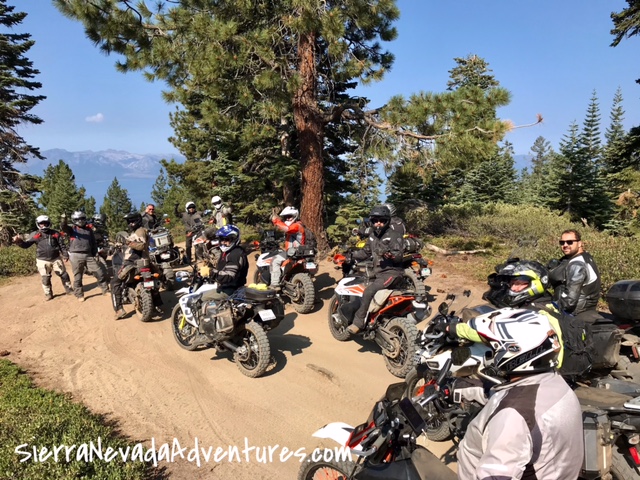 Here's your opportunity to explore the wild and scenic Tahoe region in the Sierra Nevada.

Your adventure ride begins on the edge of the foothills on the western side of the Sierra Nevada. You will have the opportunity to travel a great combination of back roads and explore a series of remote dirt roads through the historic Gold Country to the wild scenic Crystal Basin located on the western slope of Desolation Wilderness. Your off-road adventure explores through deep canyons, shady dense forest, and cascading creeks to crystal clear blue lakes with stunning views of the Crystal Range. After exploring off-road, you will have the opportunity to ride a scenic single-lane road through shady dense forest to a remote fire lookout which provides a spectacular panoramic view of the scenic Crystal Range in the Sierra Nevada. The mountain summit is your destination for lunch and taking in the panoramic view of the majestic Crystal Range. “Don’t forget your camera”. After your visit to the scenic lookout, you will explore a combination of curvy mountain roads, remote dirt roads, and scenic mountain passes to beautiful Lake Tahoe in the Sierra Nevada. You will have the opportunity to stay the night in the mountain resort town known as South Lake Tahoe. 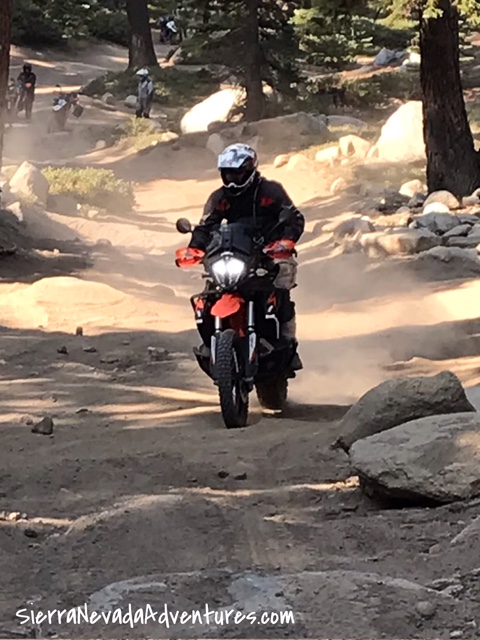 Your second day of adventure begins in South Lake Tahoe, then ventures out of town on a curvy mountain pass to the scenic Carson Range. The Carson Range named after the famous American frontiersman Kit Caron is a spur of the Sierra Nevada in eastern California and western Nevada that starts at Carson Pass and stretches north to the Truckee River near Verdi, Nevada. Your off-road adventure begins from the scenic mountain pass where you will leave the tarmac behind to explore north along the scenic Carson Range which provides impressive views of Lake Tahoe, known by the native Washoe Indians as “Big Water”. As you explore off-road along the crest of the scenic Carson Range you will see why the Washoe Indians appropriately named Tahoe as Big Water. Your adventure continues around Tahoe’s north shore to the small mountain town of Truckee, where you will stop for lunch and have the opportunity to visit the historic Donner Camp. The historic pioneer site known as Donner Camp is the location where the members of the ill-fated Donner Party were trapped by weather during the winter of 1846 and 1847. Caught without shelter or adequate supplies, members of the group resorted to cannibalism to survive. The Sierra Nevada site has been designated a National Historic Landmark. 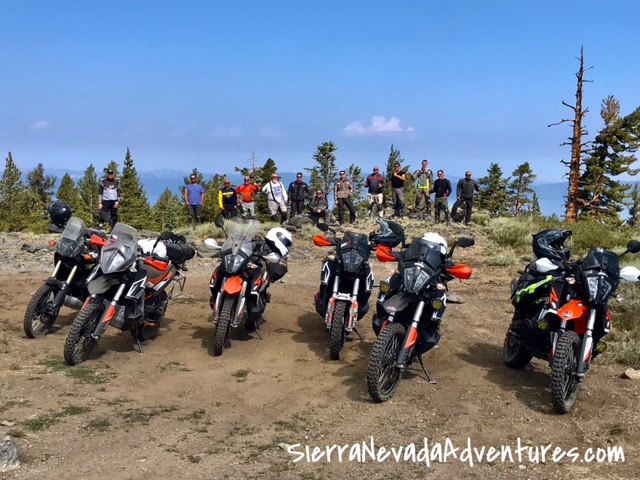 Beyond Donner Camp, your adventure travels over the historic Donner Pass to a scenic overlook that provides a panoramic view of Donner Lake and the surrounding Sierra Nevada Mountains. From this scenic overlook, you will also see the abandoned Donner Summit Tunnels. These historic Donner Summit Tunnels were carved out of solid Sierra granite to create the first Transcontinental railroad where the first pioneer wagon train crossed the Sierra Nevada into California. The majestic mountain located to the south side of the Donner Summit Tunnels is named after the man with a dream. Theodore Judah was a man with a dream, and his dream was to build a railroad over and through the Sierra Nevada Mountains. In the mid-19th century, the civil engineer surveyed a large stretch of the Sierra route to be used and found funds to make the Transcontinental railroad a reality. A key part of this route lies at the historic Donner Pass. At the summit lies a series of abandoned tunnels that were completed in August 1867, and the first train passed through the historic tunnel in 1868. Unfortunately, Judah did not live long enough to see his dream come true; Judah died in 1863 during an eastbound adventure during a quest to build his dream project. 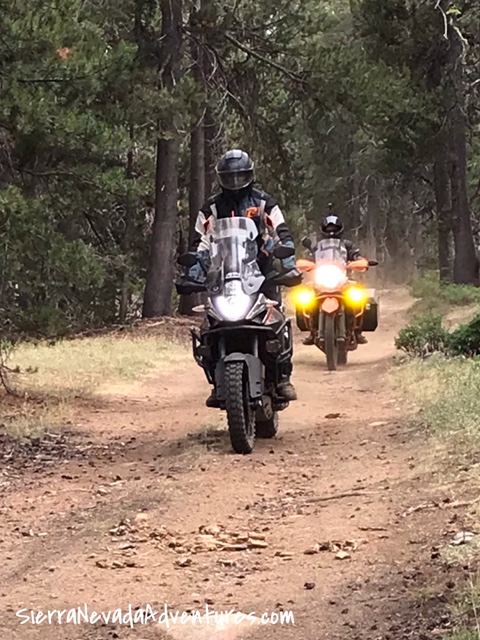 Your off-road adventure begins a short distance beyond Donner Pass where you will explore a historical wagon route that was traveled by pioneers during the California Gold Rush. This historical wagon route remains much intact as it looked to the pioneers that traveled up and over this vast stretch of mountain wilderness. You will have the opportunity to venture into this vast mountain wilderness, past old-growth pines, groves of aspen trees, and be stunned by the breathtaking views of the Royal Gorge including a panoramic view of high Sierra Peaks on your adventure.

The Crystal Basin located on the western slope of the Crystal Range spans roughly 85,000 acres in El Dorado National Forest, which simply means it’s your public land to explore. The Crystal Basin is filled with beautiful scenery consisting of lakes, reservoirs, forests, streams, waterfalls, and stunning views of the Crystal Range. Historically speaking, the El Dorado National Forest region was originally home to Miwok, Maidu, and Washoe tribes before pioneers explored the area in search of “gold” in California. The name El Dorado is Spanish for the golden one and later became the name of a legendary “Lost City of Gold” that has fascinated and so far, eluded explorers since the days of the Spanish Conquistadors. For those who know Spanish, it’s obvious that the name of the forest is not the common spelling for El Dorado. The historical reason for this unusual spelling is not clear in the records. Some say it was a typo, other’s say it has a Chilean root that came with the early gold miners. Regardless of how it is spelled, it has been spelled that way for over 100 years, long enough to be part of the national forest’s distinct heritage. The El Dorado National Forest created on July 28, 1910, was carved out of the existing Tahoe National Forest to the north and Stanislaus National Forest located to the south. The story of today’s national forest is written on its wild landscapes and in the hearts and spirits of people who seek adventure. 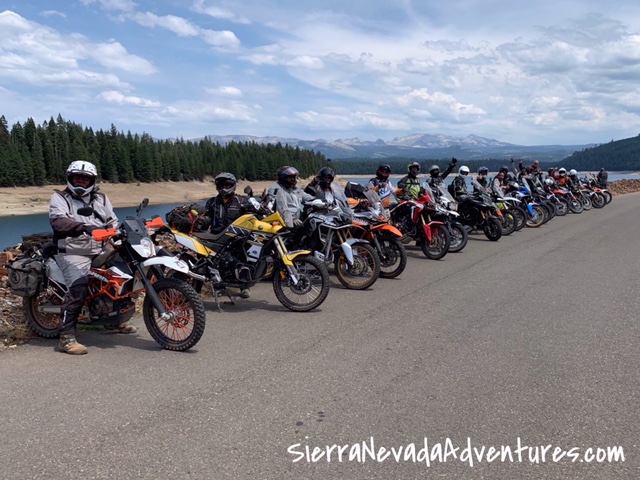 The Crystal Range is a majestic small chain of mountain peaks located in Desolation Wilderness in the state of California. This impressive range is a subrange of the Sierra Nevada Mountains, located west of Lake Tahoe and east of the Crystal Basin. The Crystal Range mountains run roughly 25 miles north-to-south. The highest and most southerly peak is Pyramid Peak (9,985 ft.), Mount Agassiz is next to the north at (9,967 ft.), with Mount Price at (9,975 ft.) rounding out the southern group of peaks. North of Mount Price is Red Peak, Silver Peak, and Tells Peak which is the northernmost named peak in the range. The impressive Crystal Range is part of the massive Sierra batholith, the combined masses of granitic rock that have been uplifted by tectonic action to form the 400-mile-long Sierra Nevada. Around Lake Tahoe, the peaks are in the 10,000-foot range with Freel Peak being the highest peak at (10,886 ft.). The Sierra Nevada, John Muir's "Range of Light", is perhaps the most beautiful single range in the contiguous United States, as well as the highest and longest. The Rockies may be technically longer, but do not have the unified and continuous mass the Sierra Nevada presents. On shaded relief maps, the huge elongate mass of the Sierra Nevada, rising from the flat Central Valley on the west and the deserts of the Great Basin on the east, stands out strikingly as a truly enormous and important mountain grouping. Even though Colorado has 54 peaks over 14,000 feet to the 12 in the Sierra Nevada and only Mount Whitney rising higher than the highest summits in the Rockies, the massive Mount Whitney at (14,505 ft.) holds the record for the highest mountain in the contiguous United States and the Sierra Nevada. 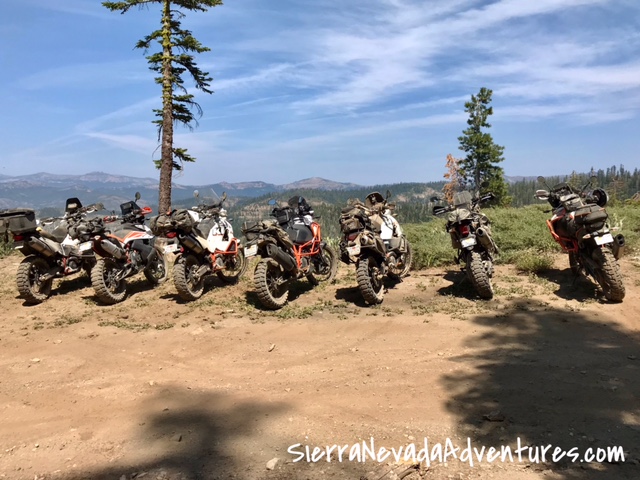 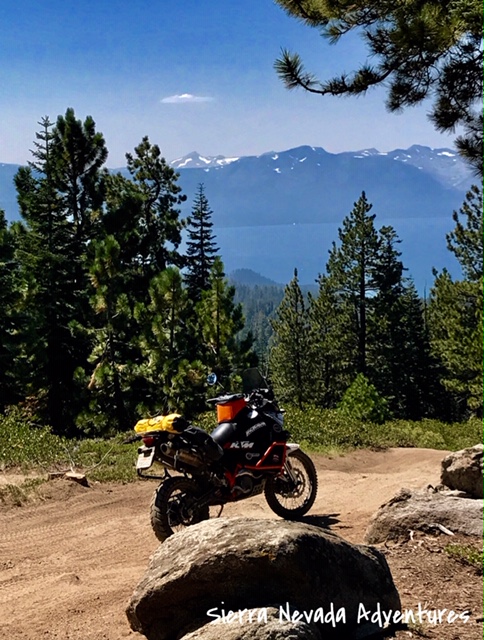 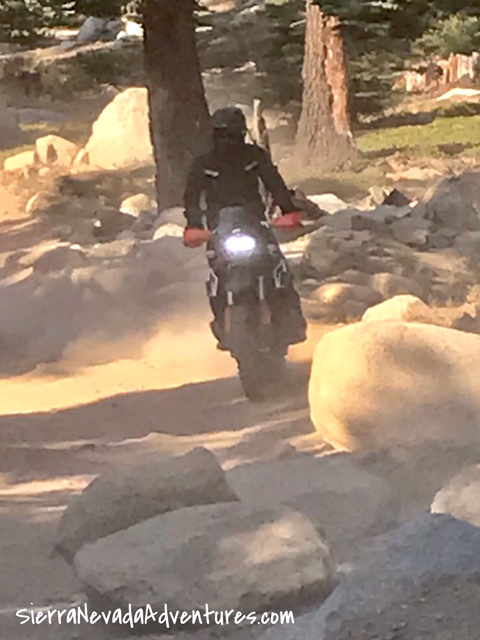 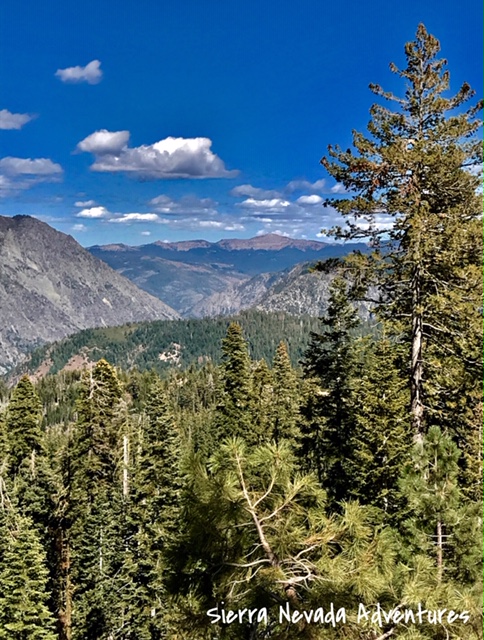 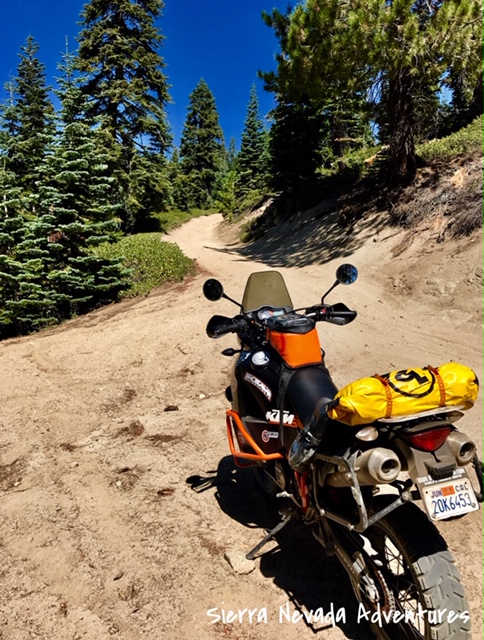 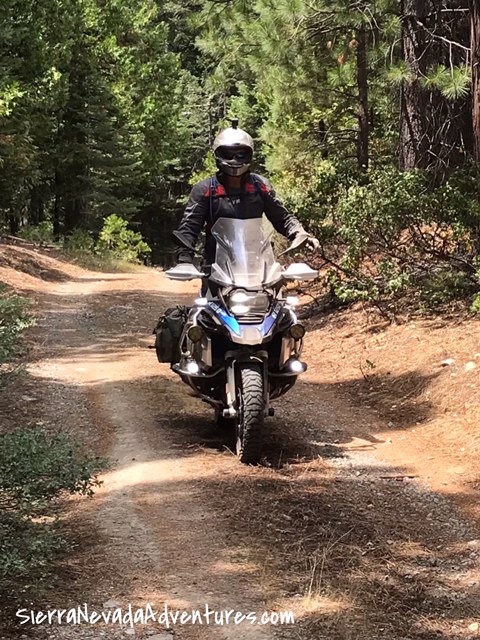 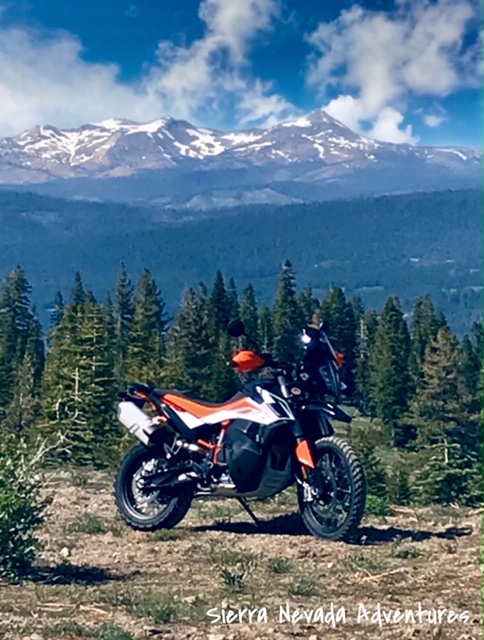 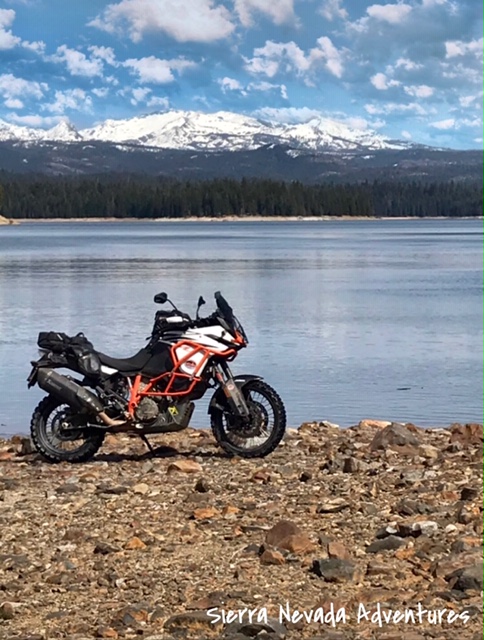 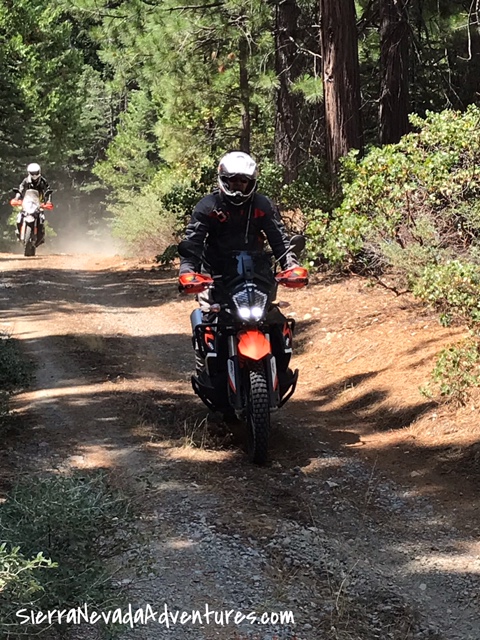 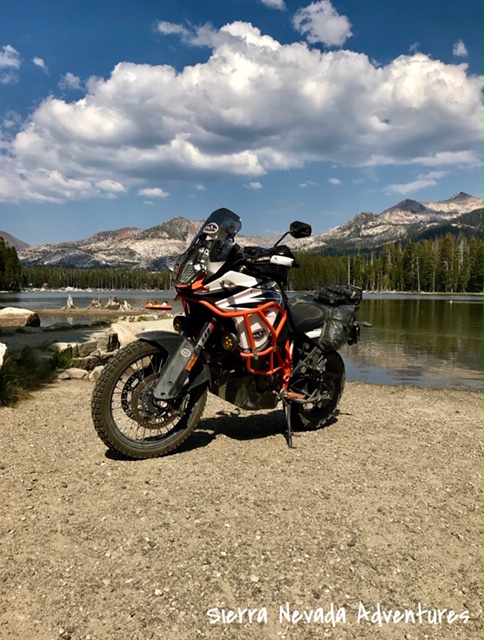 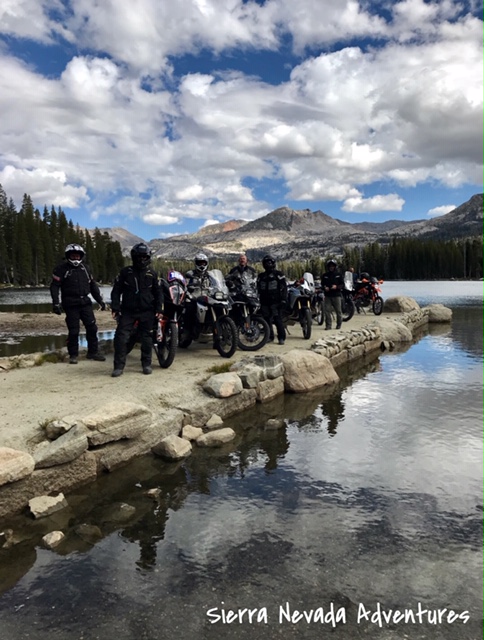 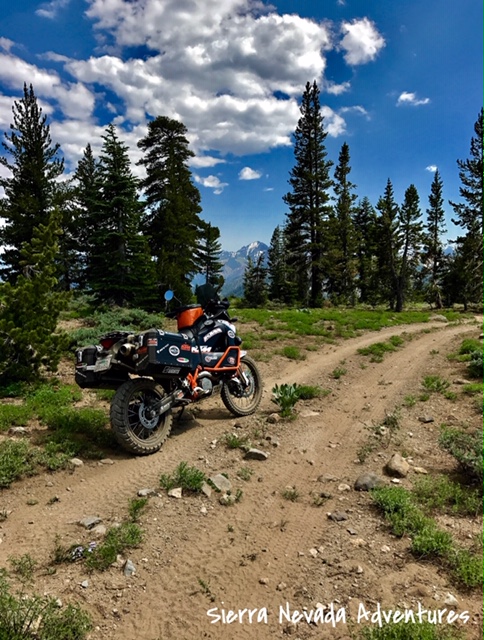 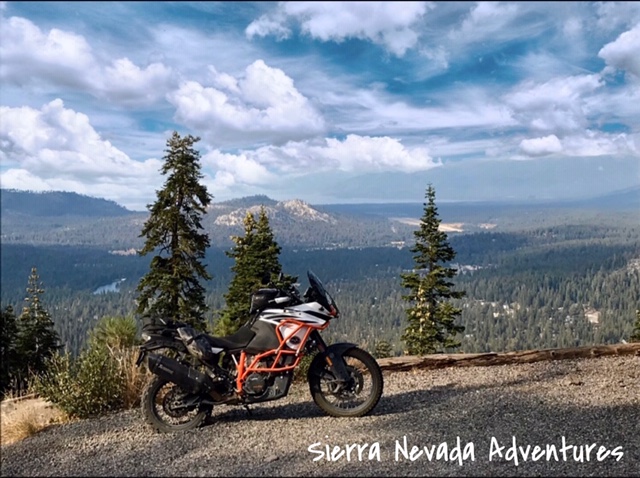 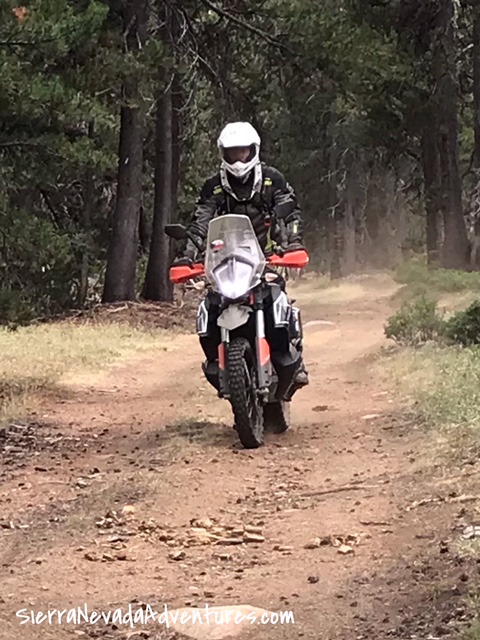