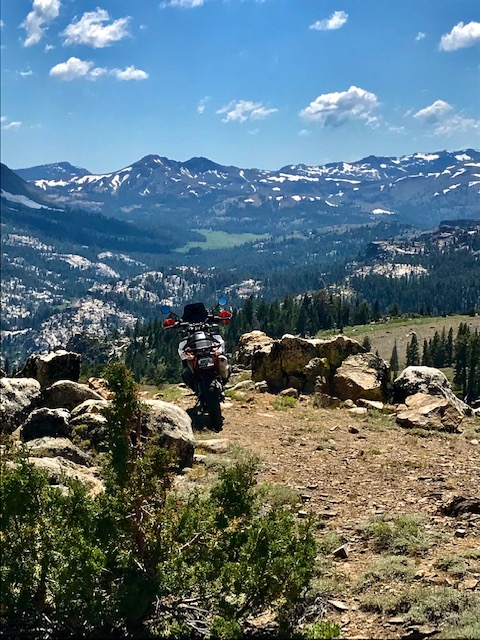 The Ultimate Fab Four Adventure ride explores the "Four most Fabulous" mountain passes in the Sierra Nevada. You will explore the historic Carson Pass discovered by American frontiersman Kit Carson in 1844, to the scenic byway known as Ebbetts Pass discovered by the legendary mountain man Jedediah Smith in 1827, to the steep, narrow Sonora Pass explored by the famous California mountain man Grizzly Adams in the 1800s, to the world-renowned Tioga Pass first explored by the Native American Indians and eventually by prospectors when a mining expedition discovered silver and gold near the summit on Tioga Pass.

The Fab Four Adventure is the perfect ride for two-cylinder ADVENTURE motorcycles. You will explore an amazing combination of scenic mountain passes, remote dirt roads, and historic sites throughout the east and west side of the central Sierra Nevada.

Your off-road adventure explores remote canyons and dense conifer forest through a rugged landscape named "Hells Half Acre" between the North Fork and Middle Fork of the Stanislaus Rivers on the western slope of the Sierra Nevada. You will also explore a historic wagon route once traveled by prospectors and prostitutes to a Wild West ghost town in the eastern Sierra Nevada. 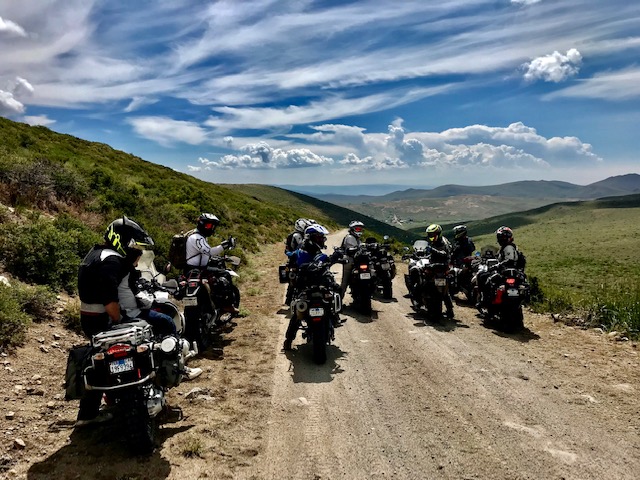 Carson Pass (8,574 ft.) was discovered in 1844 by the Fremont Expedition and led by the American Frontiersman Kit Carson who was a skilled fur trapper, wilderness guide, Indian agent, and U.S. Army Officer. When camped at Nevada's Carson Valley on January 31, 1844, guide Kit Carson suggested the expedition detour west during the winter conditions to Sutter’s Fort in California for supplies. Local Washoe Indians told them of a route through the mountains but warned them not to proceed through the snow. Frémont duly ignored the advice and directed the group westward. The Washoe was right in that they were not able to find food or game, and they ended up resorting to eating dogs, horses, and mules just to survive.

On February 14, Frémont and his cartographer Charles Preuss made it up to Red Lake Peak and became the first recorded white man to see Lake Tahoe in the distance. On February 21, the expedition made it through the now-named Carson pass west of Red Lake and arrived at Sutter's Fort on March 6, 1844, with no fatalities. Carson Pass eventually became the most significant route for the overland 49ers that came by the tens of thousands after the discovery of gold on the American River by James Marshall which created the California Gold Rush. 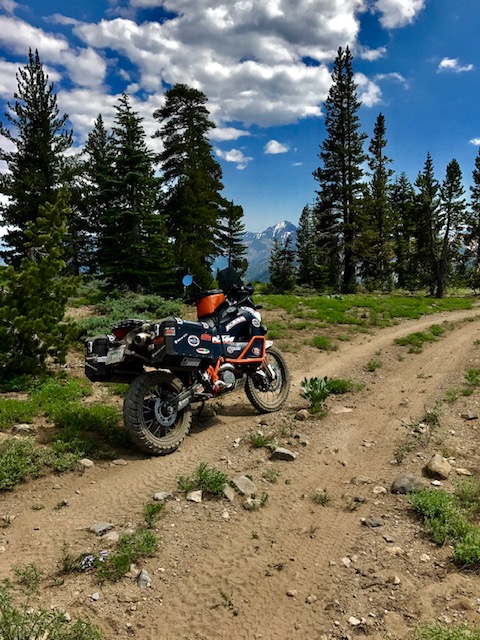 Ebbetts Pass (8,730 ft.) is the location where the legendary mountain man Jedidiah Smith became the first non-native American to cross what is now known as the Sierra Nevada. Jedediah Strong Smith was a frontiersman, hunter, trapper, transcontinental pioneer, and explorer of the Rocky Mountains, Great Basin, the North American West, and the Southwest during the early 19th century.

Jedediah Smith was the first reported American to travel overland to California, the first to cross the Sierra Nevada from the west, the first to travel across the Great Basin, north and south as well as east and west, the first to travel north up the California coast to Oregon, and the first to provide a usable description of South Pass. As he explored the West, Smith filled his journal, describing the wonders of God’s creation. When he faced hardship or peril, he looked to Scripture for strength. Smith’s letters home to his relatives reflect his faith. In one he wrote, “Jesus is always entreating us with His love and uses every means except compulsion to bring us to Him, that we may have life more abundantly.”

Smith and his party were also one of the first to explore the Black Hills region. It was along the Cheyenne River (near Buffalo Gap and Beaver Creek in current-day southwestern South Dakota) where Smith was savagely attacked by a Grizzly Bear, and where fellow explorer Jim Clyman stitched Smith’s scalp back to his head. The bear came out of a thicket and mauled Smith violently, throwing him to the ground, smashing his ribs, and literally ripping off his scalp. His head was in the bear’s mouth and it chewed off his ear, but somehow Smith survived, perhaps playing dead. Smith’s scalp was hanging on to his head by his other ear, as he waited for his men to come with help. 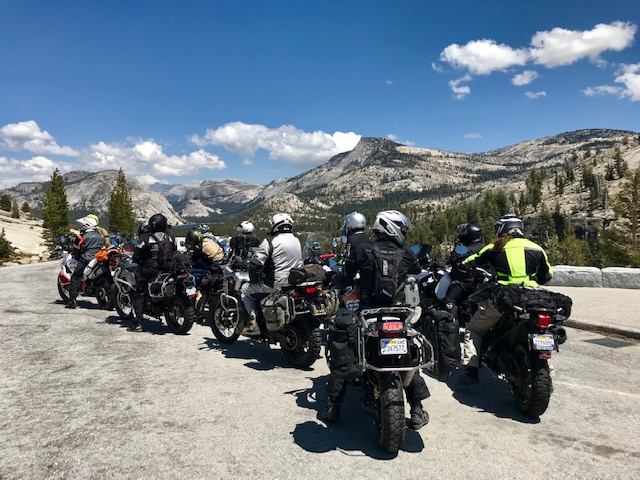 Fellow explores, Jim Clyman recounted that Smith found comfort in the 23rd Psalm as he stitched his scalp back on. According to Clyman, “I put my needle sticking it through and through and over and overlaying the lacerated parts together as nice as I could with my hands.” After a ten-day recuperation, while the men explored the Black Hills, Smith was again leading his expedition forward for more adventure.

Ebbetts Pass first discovered by the legendary mountain man Jedediah Smith in 1827 was rediscovered by John Ebbetts, a fur trader and guide who led a group of miners and mules over the Sierra Nevada in 1851. Later in 1853, John Ebbetts led a railroad survey team across the Sonora Pass region. From a high peak just east of Sonora Pass he pointed north to the pass he thought he took in 1851 to George Goddard, a mapmaker. John Ebbetts believed the pass he had used would be suitable for the transcontinental railroad and later surveyed near the pass for a possible railroad route, but found the rugged mountain terrain unsuitable. He intended to return to the pass to survey it for a road but was killed in the explosion of the steamboat Secretary on San Pablo Bay in 1854 before he could do so. George Goddard placed the name Ebbetts Pass on the map he completed in 1856, approximately in the region he thought Ebbetts had pointed out however it was not until 1893 when the U.S. Geological Survey team surveyed the area that the pass was officially named Ebbetts Pass.

Sonora Pass (9,624 ft.) is surrounded by rugged alpine mountain terrain and known as one of the steepest paved highway passes in the country including its claim as the second-highest highway pass in the Sierra Nevada. This steep, rugged alpine pass has a rich mining history of being the main supply route to Bodie, one of the wildest west towns from the California Gold Rush including one of the greatest American outdoorsmen of all time. Sonora Pass and its rugged alpine wilderness was once the home to the legendary mountain man “Grizzly Adams,” who holds the legacy of California’s most famous mountain man from the 1800s.

John “Grizzly” Adams was a professional hunter of grizzly bears who became well-known for his adventurous spirit and his grizzly bear companions. Grizzly Adams, whose true name was John Capen Adams (1812-1860) challenged both conventional norms and untamed 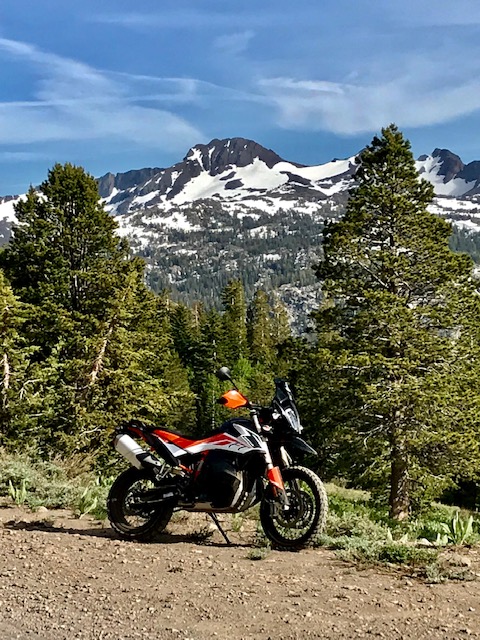 nature, first by turning his back on a greed-driven society born from the California Gold Rush, and then by blazing a trail into the wildest parts of the Sierra Nevada Mountain-Range where he built a log cabin in a small wilderness meadow alongside the Stanislaus River near present-day Pinecrest California. This small wilderness meadow became known to the pioneers as "Lair of the Golden Bear" meaning, a place where a wild animal, especially a fierce or dangerous animal lives.

Grizzly Adams made friends with nearby Native American tribes and found companions among some of nature’s untamed beasts, that especially featured his prized Grizzly Bears. In 1854 John Adams trapped a 1,500-pound grizzly bear in the Sierra Nevada, one of the largest grizzlies ever captured alive. John named the grizzly Samson; he also retrieved a pair of two-week-old male grizzly cubs from a den of their mother near Yosemite Valley naming one of the Benjamin Franklin. In the spring of 1855, while on a hunting trip in the Sierra Nevada, the bear cub, Benjamin Franklin saved John’s life when a mother grizzly bear violently attacked Adams. The mother grizzly knocked his rifle from his hands, tore his scalp loose and dented his skull in with one powerful swipe, and bit into his neck. Then, Benjamin Franklin, Adam's “companion” grizzly, distracted the mother bear with a bite to her haunch allowing Adams to escape and quickly climbed a tree. He was soon able to retrieve his rifle and killed the mother grizzly bear. Adams then returned to his camp, where it took him several weeks to recover. John “Grizzly” Adams and his companion grizzly bear, Benjamin Franklin would both bare the scars of that attack for the rest of their lives.

Grizzly Adams, the legacy of “California’s Most Famous Mountain Man” conjures up the adventurous spirit he was and the glorious landscape of the great American West he helped to settle but possibly the most surprising fact of Grizzly Adams’ historic legacy appears on the California flag. Few are aware that the same grizzly bear image seen for over a hundred years on California’s state flag was modeled after a grizzly bear named ‘Samson’, painted by famous western artist Charles Nahl in 1855. Even fewer realize that Samson was a huge, live bear that Nahl chose to paint, originally captured and owned by California’s greatest mountain man ever – the one and only, Grizzly Adams.

Tioga Pass (9,945 ft.) California’s highest mountain pass is a spectacularly scenic alpine pass and is considered one of the most scenic roads in the U.S. national parks system. Tioga Road, first established by the animals of the region, Indians soon followed the animal trails and eventually established a “trade path” of their own over the difficult high mountain terrain. Miwok Indians from the western slope would travel over Tioga Pass to trade goods with Mono Indians from the Eastern Sierra, their main source of trade was acorns from the west for obsidian from the east 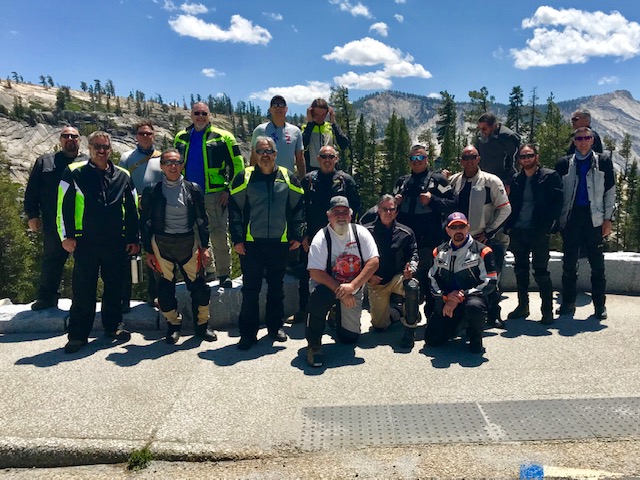 During its silver and gold boom, Tioga road served as the main supply route for several mines including Dana City and Bennetville which are located near the Tioga Pass summit. After its silver and gold rush heyday the mines promptly shut down and the residents moved away, resulting in ghost towns from a by-gone era and an abandoned road without a purpose. The abandoned mining route eventually became part of Yosemite National Park near the turn of the century was renamed Tioga Road. This historic route now serves as a scenic byway over the Sierra Nevada for those who seek adventure. 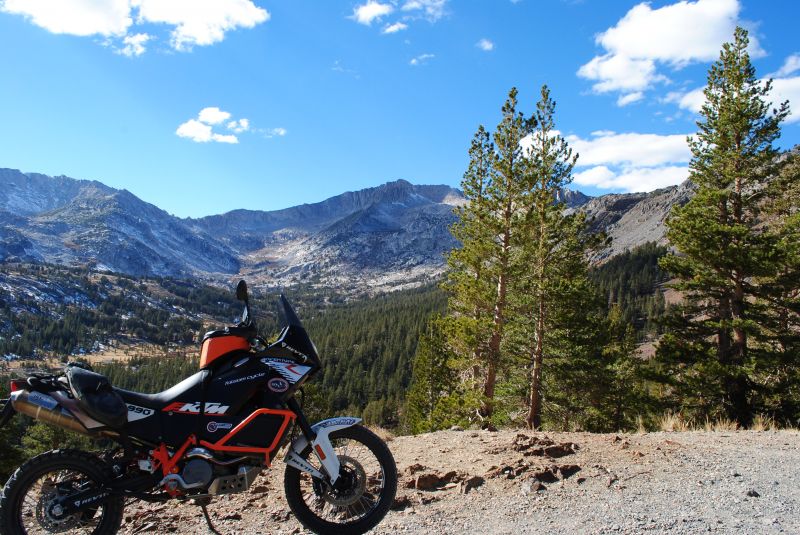 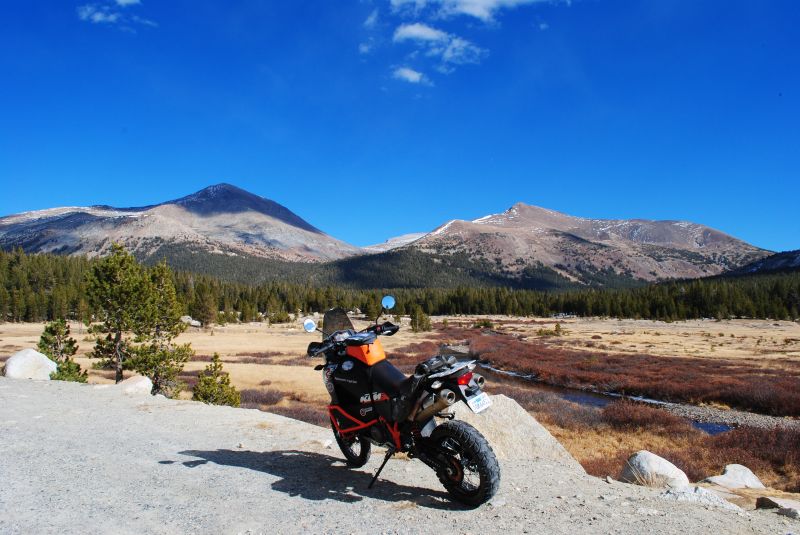 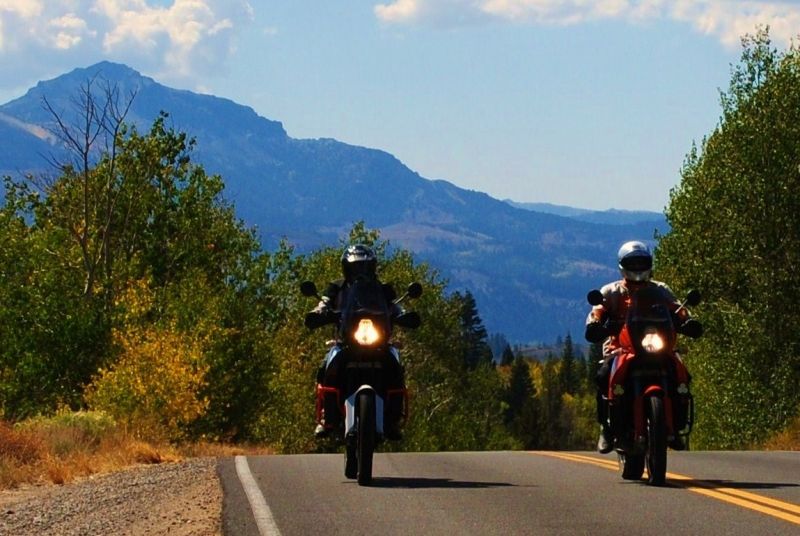 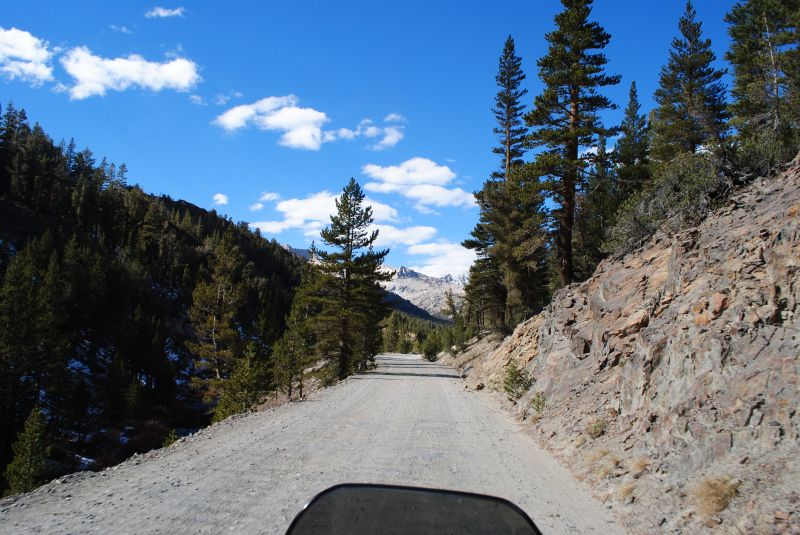 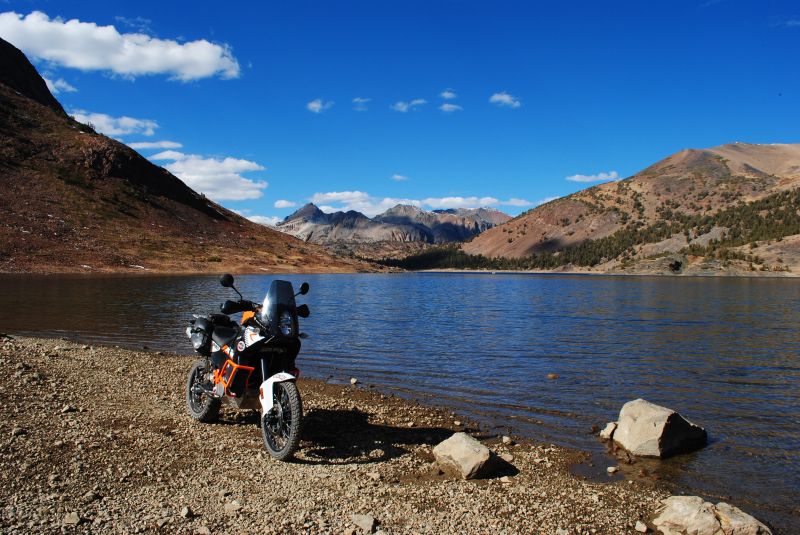 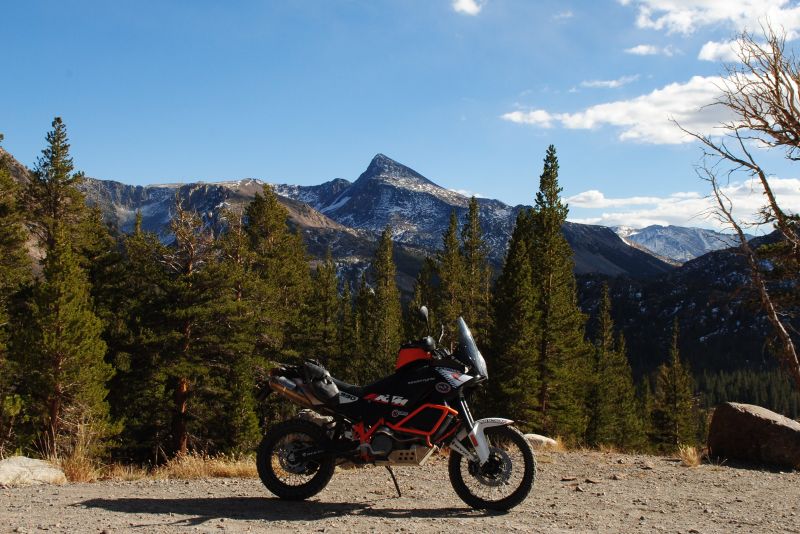 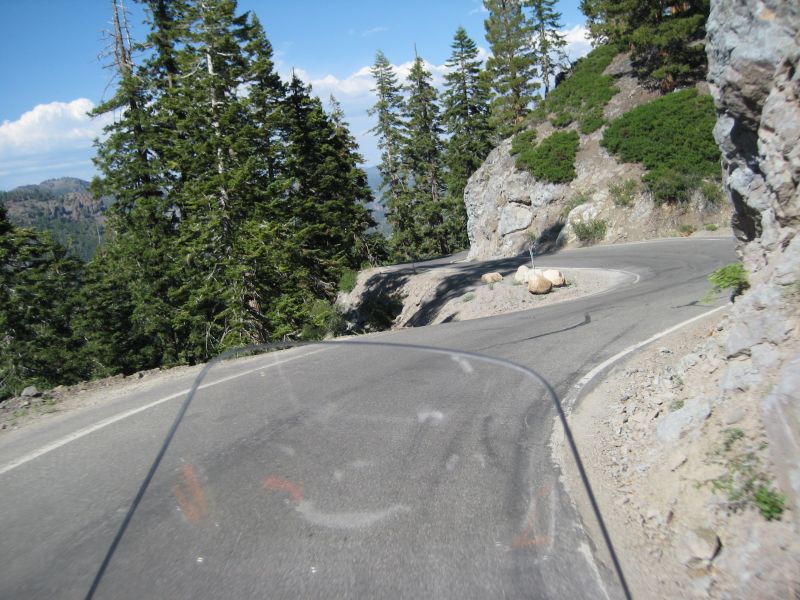 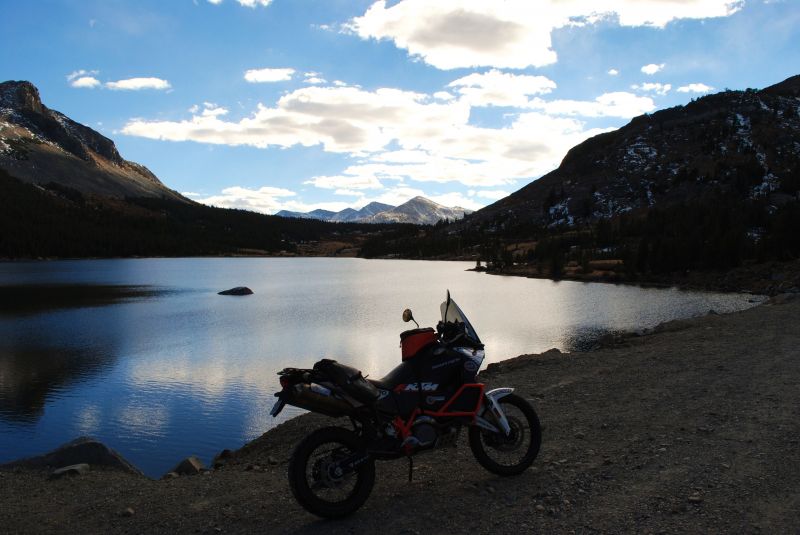 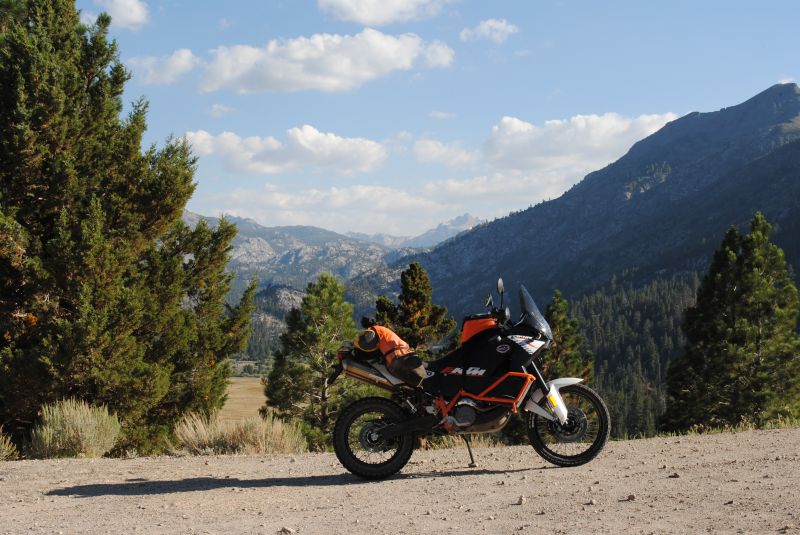 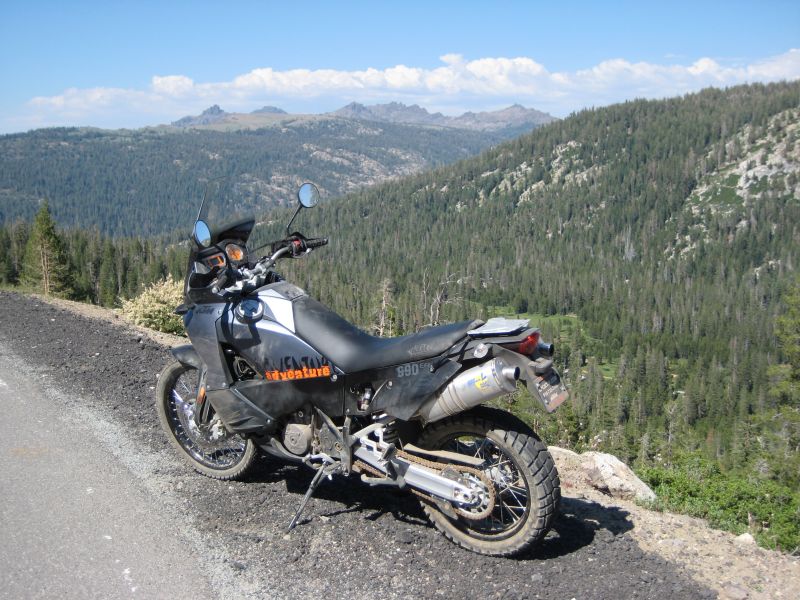 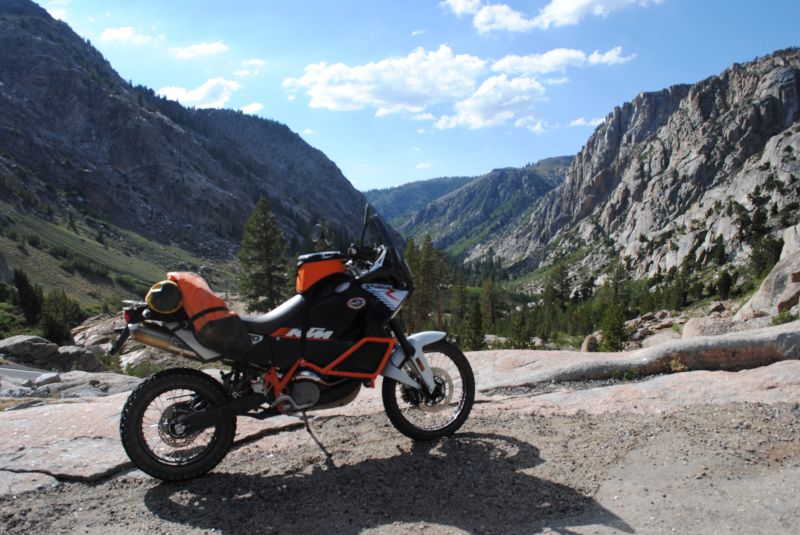 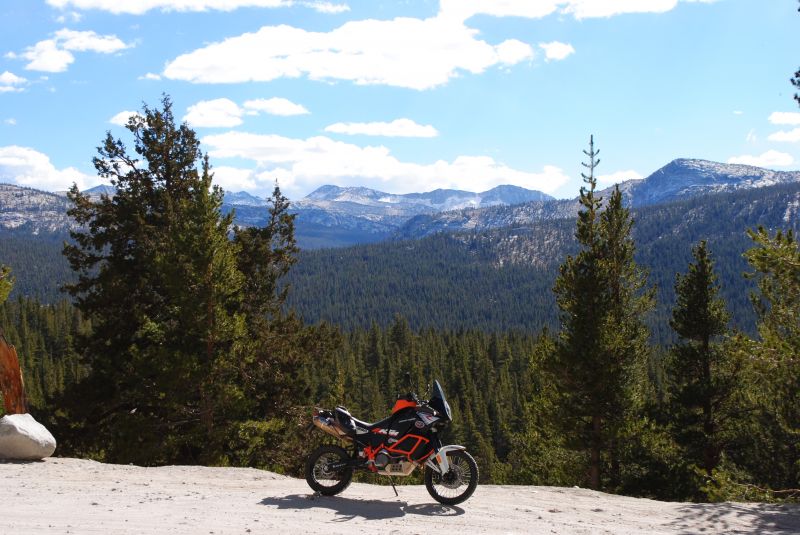 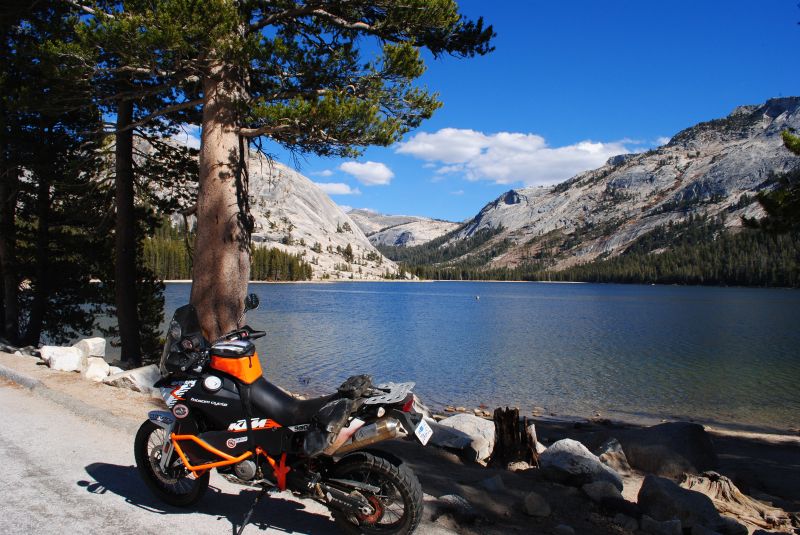 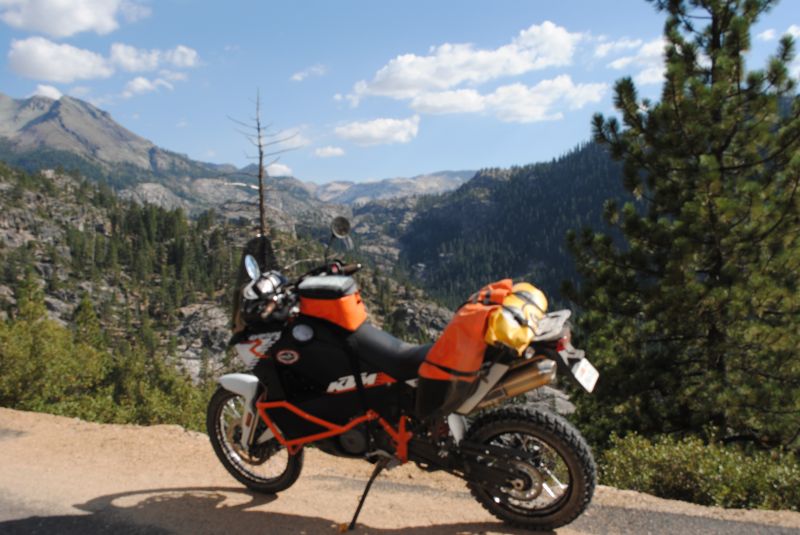 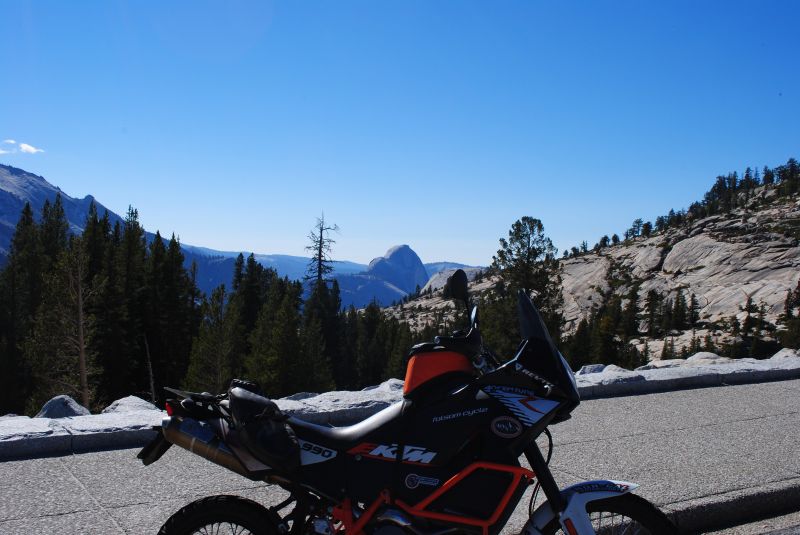