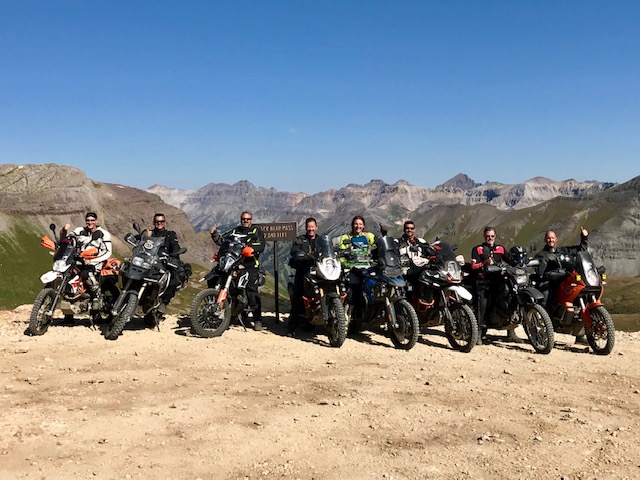 Your adventures begins in Montrose Colorado and travels to the abandon mining town of Ophir where your off-road adventure begins.  You will have the opportunity to explore off-road over scenic Ophir Pass 11,789 ft. elevation. This high mountain summit provides a spectacular view of Ophir Valley and the surrounding peaks in the San Juan Mountain Range.  Gold was discovered in Ophir Valley in 1875 and the town of Ophir was established near these new discoveries.  The Gold Mining town of Ophir sustained a population in the hundreds for several decades.  The scenic alpine town of Ophir sits at approximately 9,700 surrounded by 13,000 foot peaks in all directions. From the summit of Ophir Pass your off-road adventure continues to the famous Million Dollar Highway. 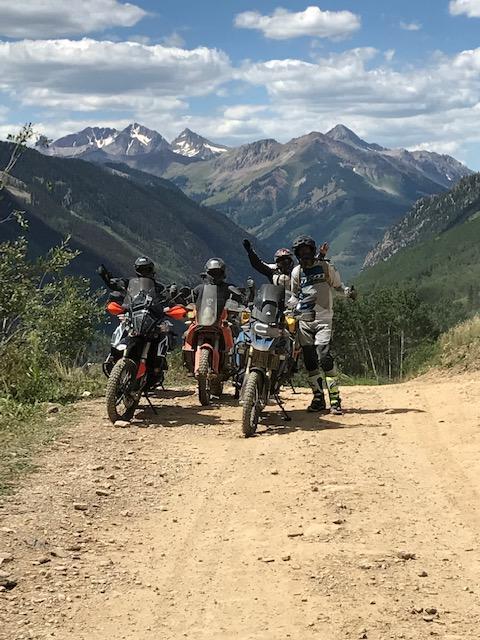 Colorado’s Million Dollar Highway was built in the late 18l0’s and it is one of the most spectacular paved mountain roads in the USA.  The Million Dollar Highway section between Silverton and Ouray is lined with many small adventure towns and ghost mining sites along the way.  This scenic highway is famous for its hair-pin turns and narrow lanes that are cut directly into the sides of the Rocky Mountains.  From the summit of Red Mountain Pass on Million Dollar Highway your off road adventure begins on the notorious jeep trail known as Black Bear Pass.  You will have the opportunity to explore this notorious off-road route to the summit of Black Bear Pass 12,840 ft. elevation which provides amazing panoramic views of the San Juan Mountains.  This high and rugged mountain range in the Rocky Mountains is known for its highly mineralized gold and silver mining industry from the early days of the Colorado mining days.  Black Bear Pass still has signs of its hay day when mining ruled this land including the steel hanging aerial tramway cables that hang down and over the notorious stair steps. Although mining was the primary reason for the construction of this high mountain pass, no one does this road to see the mines.  Everyone does this notorious 4x4 road because it’s known as one of the most dangerous off-road passes in Colorado.  The pass is over 12,800 feet in elevation and the road is narrow and quite steep in sections including multiple hair-pin turns with over hanging cliff sides.  From the top of the stair steps this rugged mining route provides spectacular over hanging views of the picturesque town of Telluride. 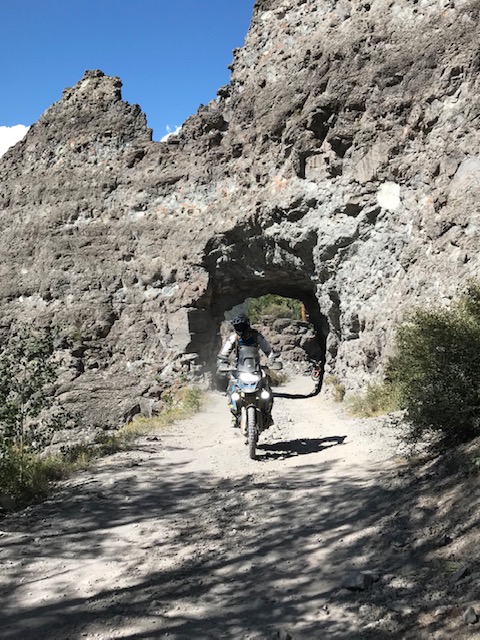 Your off-road adventure continues in the historic mining town of Telluride. A short distance off main street your off-road adventure explores historic mining route known as Imogene Pass 13,114 ft. elevation which is the second highest vehicular mountain crossing in Colorado.  This scenic and thrilling route climbs through aspen groves and passed numerous historic mining sites including a unique tunnel through solid rock. Your off-road adventure continues to climb to a rugged rocky ridge which lies between Telluride and the historic mining town of Ouray.  The scenic mountain town of Ouray is known as the Switzerland of America.  The rugged and scenic Imogene Pass was built in 1880 for access  to Ouray from Tomboy mine which is located high in the mountains above Telluride.  Tomboy Mine is located in the mountain region known as the savage basin and began producing gold ore in 1894.  Tomboy Mine located at an elevation 11,509 ft. elevation is one of the highest ghost towns of the United States.  The ruins of the Tomboy Mine and camp scattered about on the rugged mountain landscape are the last remains of the once thriving ghost town.

After crossing the summit of this rugged high mountain pass, your off-road adventure descends down a series of switch backs to the remote Imogene Basin which you’ll find the remains of the historic Camp Bird Mine.  During the mine’s hay day, it was the world largest and richest gold mine owned by one individual. 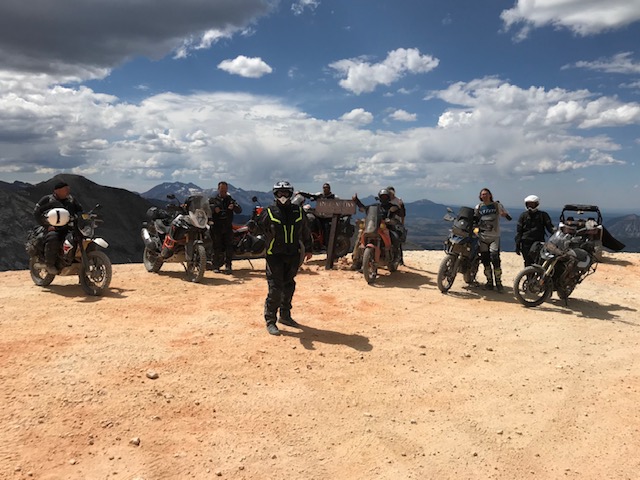 The Camp Bird Mine is located 6 miles southwest of the town Ouray.  The mine is at an elevation of 11,200 feet and was in operation from 1896-1990.  Beyond the Camp Bird Mine your off-road adventure continues until you reach the town of Ouray.  At the height of the mining, Ouray had more than 30 active mines.  Amazedly, almost all of Ouray’s permanent buildings built between 1880-1900 are still standing and have been skillfully restored.  You will experience the same spectacular beauty of towering peaks, rushing rivers and majestic waterfalls that once inspired so many of the towns earliest inhabitance as your journey travels through this scenic mountain town.

Your journey will continue as you explore the Black Canyon of the Gunnison National Park which is a deep, steep-walled gorge craved through precambrian rock by the mighty  Gunnison River.  You will first experience breath taking cliff side views around every corner as you travel around the rim of this huge gorge.  Then you will have the opportunity to experience a fun twisty curvy paved road to the bottom of this amazing canyon.  Black Canyon of the Gunnison is one of the best exposures of ancient precambrian-aged rocks in the world. 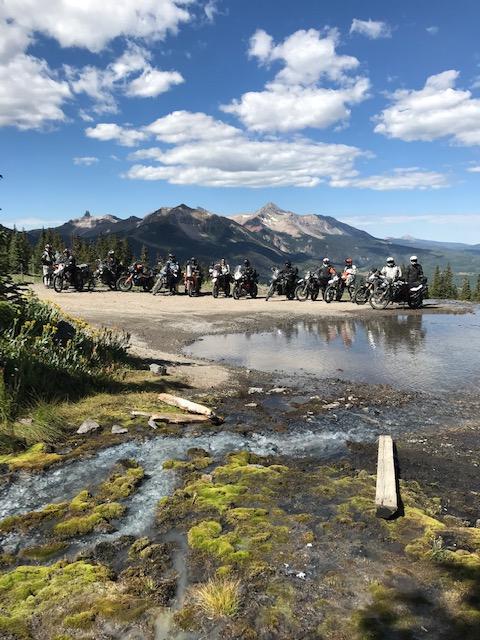 The canyon showcases spectacular dark colored volcanic and metamorphic rocks that have been deeply cared by the Gunnison River.  The Black Canyon of the Gunnison is incredibly deep and sheer with plunging cliffs souring buttresses and a thundering river below. This steep walled canyon exposes ancient rocks nearly 2 billion years old and it’s the highest cliff in Colorado known as the Painted Wall which stands 2,250 feet from top of rim to the Gunnison River below.

Beyond the Black Canyon of the Gunnison your off-road adventure explores up and over the historic Hancock Pass, elevation 12,208 feet which is a high mountain pass on the Continental Divide in western Colorado.  This scenic off-road mountain pass travels through historic mining sites and ghost towns from the late 1800’s.  Gold and silver mining brought hundreds of adventures people to this area during its hay day with hopes of striking it rich for the nearby mining camps.  By the turn of the century the rich gold and silver ore had been picked through and the adventurous people had moved on.  The tracks that brought the supplies to this remote location were abandoned in 1922.  It is said that the remaining pioneers from this region rode the last train out of town and never came back.

Your journey continues as you travel up the world famous Pikes Peak Road to the summit of Pikes Peak elevation 14,110 feet. 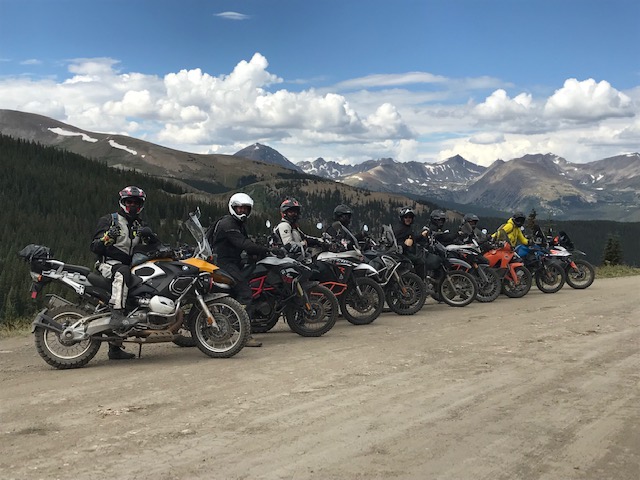 This world famous road is known for its death defying race nick named the “Race to the Clouds”.  The Pikes Peak hill climb race has been running to the summit for over 100 years, this annual automobile and motorcycle hill climb race to the summit of Pikes Peak measures 12.42 miles and has over 156 turns climbing 4,720 feet from the start at mile 7 of Pikes Peak highway to the finish at the summit of Pikes Peak at 14,110 feet with grades averaging 7.2%.  This death defying hill climb used to consist of both dirt and gravel, however as of August 2011 this road is fully paved to the summit.   The Pikes Peak hill climb is a high risk race with steep cliff drop offs along one side of almost every turn.  It is surprising that there hasn’t been more fatalities on this death defying race but many racers have lost their lives in this event.  The most recent being when Carl Sorensen, who went off a cliff during practice session in 2015. One of the most published and tragic losses of life on the mountain took place in 2014 when motorcycle racer Bobby Goodin went a cliff moments after crossing the finish line at the summit abroad his 2014 Triumph Daytona 675R. This was the event’s first death to take place at the summit.

The return route of your adventure explores numerous off-road adventure including some of the most scenic twisty curvy mountain passes in the Colorado Rockies.

Riders are responsible to book their hotel reservations (Not Included) 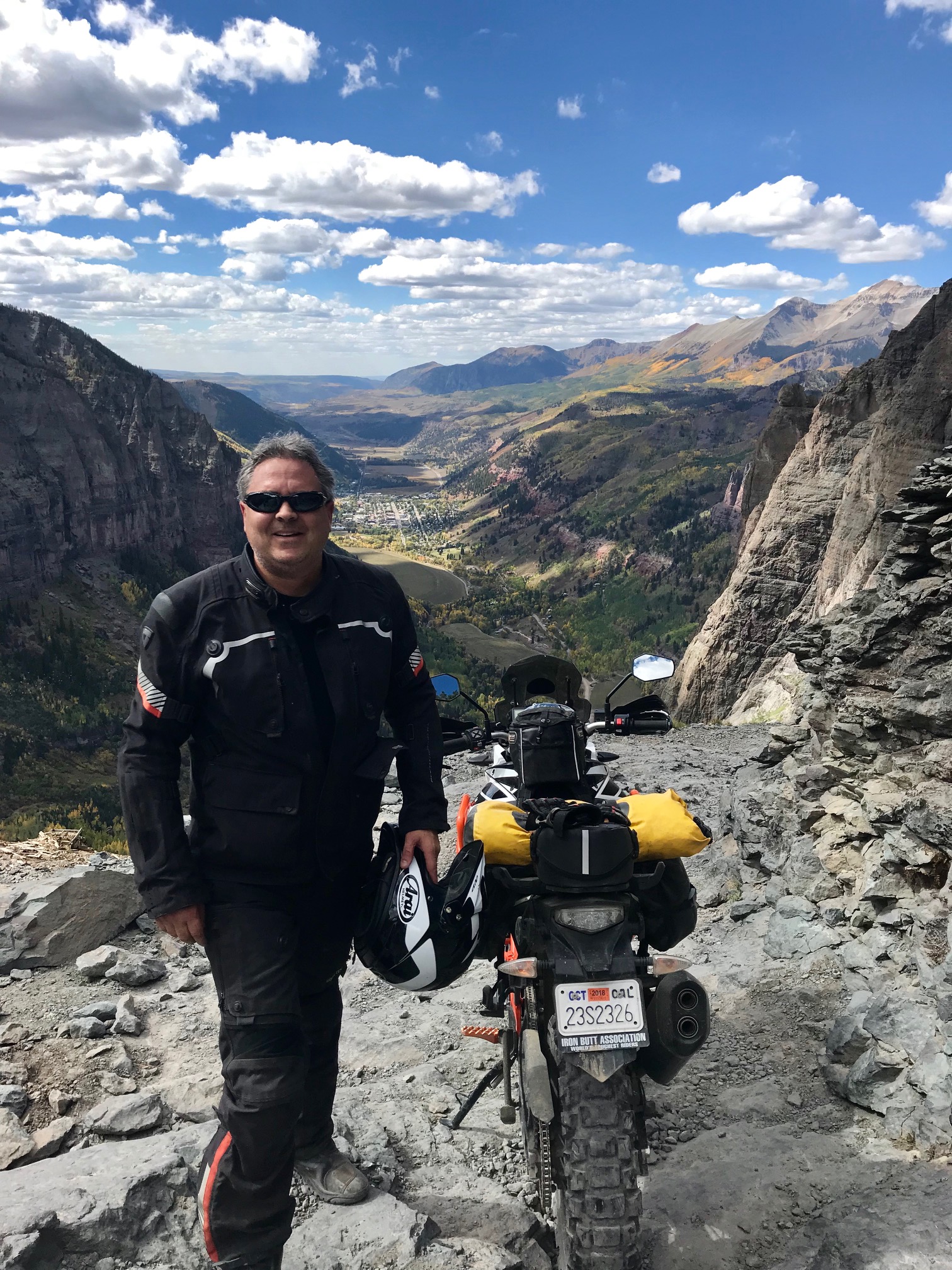