Hornitos and Beyond ADVENTURE ride takes you on a journey back to the days of ’49 on a mix of on-road and OFF-ROAD routes through gold rush mining camps, historical sites, and the Wild West town of Hornitos, known for gamblers, girls, and roughnecks.

Your journey begins in the heart of the Mother Lode in Jamestown, one of California's original Gold Rush towns in Tuolumne County. From Jamestown, your journey heads south on a mix of curvy back roads and twisty single-lane roads through the Tuolumne River Canyon. Your off-road adventure begins beyond the canyon on a historical route once traveled by pioneers and prospectors in search of gold throughout the Mother Lode region. After exploring an exciting mix of back roads and historic off-road adventure routes your journey arrives at the forgotten mining town of Hornitos California. 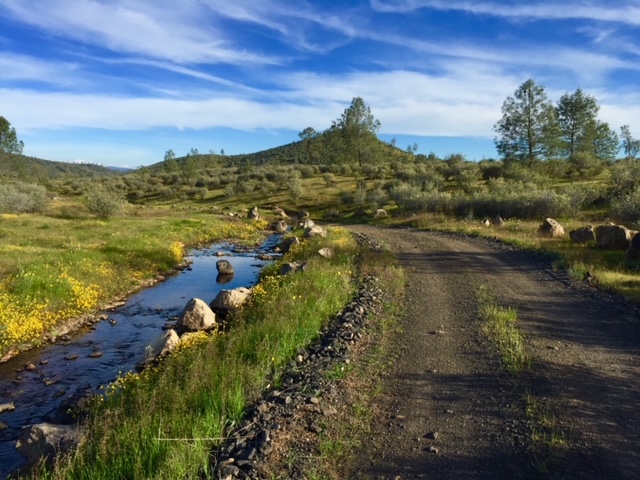 Hornitos is one of the oldest towns in the gold country, in fact, Hornitos has existed since before California's statehood. Though it is considered a "gold rush town," it was actually established much earlier by Mexican settlers. The name Hornitos, meaning "little ovens" in Spanish was derived from the community's old Mexican tombstones that were built in the shape of little square bake ovens because the ground was too rocky to dig graves.

Hornitos, California, was a rough-and-tumble town during the California gold rush of the mid-1800s. Hornitos gain notoriety during the gold rush as a place that was home to thieves, gamblers, prostitutes, roughnecks, and various miscreants that had been run out of other "more respectable" settlements. It was once written about Hornitos: "Gamblers, girls, and roughnecks... they were a tough lot, the worst in the southern mines. They reverenced nothing but money, cards, and wine... blood was upon nearly every doorstep and the sand was caked in it." Hornitos. Gold Camp. 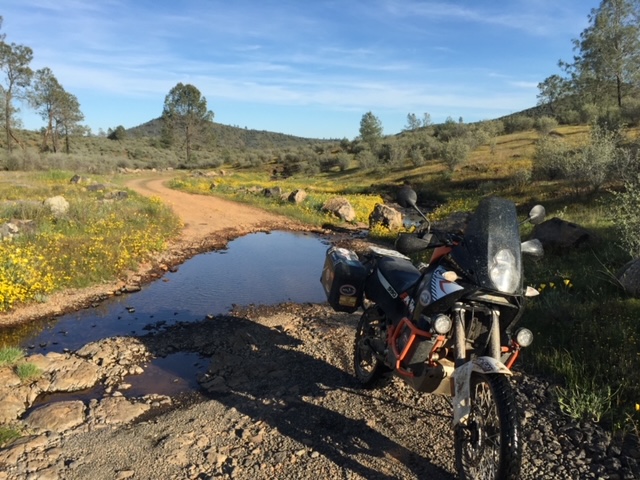 Hornitos quickly grew into a roaring boomtown after the discovery of gold and its Spanish heritage is still apparent in the many abandoned buildings which remain from the days of the Gold Rush. Hornitos was built around a central plaza, with rock and adobe buildings that line the narrow streets running out from the center of town. During its heyday, Hornitos is said to have had a population of over ten thousand and supported four hotels, six fraternal lodges and organizations, a post office, six general merchandise stores, a Wells Fargo Express office, and numerous saloons and fandango halls. Several of the infamous fandangos were built underground and lined the road leading to the plaza. These subterranean saloons were all connected by doors so patrons could roam from one to another without the inconvenience of having to step outside, where they might be seen. During those early years, Hornitos was known throughout the Mother Lode as a "lawless, wild place, the scene of nearly unbelievable tales of knife duels, lynching, and other grim escapades." 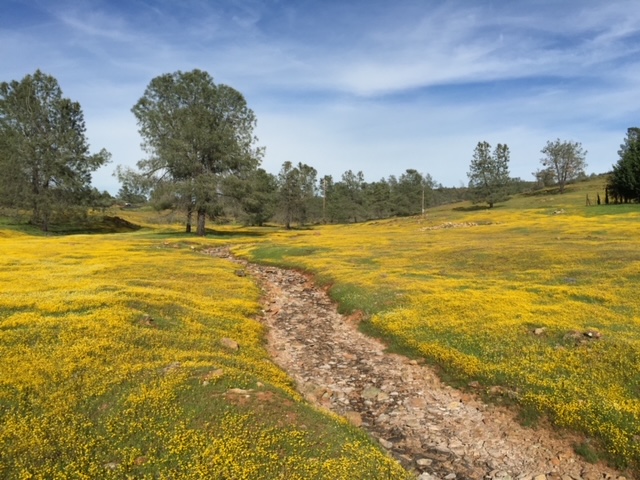 A man named Joseph Branson happened to witness an interesting event in the plaza during his youth. Two fandango hall girls apparently had a romantic interest in the same man, resulting in heated words and tarnished honor. To settle the matter, the two women armed themselves with daggers, wrapped their left arms in the scarfs, and then proceeded to mortally carve each other up, much to the enjoyment of the bloodthirsty, cheering crowd.

Joaquin Murieta, notorious badman of the Southern Mines, was reputedly a frequent visitor to Hornitos during its wild and crazy years. Legends say Joaquin Murieta robbed by day, then slipped into town by night to share a drink with the ladies of the fandango, keeping extra horses in a secret corral should the law happen to make an appearance. During this time period, 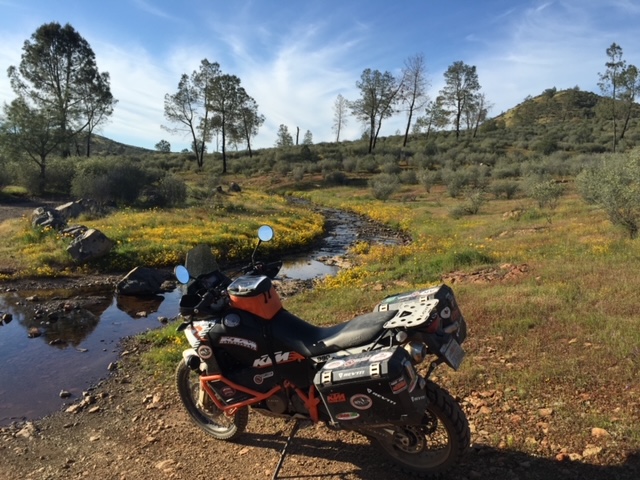 Hornitos had the reputation of being the hideout and haven of Joaquin Murieta he earned the reputation of California's most infamous criminal from the many robberies and murders he committed throughout the Mother Lode during the early 1850s.

The legend of the notorious outlaw Joaquin Murrieta states he was driven to revenge after his brother, and he were falsely accused of stealing a mule. His brother was hanged, and Murrieta was horse-whipped. His young wife was raped, and in one version, she died in Murrieta's arms. Swearing revenge, he hunted down the men who had violated her. He embarked on a short but violent career to kill his Anglo-Americans tormentors. During this time the state of California offered a reward for Murrieta, "dead or alive." In the spring of 1853, the government created a special force of California Rangers led by a Los Angeles Deputy Sheriff named Harry Love. The state also offered a $6,000 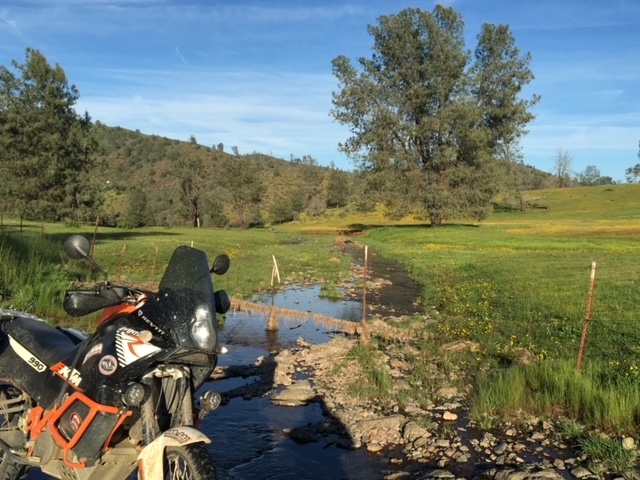 award to anyone who brought in Murrieta, dead or alive. For several weeks, Love and his team of 20 rangers scoured the Mother Lode countryside without success. The rangers got a lucky break, however, when they captured Murrieta’s brother-in-law and forced him to lead them to the outlaw’s camp on Cantua Creek. Early on the morning of this day in 1853, Love and his rangers attacked the outlaw camp. Caught by surprise and badly outnumbered, eight of the bandits were killed, including Murrieta and his right-hand man, Tres Dedos (also known as Three-Fingered Jack). To prove they had indeed killed Murrieta and deserved their award, the rangers cut off the head of the outlaw. They also took the distinctive hand that gave Three Fingered Jack his nickname. The rangers preserved the gory body parts in whiskey-filled vats until they could exhibit them to the authorities in Stockton. Later, some claimed that the severed head was not Murrieta’s. Love, however, gathered seventeen affidavits from people 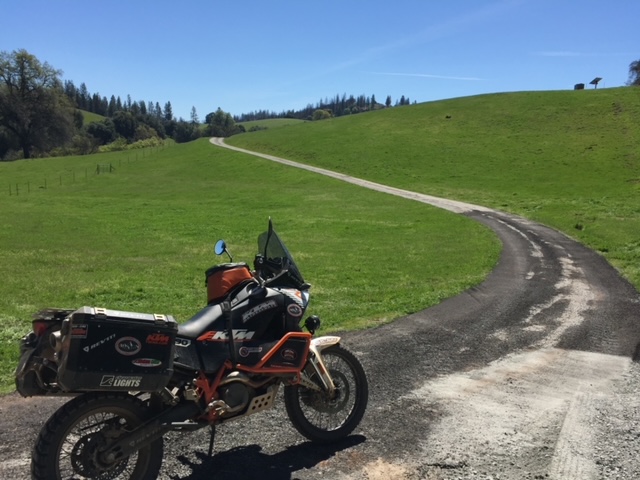 who had known the outlaw and were willing to swear it was Murrieta’s head. The state agreed and gave the $6,000 award to Love and his rangers. Love further profited from the deal by taking Murrieta’s head on a tour of California mining camps, charging $1 to see it. Eventually, the severed head and hand ended up in the San Francisco Museum, where it was destroyed in the great earthquake of 1906.

Bull-and-Bear fights, knife duels, lynching, and other grim escapades were a form of entertainment during the early years in the wild lawless town of Hornitos. Mining was hard work, very hard work, and when the mining was done the miners were ready for some fun and entertainment. If a miner wasn't watching a knife duel or hanging, he was probably drinking or gambling away his hard-earned pay in one of the saloons or fandango halls which never seemed to close. Bull and bear fights were a must-watch event and a highlight 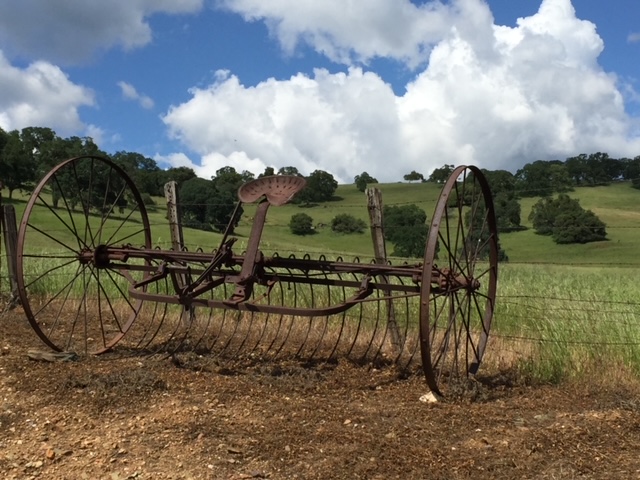 of excitement for miners including the furious chicken race known as La Carrera del Gallo. This time-honored sport consisted of tying a $10 gold piece to the leg of a live chicken, then burying the unlucky fowl with just its head exposed. The object of the contest, open to anyone willing to pay the entry fee, was to snatch the chicken from the ground while galloping past on a horse. When someone succeeded in grabbing the chicken, the other riders would try to chase him down and wrestle the chicken, and the purse, from his grasp. Afterwards, the chicken was eaten. Although the furious chicken race grew quite a crowd, the brutal Bull-and-Bear fights drew the largest crowds of these wild times. Now extinct: The mighty grizzly bears were abundant in California during the early days, in fact, it is estimated that over 10,000 grizzly bears inhabited what is now modern-day California. The California grizzly was an enormous bear and rivaled the largest grizzly bears ever recorded in North America. In the 1800s, 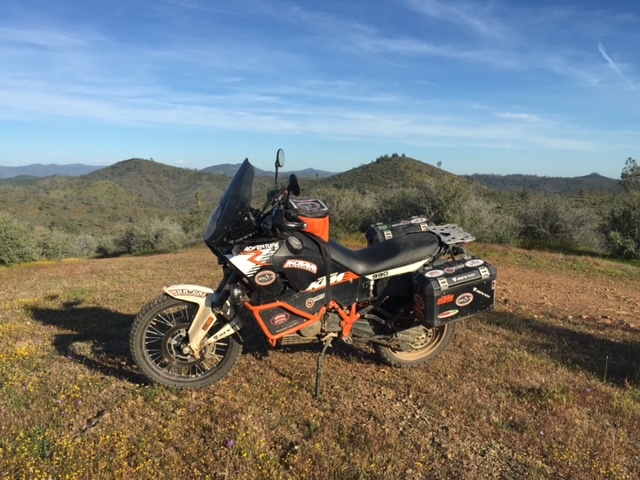 multiple newspaper accounts mentioned grizzly bears weighing well over 1,000 pounds. In 1866, the biggest grizzly bear ever found in California and, indeed, one of the largest specimens of any bear species ever recorded was killed in "Bear Valley" what is now present-day Valley Center, California. The grizzly bear was hoisted onto Maxcy's cattle scales where it weighed 2,200 pounds and was declared to be the largest grizzly bear ever killed in California. It’s hard to imagine nowadays, but the cruel blood-sport known as Bull-and-Bear fights was once entertainment in the wild lawless mining camps and Hornitos. Such occasions usually commenced on Sundays, after church, when the townsfolk gathered after their religious songs and prayer, and slowly made their way to the town square to watch the brutal spectacle. The bull and bear would be tied together by a long length of rope, but short enough to keep the two gladiators in each other’s company. By now the crowd would be in frenzy, the smell of grilled meat in the air and the swilling of spirits from black bottles. As the crowd 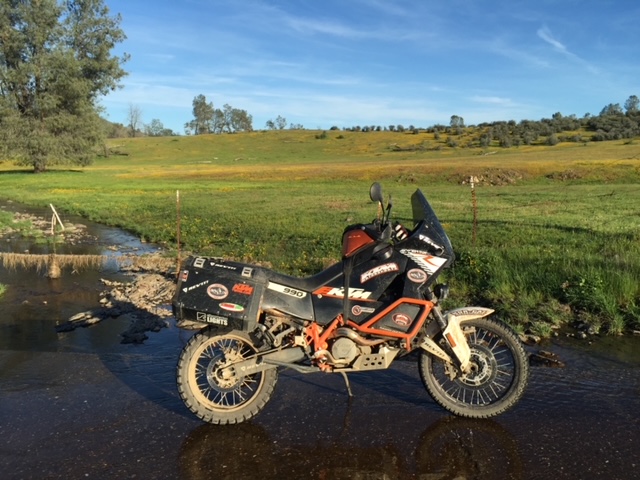 pressed forward, baying for the release of the beasts, an officiator would climb to his position on the raised platform, women, and children behind him, and fire a pepperbox pistol in the air to start the contest. The bear would usually hang back, taking a defensive posture on its hind legs, while the bull was often the first to attack, charging with head down and horns up. It was generally understood by eyewitness accounts that the bear held the advantage in the fight. While the bull had a deadly lunge, the bear could parry the advance and grab the bull by the head, sinking its teeth into the bull’s neck, which would undoubtedly release a crowd-pleasing bellow. The powerful grizzly bear was most often victorious but often a single grizzly would fight many bulls consecutively until a bull came off victorious. What further added enjoyment to the blood-sport was how differently the two animals fought. The bear would often stand and take mighty downward swipes with its paws, while the bull would charge low and rush upward for the gore. The cruel blood-sport known as Bull-and-Bear fights of California inspired the modern-day phrase for Wall Street, due to a bull will thrust its horns up into the air, while a bear will swipe down. These actions were then related metaphorically to the movement of a market creating the term bull markets and bear markets, and the rest is just history.

Today the rough-and-tumble town of Hornitos is a sleepy little forgotten town off the beaten path with a respectable number of abandoned Gold Rush-era buildings and ruins which still remain from a bygone era of the Wild West, waiting to be rediscovered by those who seek adventure!