Here's your opportunity to explore a spectacular Gold Rush wagon pass located in a remote northern section of the Sierra Nevada. Henness Pass is a spectacular east-west wagon pass named after Patrick Henness, who along with his partner Jackson discovered this route during the Gold Rush-era of 1849 or 1850. Henness Pass today is a scenic historical unpaved Sierra Nevada Pass in a remote northern section in the Tahoe National Forest. Those who venture over this historic wagon pass will explore historic sites and experience spectacular mountain scenery and adventure.

Your adventure begins in the Gold Rush town of Grass Valley and ventures north/east on Hwy 49 to the historic Oregon Creek Covered Bridge also known as the 'Backwards' Covered Bridge. 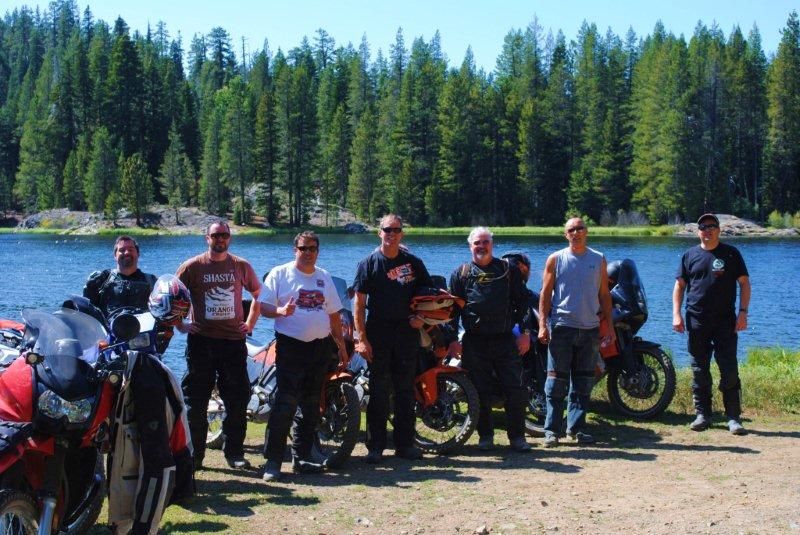 This covered bridge has a long history dating back to its construction in 1860 but its most interesting history dates back to the flood of 1883 when the bridge was carried off its foundation by flood waters and floated several hundred feet downstream. After the flood the bridge was carried back to its foundation by the use of ox and log rollers, but the bridge was turned end for end during the process making it forever the 'Backwards' Covered bridge. After your visit at the 'Backwards' Covered Bridge your adventure ride travels east on a curvy mountain road to the abandon main street of Forest City (also known as Forest). Located on a tributary of Oregon Creek, the town of Forest City was first settled in 1852 and given the name Brownsville, which was changed to Elizaville and then in 1854 Forest City. In 1852 a group of prospectors located gold-bearing gravel near the town-site in an ancient river channel that was covered by a volcanic mudflow. As a result, these claims were exceedingly rich and accessible and a town developed rapidly. 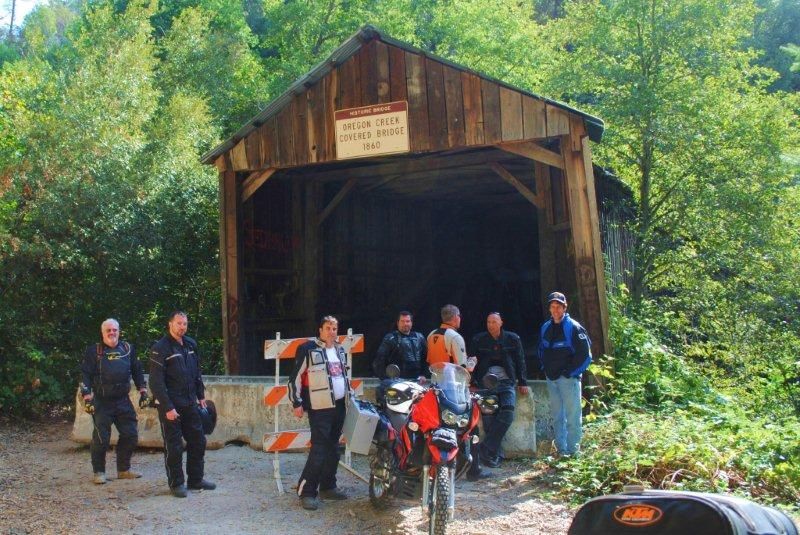 The town prospered and reported that all the companies in the district were doing quite well. Some miners earned $100 per week and some claims sold for 1 to 4 thousand dollars. In 1854 a lump of gold was discovered weighing 42 ounces! During it's heyday the once booming town of Forest City had populations that swelled into thousands but today, the town only has a few residents and the Main Street is a ghost town with many old abandon buildings dating back to the Gold Rush-era. A short distance from Forest City the pavement ends and your off-road adventure begins through some of the most scenic views in the Northern Sierra Nevada. The remote Henness Pass dirt road and the completely different dirt road return route is rated 'mild' to 'moderate' making it the perfect mix for medium to large dual sport adventure motorcycles. 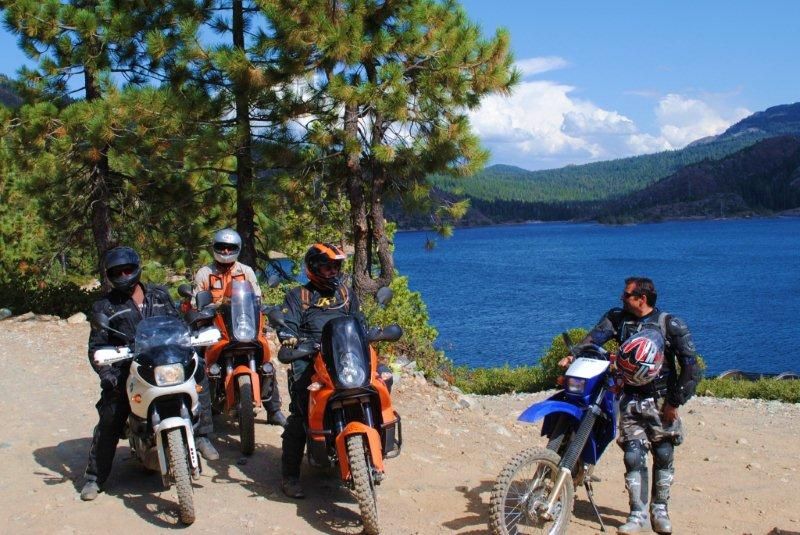 After the Donner Party disaster of 1846, emigrants avoided the rugged granite cliffs above Truckee (later Donner) Lake and turned northward taking the longer but easier Henness Pass. In 1852 the wagon pass was improved in an attempt to draw overland emigrants to the Gold Rush towns in the Yuba and Nevada counties. With the discovery of the Comstock Lode in 1859 at Virginia City Nevada, Henness Pass became the wagon route between Marysville and Virginia City. Declining mine production and the completion of the transcontinental railroad in 1869 over Donner Pass reduced use to local traffic and eventually abandoned this historic route.