Heart of the Mother Lode 2-Day 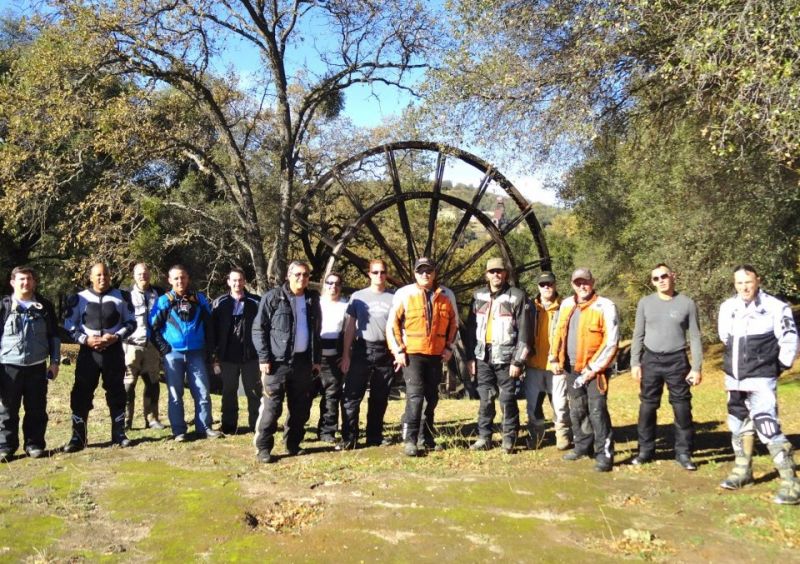 HEART OF THE MOTHER LODE

Here’s your opportunity for a two-day adventure ride to explore some of the best back roads and fun dirt roads in the heart of the Mother Lode. This dual-sport adventure ride weaves a tapestry of single-lane back roads, fun dirt roads, and historic sites throughout the heart of the Mother Lode. Your adventure begins in the Sierra Nevada foothills and travels curvy back roads to the historic gold discovery site where it all began in the gold rush town of Coloma CA. You will have the opportunity to visit one of the most significant historic sites in the nation where James Marshall discovered gold in 1848.

After visiting the gold discovery site your off-road adventure begins as you travel up and out of the American River Canyon on a historic dirt mining route. From the top of the ridge, your adventure explores south on a combination of dirt roads and curvy back roads through some of the richest hard rock mining sites and historic gold rush towns in the Mother Lode. You will also have the opportunity to visit some of the richest hard rock mines in the Mother Lode such as the Bunker Hill Mine and the Kennedy Mine which is one of the deepest hard- 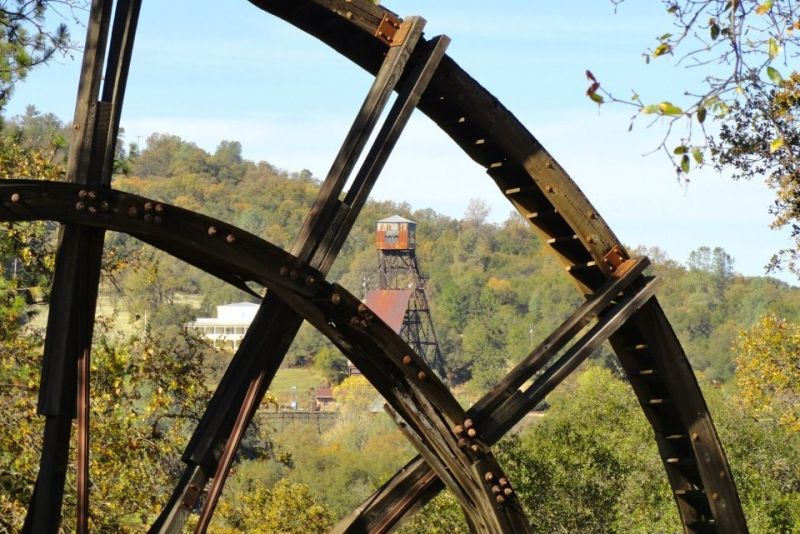 rock mines in the world. After visiting the Kennedy Mine your adventure explores a twisty curvy single-lane mining road down into the Mokelumne River Canyon. After crossing the river on a unique steel trestle bridge your adventure travels past the ruins of a historic gold mine once owned by California’s first senator William Gwin. From the south side of the canyon, your adventure continues on fun dirt mining roads through historic gold rush towns on some of the best twisty single-lane roads in Mother Lode. After crossing the Calaveras River your adventure travels further south to a forgotten mining town located on the eastern belt. This forgotten mining town was once a bustling gold rush town that thrived from the rich gold vein discovered in the historic Hearst Mine. This historic mine was once owned by Senator George Hearst father of the famous William Randolph Hearst. After visiting this forgotten town your adventure continues on a combination of remote dirt roads and twisty single-lane back roads to the historic gold rush town of Murphy’s. You will have the opportunity to have lunch at the scenic Ironstone Winery where you will also have the opportunity to view Ironstone’s 44-pound gold nugget which is the largest crystalline gold nugget in the world.  Yes, that's correct, this unique crystalline gold specimen weighs a remarkable 44 pounds with an appraised value of over $3.5 million. 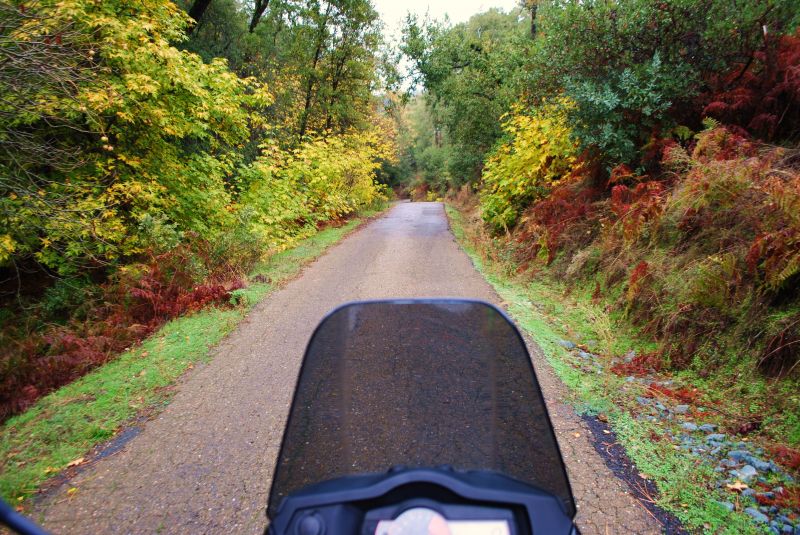 After lunch at Ironstone Winery, you will explore a twisty single-lane road to a remote mining camp on the Stanislaus River. From the river crossing your off-road adventure explores a narrow twisty curvy road out the canyon through a forest-covered ridge. From the top of the ridge, your adventure winds down a twisty curvy road once traveled by gold rush pioneers on their way to Columbia, which is one of the best-preserved gold rush towns in the Mother Lode. After your visit to Columbia, your adventure travels on curvy back roads to Jamestown home of the Historic Railtown 1897 State Historic Park. Your night’s stay will be at the Jamestown Railtown Motel and dinner and drinks at the historic Willow Steakhouse Bar & Grill.

The California Mother Lode is a world-famous hard-rock gold vein stretching northwest to southeast in the Sierra Nevada foothills. The California Mother Lode is a zone from 1.5 to 3.7 miles wide and 120 miles long, extending from Georgetown in El Dorado County to the north, through Amador, Calaveras, and Tuolumne counties, south to Mormon Bar in Mariposa County. Shortly after the discovery of gold on the American river in 1848, the rich Mother Lode was discovered in the early 1850s, during the California Gold Rush. The Mother Lode zone contains hundreds of mines and prospects, including some of the best-known historic mines of the gold-rush era. Individual gold deposits within the Mother Lode are gold-bearing quartz veins up to 49 ft. thick and a few thousand feet long. The Mother Lode was the most productive gold-producing district in the world during the California Gold Rush. 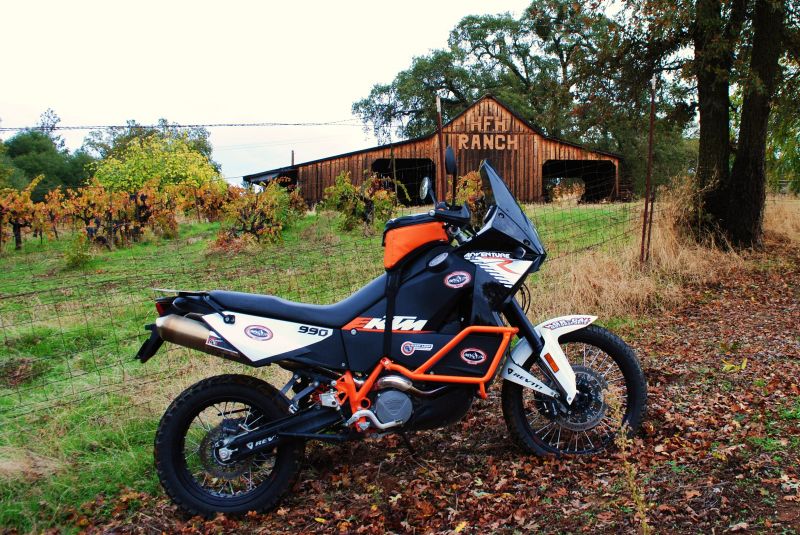 Day 2: After breakfast, your adventure includes a visit to the Railtown 1897 State Park and its historic Sierra Railway, also known as “The Movie Railroad” due to the numerous Hollywood movies and TV shows filmed at this historic location. Movies such as High Noon, Pale Rider, and Back to The Future and TV shows such as Bonanza, Little House on the Prairie, and Petticoat Junction. After your visit to Railtown, your adventure travels on fun back roads to Chinese Camp. A short distance beyond your off-road adventure explores the remote Red Hills to abandon mining camps and the remote location of the Red Hills Hollywood movie ranch, where just about every movie that appeared with an 1800’s train was filmed. After exploring off-road in the remote Red Hills your adventure will travel to the historic gold rush town of Knights Ferry, where you will have the opportunity to visit the longest covered bridge west of the Mississippi. Your return route continues on a combination of dirt roads and curvy back roads to Folsom.

*Riders have the option to buy lunch at Mountain Ranch Deli.