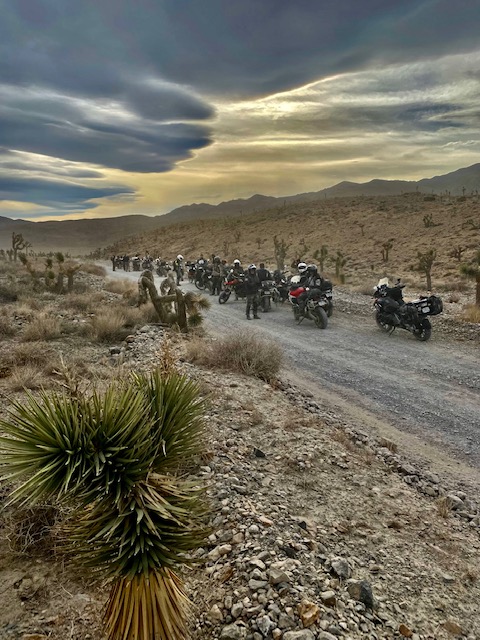 Ready to EXPLORE three amazing days through the crown jewel of the Mojave Desert. This adventurous ride explores some of the best OFF-ROAD routes, historic sites, and dramatic desert landscape imaginable throughout Death Valley National Park on your ADVENTURE.

Your adventure will begin near the southern end of the Eastern Sierra in the small desert town of Ridgecrest California. You will have the opportunity to explore off-road on historic routes to unique ghost towns such as Ballarat, Skidoo, and Leadfield which were boomtowns in the Death Valley region. You will also explore off-road to remote locations with spectacular and strange geological formations such as the Ubehebe Crater that appear to be from another planet.

Your off-road adventure begins as you explore one of the most unique geological features in the California desert. This eerie, fantastic landscape known as the Trona Pinnacles which consists of more than 500 tufa spires (porous rock) that formed as a deposit when underground hot springs welled up through fault line fractures on the lake bottom, some as high as 140 feet rising from the ancient Searles Lake dry basin. The pinnacles vary in size and shape from short and squat to tall and thin and are composed primarily of calcium carbonate known as tufa pinnacles. These strange shapes formed underwater in the ancient lake 10,000 to 100,000 years ago. This portion of Searles Dry Lakebed is the bottom of a long-ago glacial lake that was only one of many huge lakes that once inhabited the Death Valley region. During the Pleistocene Ice Ages, massive 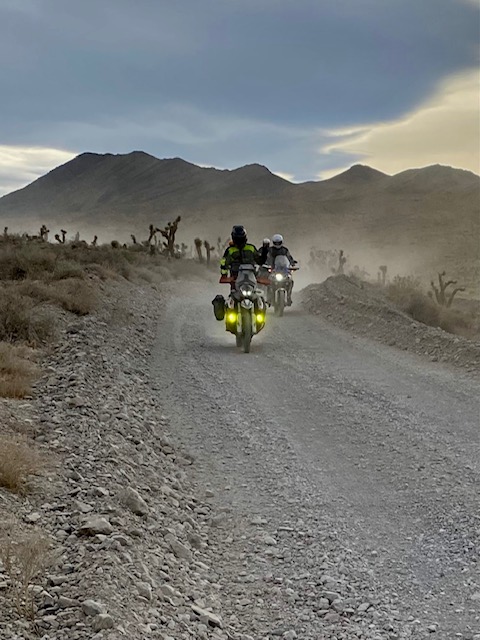 runoff spilled from the Sierra Nevada into a chain of "inland seas." This system of interconnected lakes stretched from Mono Lake to Death Valley and included Searles Lake, which at that time reached a depth of 640 feet. This unusual land formation now sits isolated in the middle of nowhere slowly crumbling away near the south end of the valley, surrounded by many square miles of flat, dried mud and with stark mountain ranges at either side.

Beyond the Trona Pinnacles, your adventure will take you back in time to the historic ghost town of Ballarat. Located at the base of the Panamint Mountain Range, Ballarat sprang to life in 1897 as a supply town for the nearby mines in the canyons of the Panamint Range. The main mine supporting the town was the Radcliff gold mine in Pleasant Canyon just east of town. Between the years 1898 and 1903, the Radcliff produced 15,000 tons of ore. Ballarat was named after an Australian gold camp by one of its first residents, an Australian immigrant named George Riggins. It was in the original Australian town of Ballarat that the first gold was discovered in that country in 1851. In its heyday from 1897 to 1905, Ballarat had 400 to 500 residents. It hosted seven saloons, three hotels, a Wells Fargo station, a post office (that opened in 1897) school, a jail, and a morgue, but no churches. Today, Ballarat has only one full-time resident known as Rocky who lives in this ghost town. Rocky runs the general store on afternoons and weekends to supply cold drinks to visitors passing through town. The town still has a few historic adobe buildings, foundations, a jailhouse, a morgue, and mining equipment scattered about including Charles Manson's forgotten army surplus Power Wagon Truck. 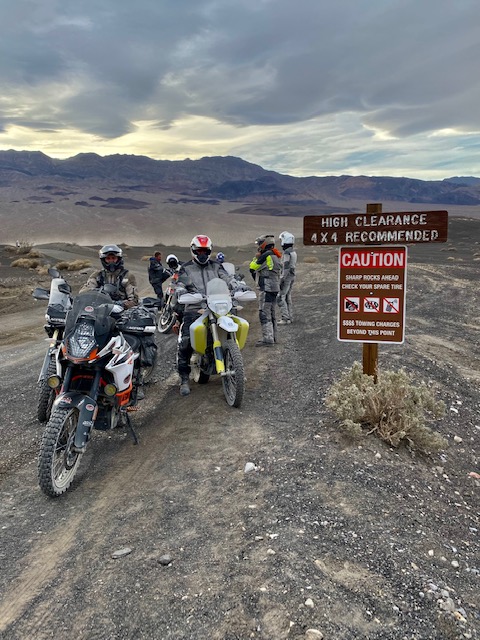 Beyond the Ballarat, your adventure climbs up and over Emigrant pass in the Panamint Range before descending to the depth of Badwater Basin in Death Valley which is the lowest elevation point in North America at 282 feet below sea level. This amazing low point is about 85 miles southeast as the crow flies of Mount Whitney which is the highest point in the contiguous United States with an elevation of 14,505 feet above sea level. Death Valley's Furnace Creek near Badwater holds the record for the highest reported air temperature in the world at 134 degrees on July 10, 1913. Death Valley National Park is not only a landscape with extreme temperatures, it's a unique landscape with amazing geological features, and rugged high mountains within the largest national park in the lower 48 states which has been declared an International Biosphere Reserve. Approximately 95% of the park is a designated wilderness area. It’s also the hottest and driest of the national parks in the United States. In this below-sea-level basin, steady drought and record summer heat make Death Valley a land of extremes. Yet, each extreme has a striking contrast. Towering peaks over 11,000 feet are frosted with winter snow. Rare rainstorms bring vast fields of wildflowers. Lush oases harbor tiny fish and refuge for wildlife and humans. Despite its morbid name, a great diversity of wildlife species survives in Death Valley, including 51 species of native mammals, 307 species of birds, 36 species of reptiles, three species of amphibians, and five species and one subspecies of native fishes. Small mammals are more numerous than large mammals, such as desert bighorn, coyote, bobcat, mountain lion, and mule deer. Mule deer are present in the pinyon/juniper associations of the Grapevine, Cottonwood, and Panamint Mountains.

After experiencing the lowest, hottest and driest point in North America your off-road adventure explores the historic Twenty Mule Team wagon road. For many people, nothing symbolizes Death Valley more than the famous Twenty Mule Teams. These "big teams" pulled massive wagons hauling borax from the Harmony Borax Works near Furnace Creek to the railhead near Mojave, a grueling 165-mile, ten-day trip across primitive roads in the Mojave Desert. Continuing on your adventure travels to the small desert town of Beatty Nevada for dinner, drinks, and your first-night stay. 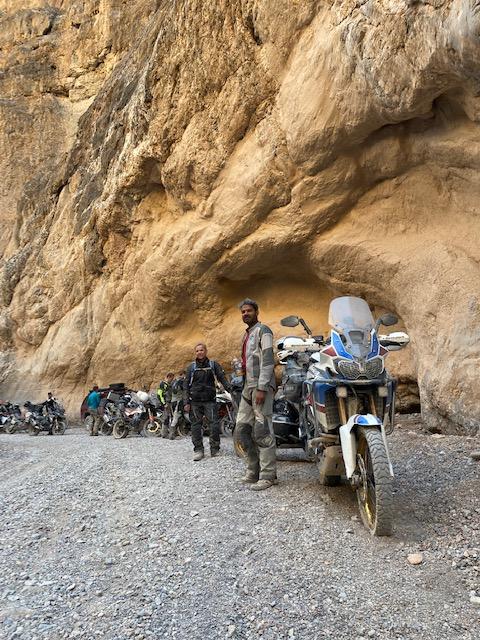 Day two of your adventure ride explores some of the best off-road routes and paved roads with striking vistas, and some of the most unique geological sites in Death Valley. From Beatty, your adventure ride travels west on a fun curvy desert road to a must-see geological site known as Ubeheba Crater located in a remote northern section of Death Valley National Park. After visiting the massive Ubehebe crater your off-road adventure explores an amazing geological site known as the racetrack where sliding rocks leave mysterious tracks across a dry lake bed. After visiting the mysterious Racetrack your adventure ride travels to the small desert town of Beatty Nevada where you will have the opportunity for dinner, drinks, and your second-night stay.

Day three of your off-road adventure explores a historic wagon route to one of the most short-lived towns in the history of the American mining booms. This off-road wagon route ventures into the remote Grapevine Mountains, east of Death Valley to the ghost town of Leadfield California. This ghost town located in the middle of nowhere has become identified in western mining lore as an example of fraud, deception, and deceit at its worst. Leadfield boomed briefly in 1925 and 1926 due to the extensive promotion which surrounded the camp, by an unsavory character of its chief promoter, and the swift 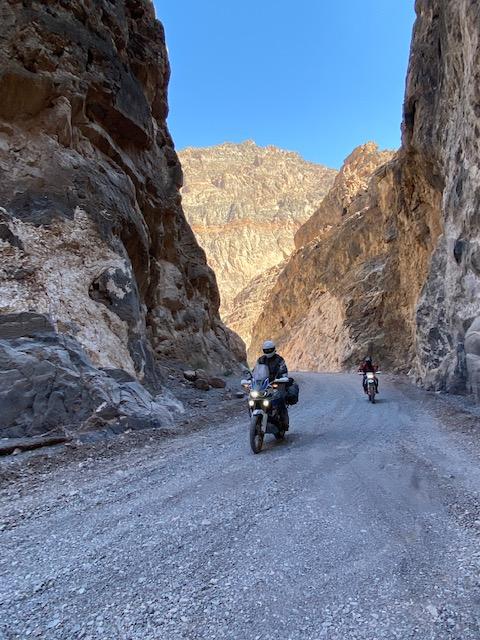 and sudden demise of the boom has led to unkind treatment at the hands of popular writers of western history. Leadville was the brainchild of C. C. Julian, who could have sold ice to an Eskimo. He wandered into Titus Canyon with money on his mind. He blasted some tunnels and liberally salted them with lead ore he had brought from Tonopah. Then he sat down and drew up some enticing, maps of the area. He moved the usually dry and never deep Amargosa River miles from its normal bed. He drew pictures of ships steaming up the river hauling out the bountiful ore from his mines. Then he distributed handbills and lured Eastern promoters into investing money. Miners flocked in at the scent of a big strike and dug their hopeful holes and built a few shacks into the hillsides. Julian was such a promoter he even conned the U. S. Government into building a post office. After the people moved away and the dust had settled from the bustling mines the town slipped away into obscurity, leaving behind a few structures and scares in the mountainsides from the miners who dreamed of striking it rich. Leadfield may have been a bust but it did set a rich historical record for being one of the shortest-lived towns in western mining history.

Beyond Leadfield your off-road adventure explores Titus Canyon, one of the most scenic and unique canyons with a dirt road that passes thru some of the most beautiful desert mountain scenery in Death Valley. Titus Canyon has it all, rugged mountains, colorful rock formations, a ghost town, petroglyphs, wildlife, rare plants, and spectacular canyon narrows as a grand finale! Titus Canyon is a deep, narrow gorge cut into the steep face of the Grapevine Mountains of the Mojave Desert, within Death Valley National Park. Although the Grapevine Mountains were uplifted relatively recently, most of the rocks that make up the range are over half a billion years old. The gray rocks lining the walls of the western end of Titus Canyon are Cambrian-age (500–570 million years old) limestone. These ancient Paleozoic rocks formed at a time when the Death Valley area was submerged beneath tropical seas. By the end of the Precambrian, the continental edge of North America had been planed off by erosion to a gently rounded surface of low relief. The rise and fall of the Cambrian seas periodically shifted the shoreline eastward, flooding the continent, then regressed westward, exposing the limestone layers to erosion. 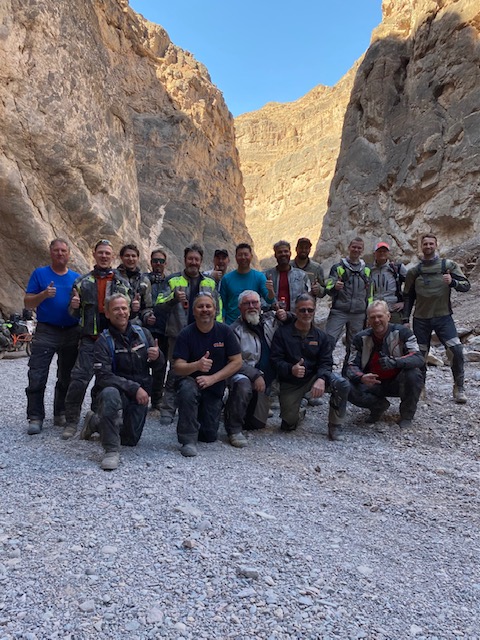 The sediments have since been upturned, up-folded, down-folded, and folded back onto themselves forming unique folds within the canyon walls. The highest point of the route is Red Pass at an elevation of 5,213 ft. above sea level. As the road reaches the foothills, it starts to climb and meander among the sagebrush and red rock outcroppings. The road becomes steeper and narrower as it approaches Red Pass, aptly named for its red rocks and dirt. From the summit of Red Pass, the road descends quickly as it winds its way down into the canyon. As the road travels downward, the canyon walls continually creep closer and closer, squeezing the road and creekbed into one narrow slot canyon. The canyon walls begin to rise hundreds of feet straight up exposing layers of rock, twisted and deformed from the tremendous forces that formed the mountains. The walls of the canyon are so steep and narrow that the sun's rays do not penetrate to the bottom of the deep canyon.

Beyond Titus Canyon, your off-road adventure explores a dirt wagon route through a scenic canyon to the historic Wildrose Charcoal Kilns located in a remote area of the Panamint Mountain Range. In 1877 George Hearst’s Modock Consolidated Mining Company completed the construction of the charcoal kilns in Wildrose Canyon. The charcoal produced by the kilns was to be used as fuel for two silver-lead smelters that Hearst had built in the Argus Range 25 miles to the west. The kilns operated until the summer of 1878 when the Argus mines, due to deteriorating ore quality, closed and the furnaces shut down. The Wildrose kilns employed about 40 woodcutters and associated workmen, and the town of Wildrose, a temporary camp located nearby, was home to about 100 people. Each of the 10 kilns stands about 25 feet tall and has a circumference of approximately 30 feet. Each kiln held 4 cords of pinyon pine logs and would, after burning for a week, produce 2,000 bushels of charcoal. These ten beehive-shaped masonry structures are believed to be the best-known surviving example of such kilns to be found in the western states and among the more remarkable historical-architectural features of Death Valley National Park. 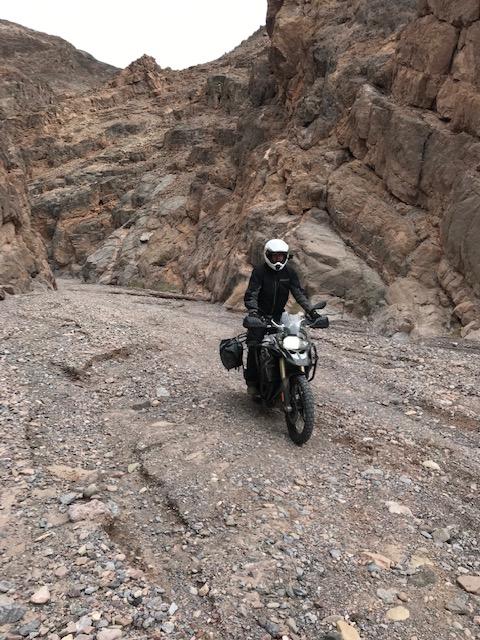 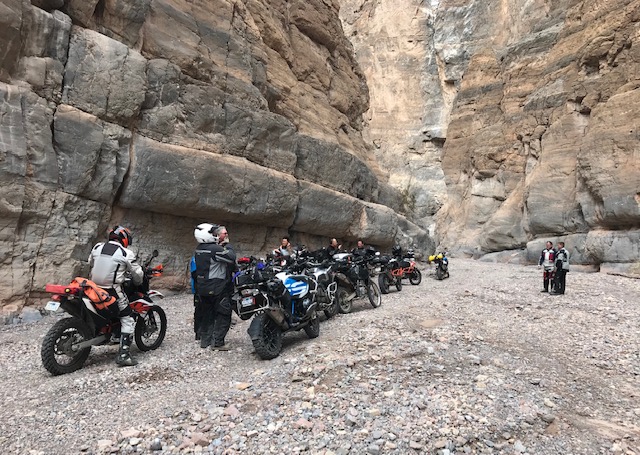 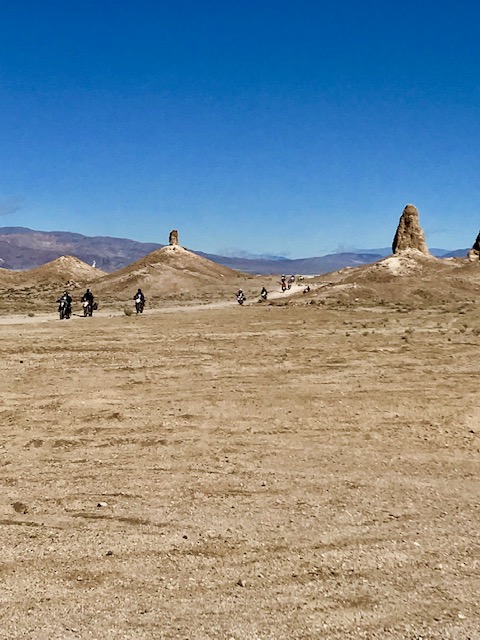 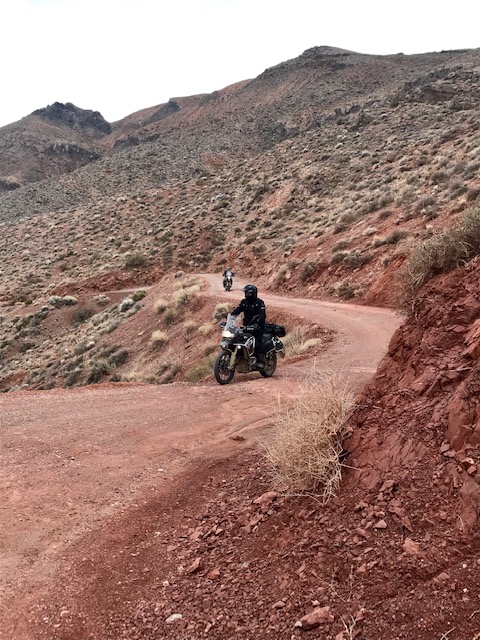 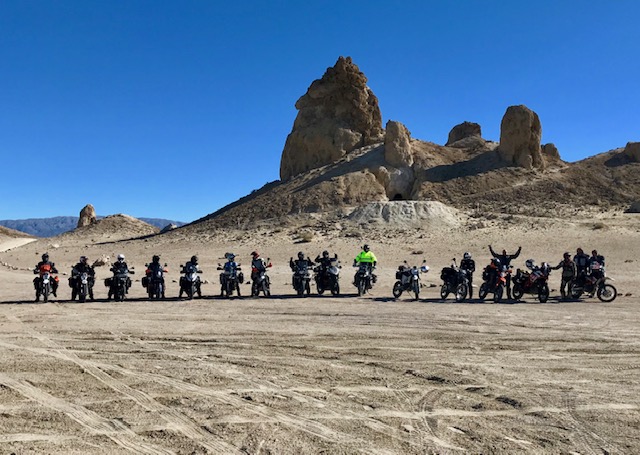 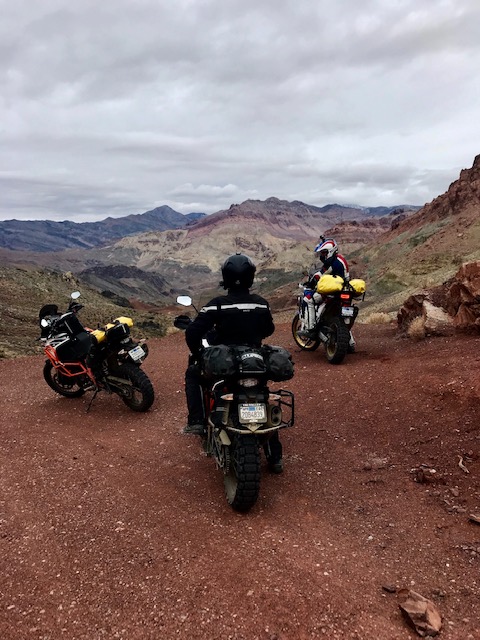 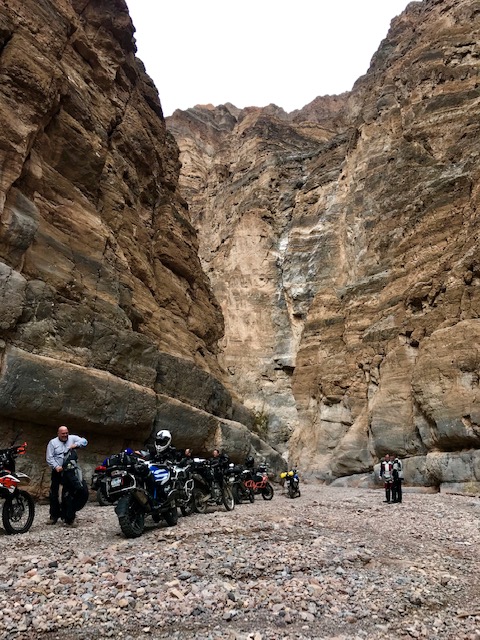 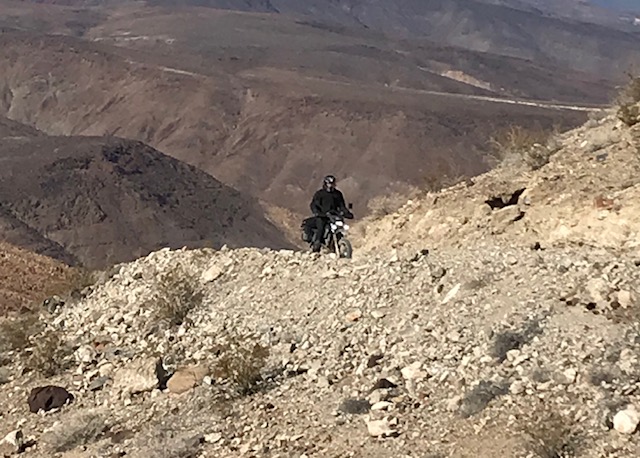 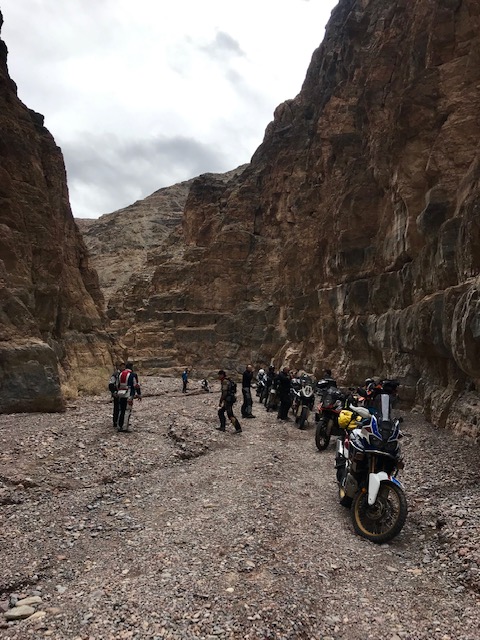 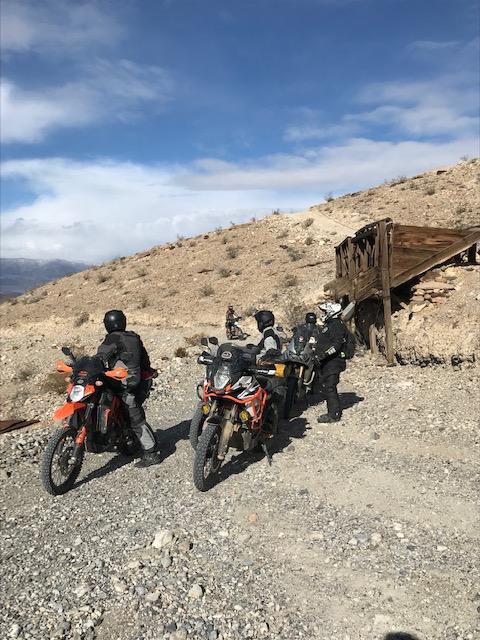 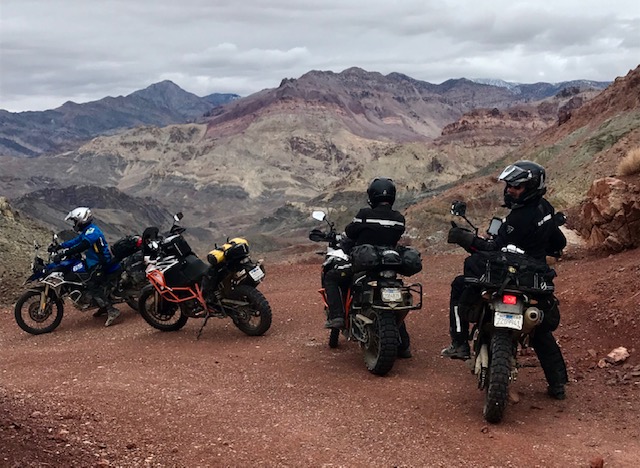 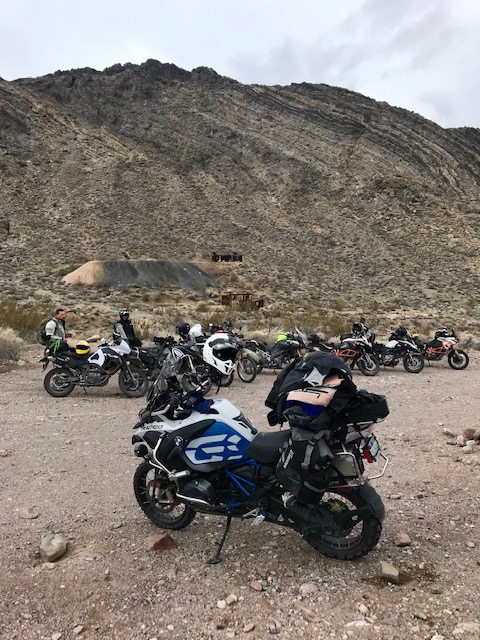 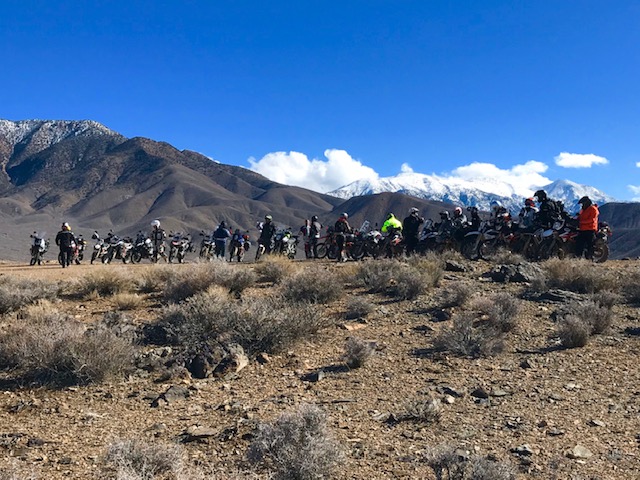 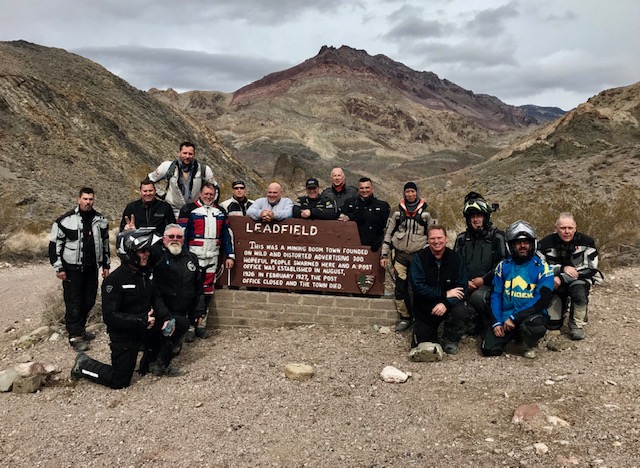 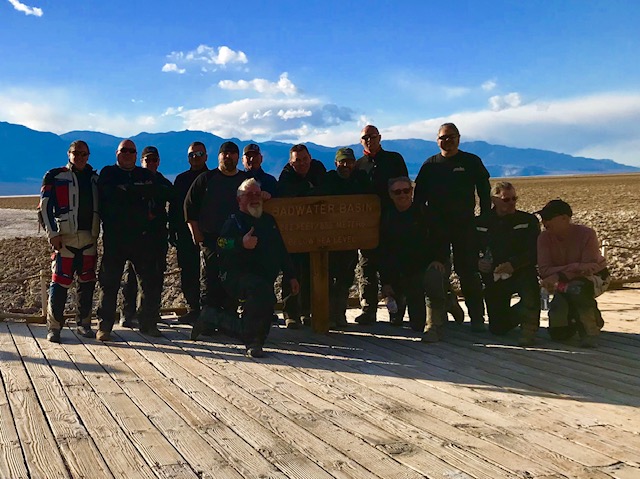 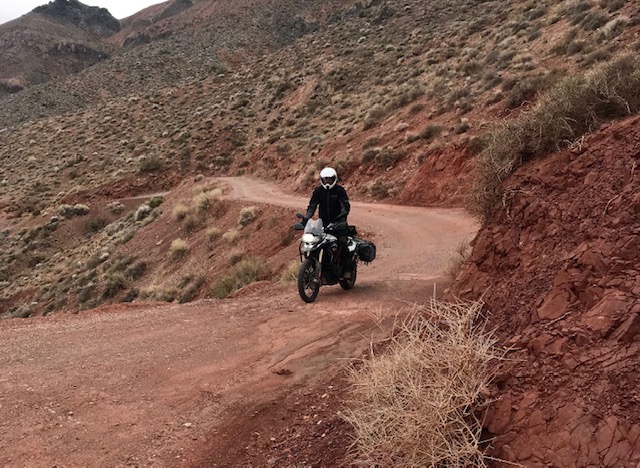 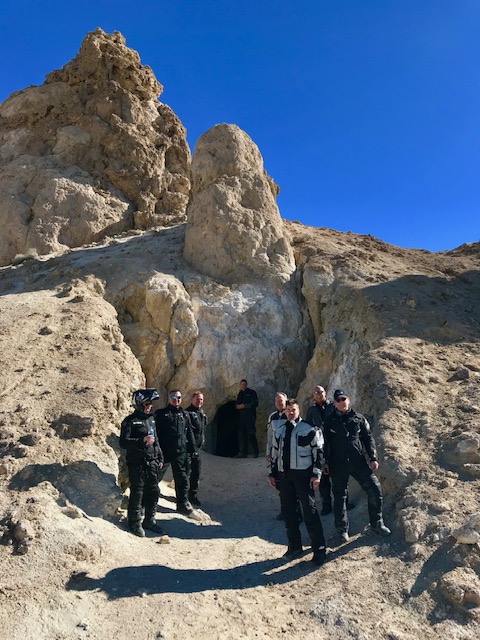 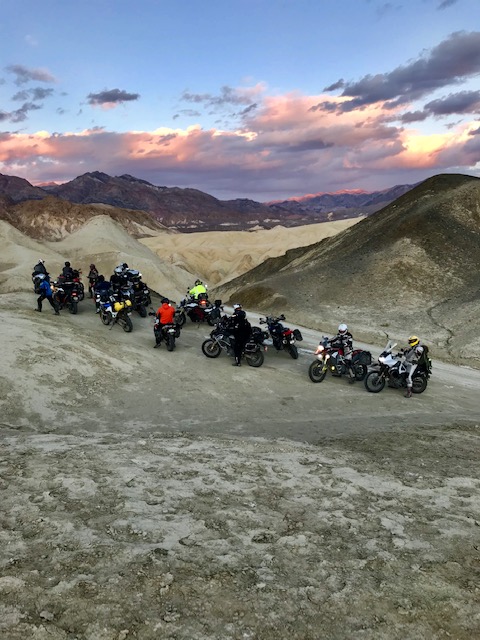 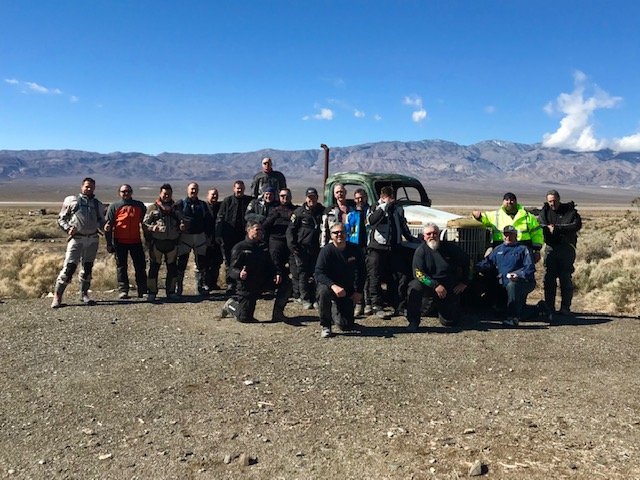