Here's your opportunity to explore the wild and scenic Crystal Basin in the Sierra Nevada. 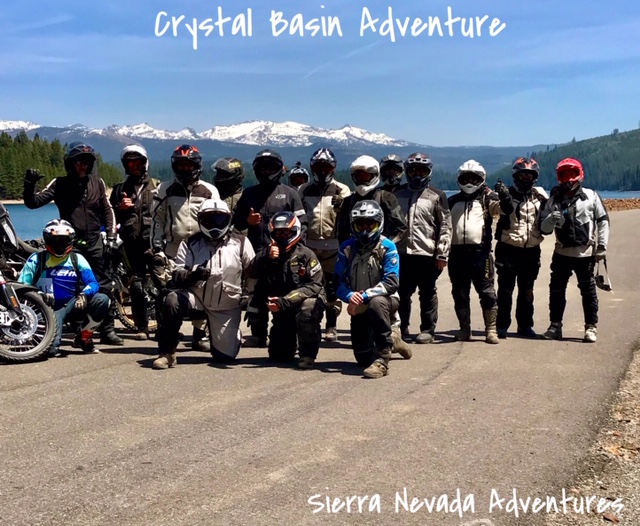 Your adventure ride begins on the edge of the foothills on the western side of the Sierra Nevada. You will have the opportunity to travel a great combination of back roads and explore a series of remote dirt roads through the historic Gold Country to the wild scenic Crystal Basin located on the western slope of Desolation Wilderness. Your off-road adventure explores through deep canyons, shady dense forest, past cascading creeks to crystal clear blue lakes with stunning views of the Crystal Range. 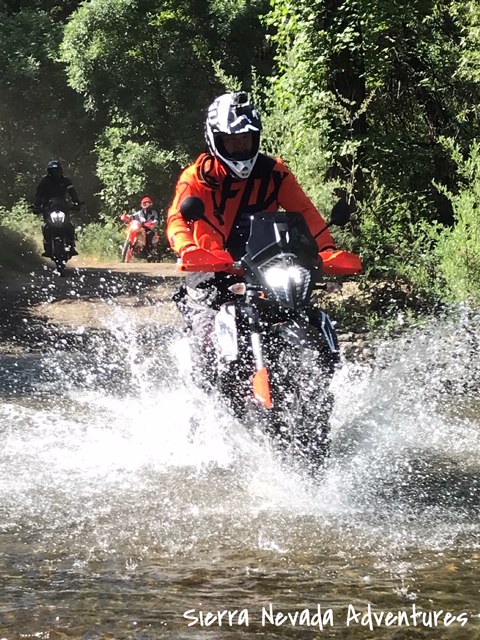 After exploring off-road, you will have the opportunity ride a scenic single-lane road through shady dense forest to a remote fire lookout which provides a spectacular panoramic view of the scenic Crystal Range in the Sierra Nevada. The mountain summit is your destination for lunch and taking in the panoramic view of the majestic Crystal Range. “Don’t forget your camera”. After your visit at the scenic lookout, you will explore a combination of curvy twisty roads and fun dirt roads on a completely different route back to your original start point located on the western edge of the Sierra Nevada. 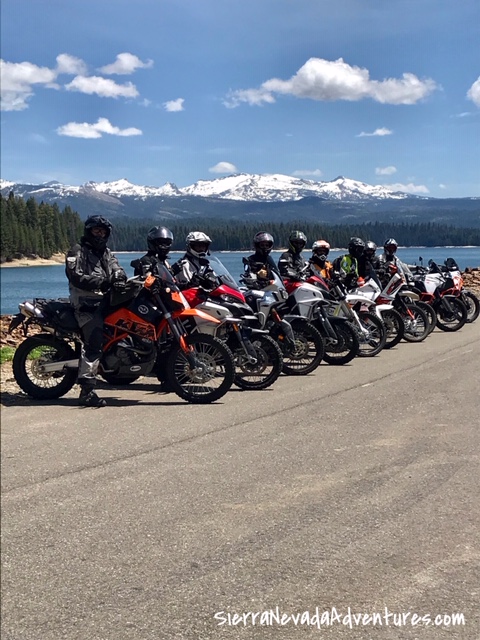 The Crystal Basin located on the western slope of the Crystal Range spans roughly 85,000 acres in El Dorado National Forest, which simply means it’s your public land to explore. The Crystal Basin is filled with beautiful scenery consisting of lakes, reservoirs, forest, steams, waterfalls and stunning views of the Crystal Range. Historically speaking, the El Dorado National Forest region was originally home to Miwok, Maidu and Washoe tribes before pioneers explored the area in search of “gold” in California. The name El Dorado is Spanish for the golden one and later became the name of a legendary “Lost City of Gold” that has fascinated and so far, eluded explorers since the days of the Spanish Conquistadors. For those who know Spanish, it’s obvious that the name of the forest is not the common spelling for El Dorado. 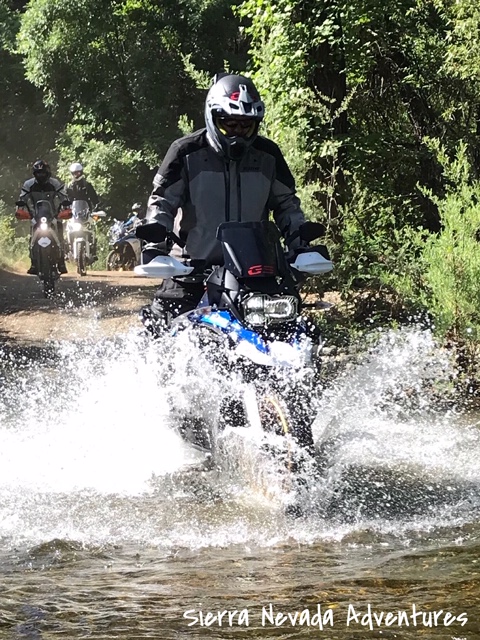 The historical reason for this unusual spelling is not clear in the records. Some say it was a typo, other’s say it has a Chilean root that came with the early gold miners. Regardless of how it is spelled, it has been spelled that way for over 100 years, long enough to be part of the national forest’s distinct heritage. The El Dorado National Forest created on July 28, 1910 was carved out of the existing Tahoe National Forest to the north and Stanislaus National Forest located to the south. The story of today’s national forest is written on its wild landscapes and in the hearts and spirits of people who seek adventure.

The Crystal Range is a majestic small chain of mountain peaks located in Desolation Wilderness in the state of California. This impressive range is a subrange of the Sierra Nevada Mountains, located west of Lake Tahoe and east of the Crystal Basin. 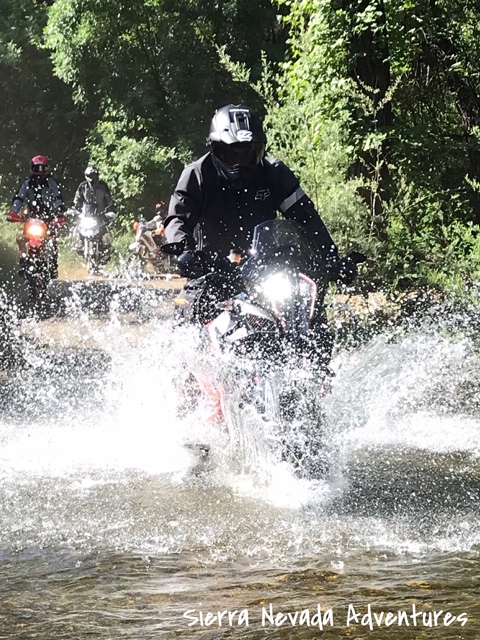 The Crystal Range mountains run roughly 25 miles north-to-south. The highest and most southerly peak is Pyramid Peak (9,985 ft.), Mount Agassiz is next to the north at (9,967 ft.), with Mount Price at (9,975 ft.) rounding out the southern group of peaks. North of Mount Price is Red Peak, Silver Peak and Tells Peak which is the northernmost named peak in the range. The impressive Crystal Range is part of the massive Sierra batholith, the combined masses of granitic rock that have been uplifted by tectonic action to form the 400-mile-long Sierra Nevada. Around Lake Tahoe, the peaks are in the 10,000-foot range with Freel Peak being the highest peak at (10,886 ft.). The Sierra Nevada, John Muir's "Range of Light", is perhaps the most beautiful single range in the contiguous United States, as well as the highest and longest. The Rockies may be technically longer, but do not have the unified and continuous mass the Sierra Nevada presents. On shaded relief maps, the huge elongate mass of the Sierra Nevada, rising from the flat Central Valley on the west and the deserts of the Great Basin on the east, stands out strikingly as a truly enormous and important mountain grouping. Even though Colorado has 54 peaks over 14,000 feet to the 12 in the Sierra Nevada and only Mount Whitney rising higher than the highest summits in the Rockies, the massive Mount Whitney at (14,505 ft.) holds the record for the highest mountain in the continuous United States and the Sierra Nevada. 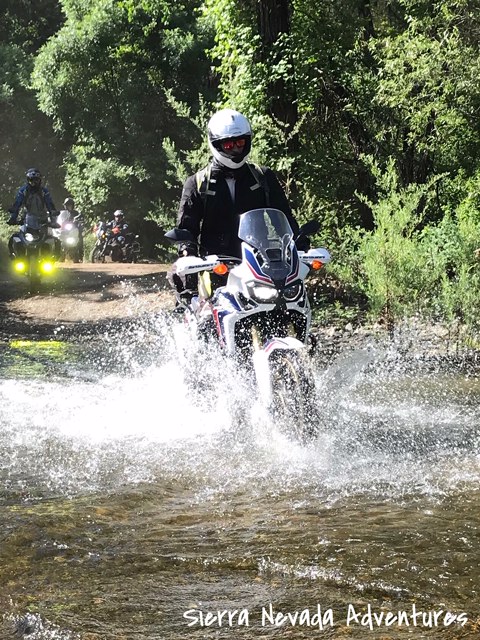 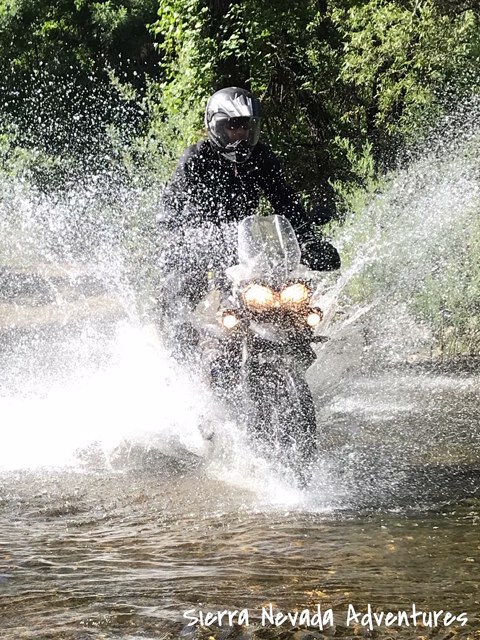 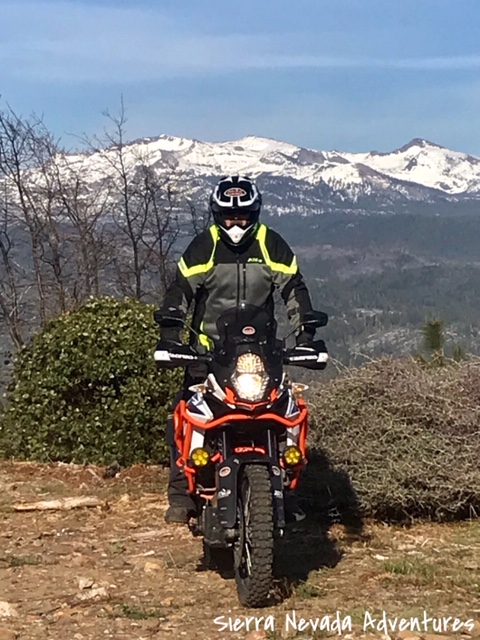 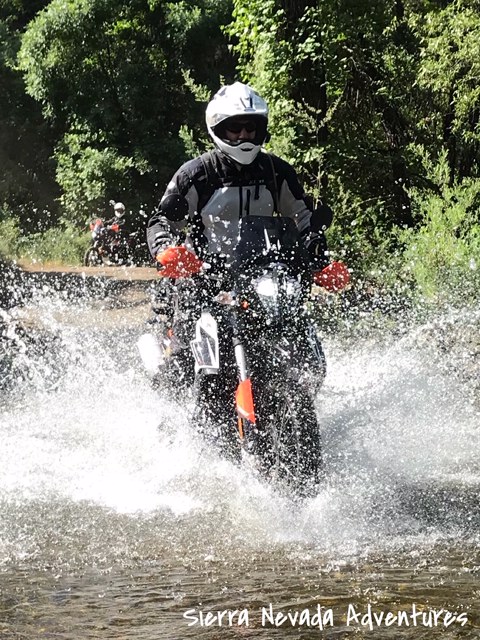 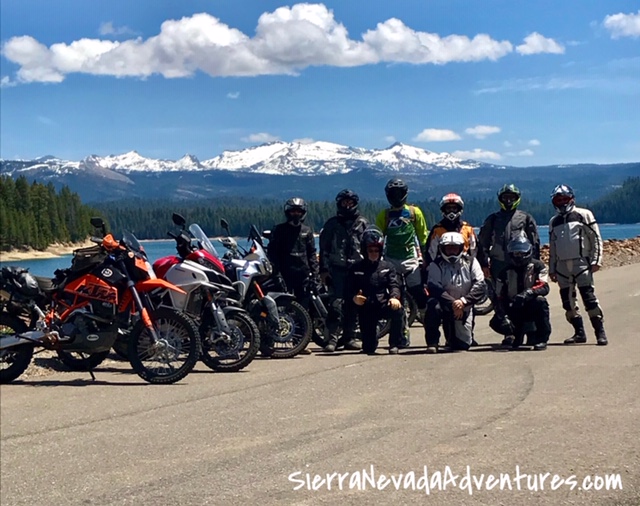 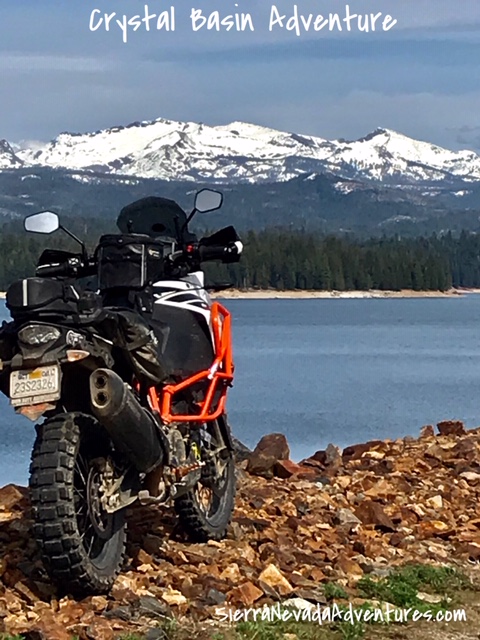 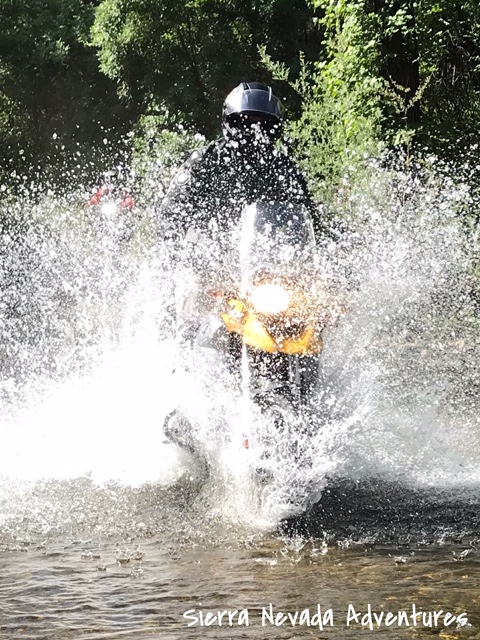 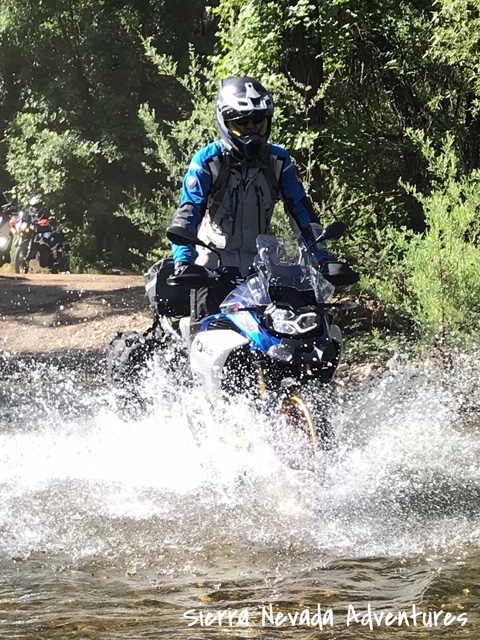 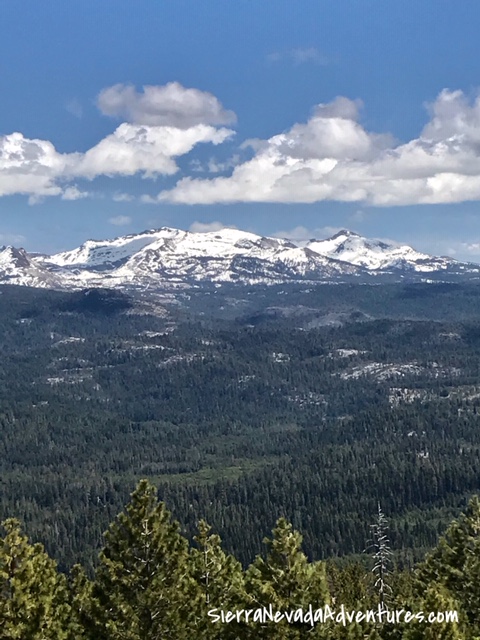 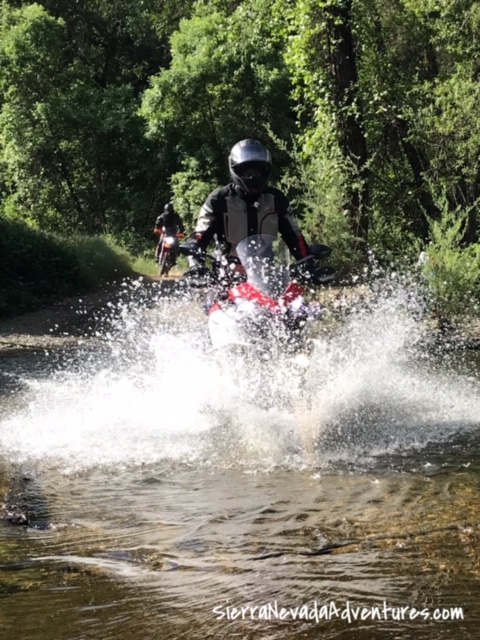 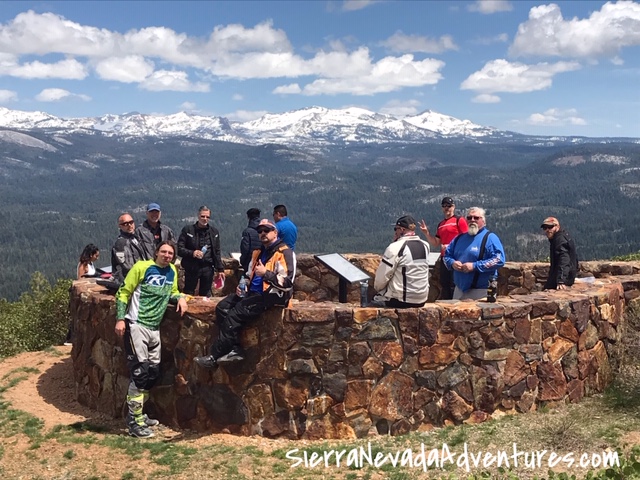