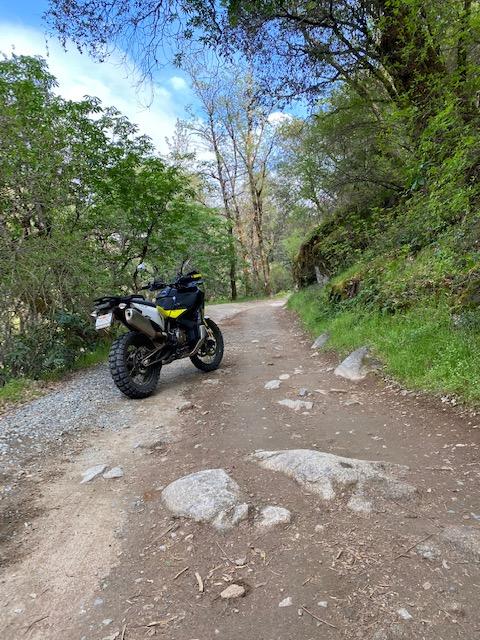 TIMBUCTOO and BEYOND RIDE

You’ve heard tall tales to describe some unknown place far away, like “From here to Timbuctoo,” not having the remotest idea of where this place could be or if a place named Timbuctoo even exist. Yes, there actually is a Timbuctoo ghost town located in the Sierra Nevada foothills. 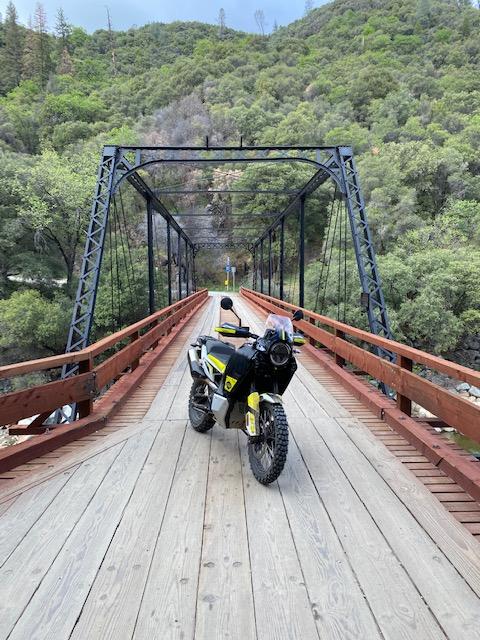 During the early days of the California Gold Rush, a man from Timbuktu Africa was prospecting in a ravine near the Yuba River and discovered gold in the ravine which was named Timbutoo after the man’s hometown which was misspelled by miners of the day. Soon after his discovery of gold word got out and the miners who were prospecting along the Yuba River gathered in the ravine with hopes to strike it rich. The rich placer diggins continued to pay off so miners from all around the world began to flock to the area and a new town sprang to life. The mining town of Timbuctoo continued to grow and the placer diggins enjoyed further success making the town of Timbuctoo become the largest town in eastern Yuba County during the 1850s. 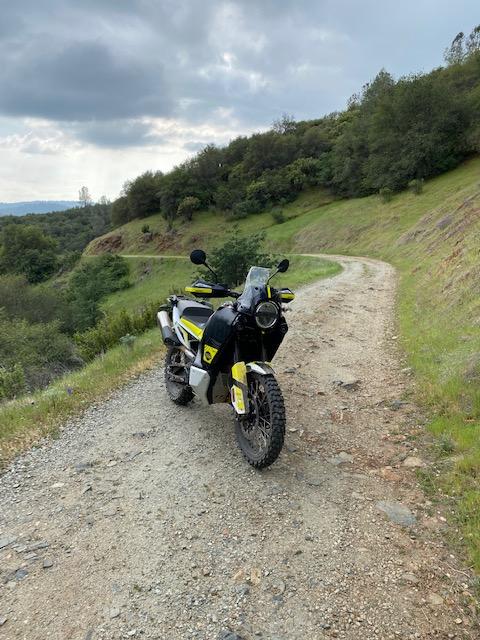 Timbuctoo enjoyed its heyday during the 1850s and the rich placer diggins allowed for the construction of permanent buildings of wood and brick which included many stores, businesses, saloons, hotels, a theater, a church, and a brick Wells Fargo office. During the 1850s Timbuctoo was a thriving mining town but as time went on the rich placer diggins suddenly came to an end when a court ruling brought an end to hydraulic mining in 1884 and the town of Timbuctoo became a ghost town lost in time. Today the crumbled ruins of the Wells Fargo Office, the scarred hillsides, and the lost dreams of the prospectors still remain to be seen and explored by the ones who seek adventure.

On this Northern Gold Country ride, you will have the opportunity for a lunch break along the side of the Yuba River near the historic Bridgeport Covered Bridge.  You will also have the opportunity to walk across this well-preserved historic covered bridge that was once traveled by pioneer prospectors in seek of gold. 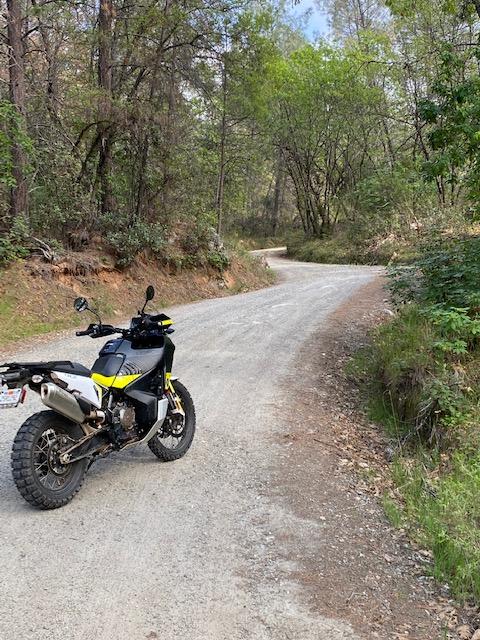 The Bridgeport Covered Bridge was an important link during the Gold Rush for a freight-hauling route that stretched from the San Francisco Bay to Virginia City Nevada and points beyond after the discovery of the Comstock Lode in 1859 which sparked a mining boom in Nevada.  Steamboats carried freight from the San Francisco Bay up the Sacramento River to Marysville, where it was loaded onto wagons for the long trip across the Sierra Nevada via the Virginia Turnpike, and the historic Henness Pass wagon road.  The route across the bridge was ultimately eclipsed by the completion of the First Transcontinental 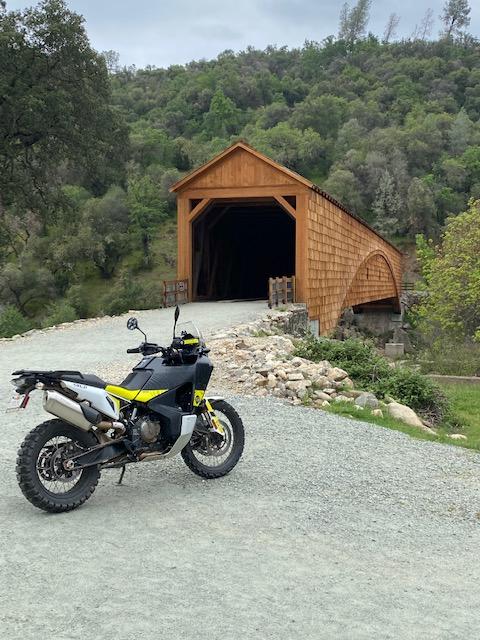 Railroad as far as Reno in 1868 via Donner Pass, but it continued to serve nearby communities in the foothills until improved roads and bridges on other routes drew away most of the traffic.  Eventually, the need for the covered bridge and Henness Pass route was abandoned and left in time as a relic from the California Gold Rush.

Beyond the Bridgeport Covered Bridge, your adventure explores off-road on a historic wagon route up the north side of the Yuba River Canyon to the historic French Corral Wells Fargo building.  This well-preserved brick structure still stands as a fine example of a Wells Fargo building that was once an important stopping point along this historic wagon route.  The French Corral Wells Fargo building is one of the sharpest, most striking "Old West" buildings to be found in the gold country today. Built during the town's heyday during the 1850s, the one-story brick structure was solidly built and fitted with iron doors and shutters, more for the protection against bad men than fire in this location, as large amounts of gold were stored and shipped from this office.  Kept in an excellent state of repair, it's not hard to imagine the iron doors swinging open and miners coming in from the hills to sell their gold dust and nuggets.

Beyond the historic French Corral, Wells Fargo building your off-road adventure explores the historic wagon route to Purdon's Crossing Bridge.  Purdon's Crossing was once an important wagon route from Nevada City to the northern mines in the Downieville region.  The current steel bridge with wooden planks was built in 1895 by the Cotton brothers of Oakland.  This historic steel bridge replaced several wooden bridges previously built during the gold rush that had been washed away in floods.  It is the only bridge of the half-through truss design remaining in California.  Purdon Crossing was a vital link of the main road from Nevada City to Downieville and the northern mines.

*If you plan on truck/trailering your bike, there's parking available at Raley's parking lot. 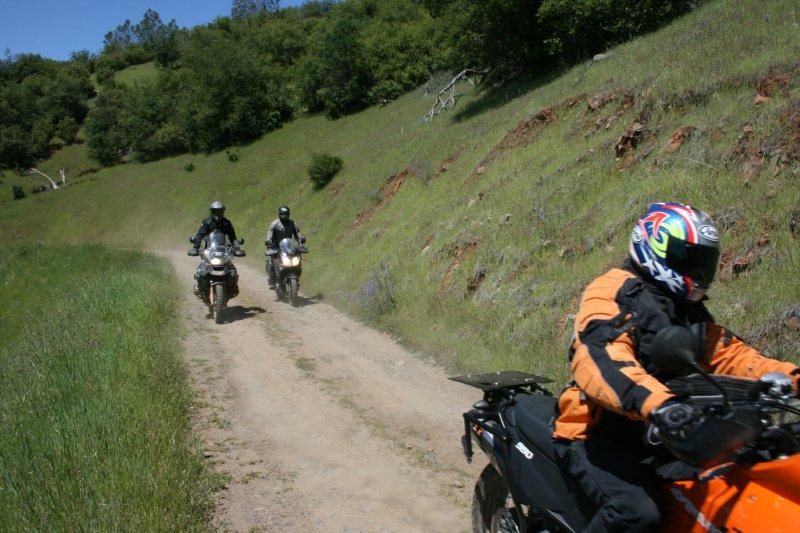 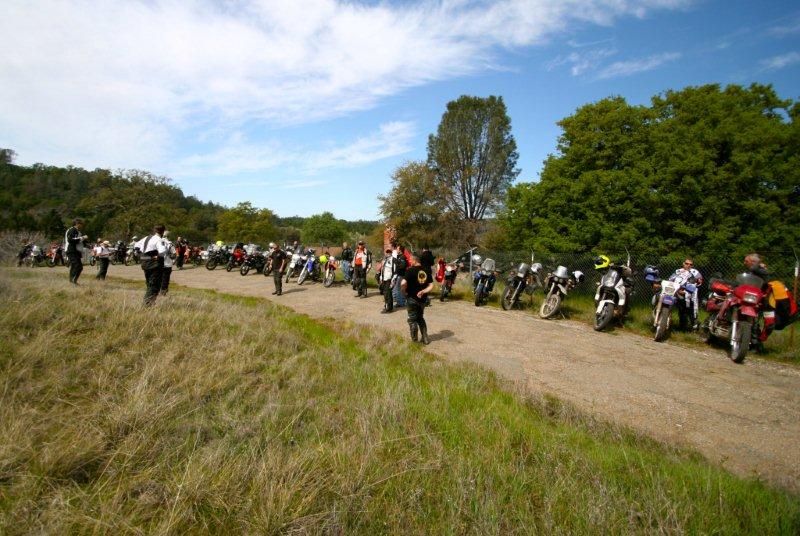 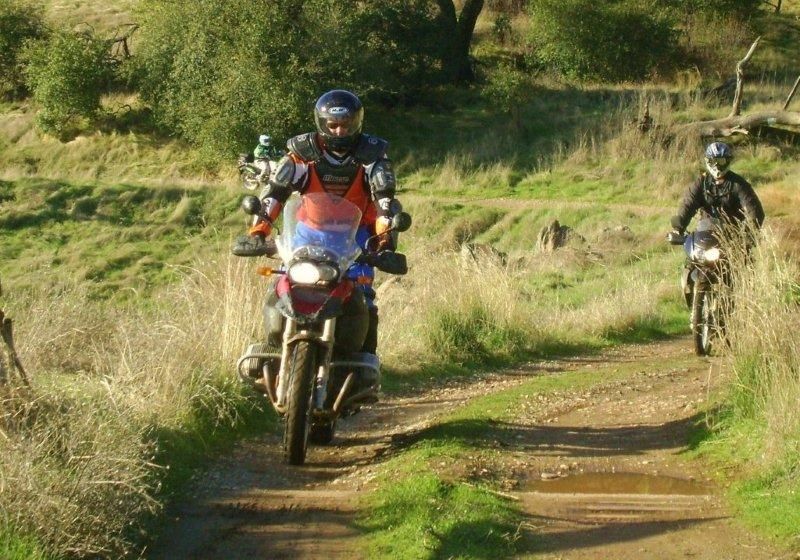 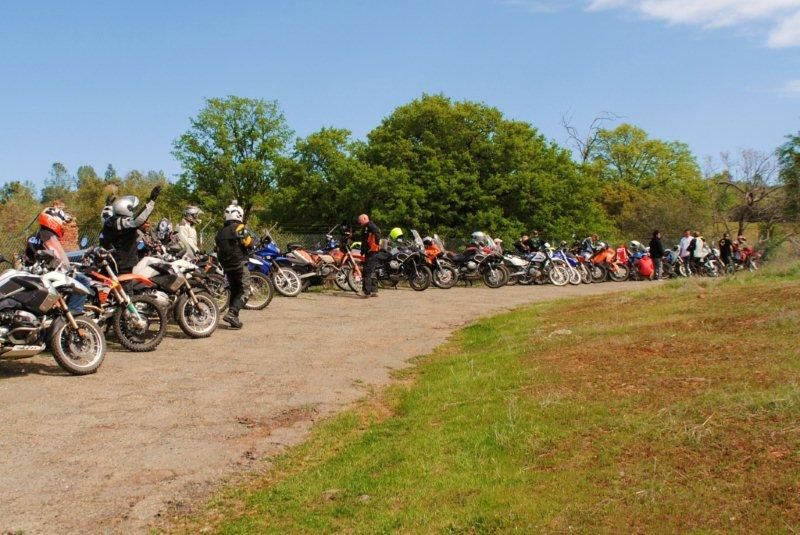 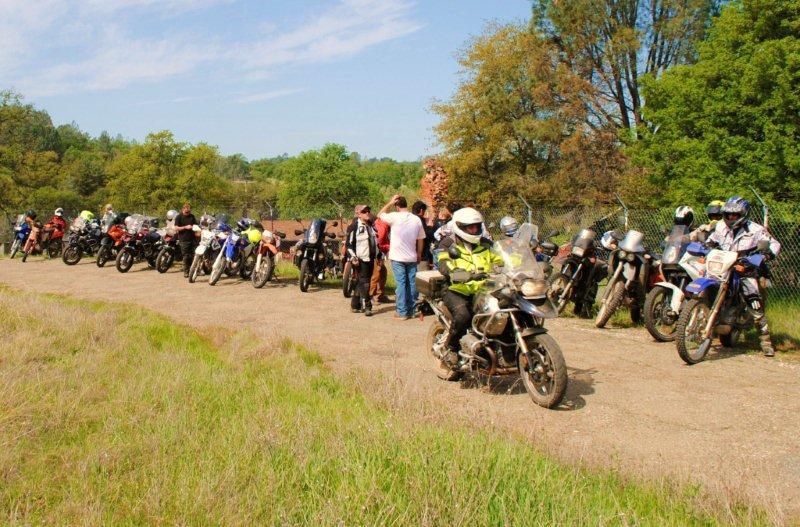 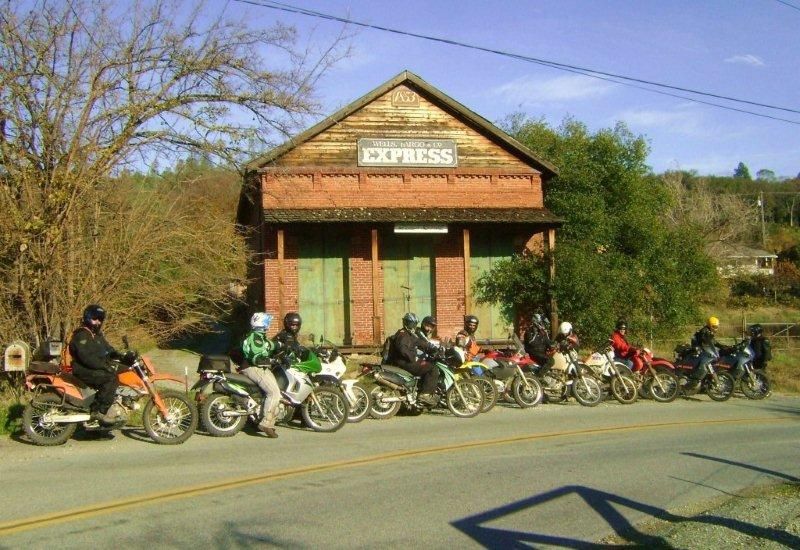 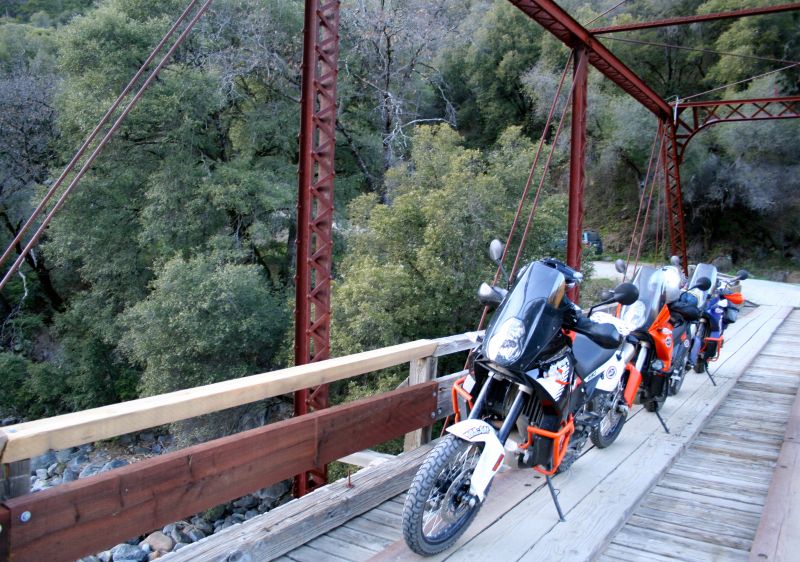 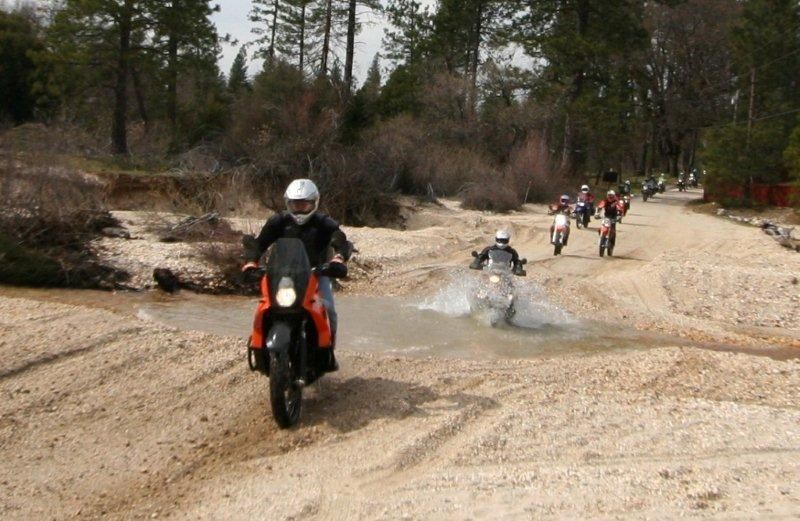 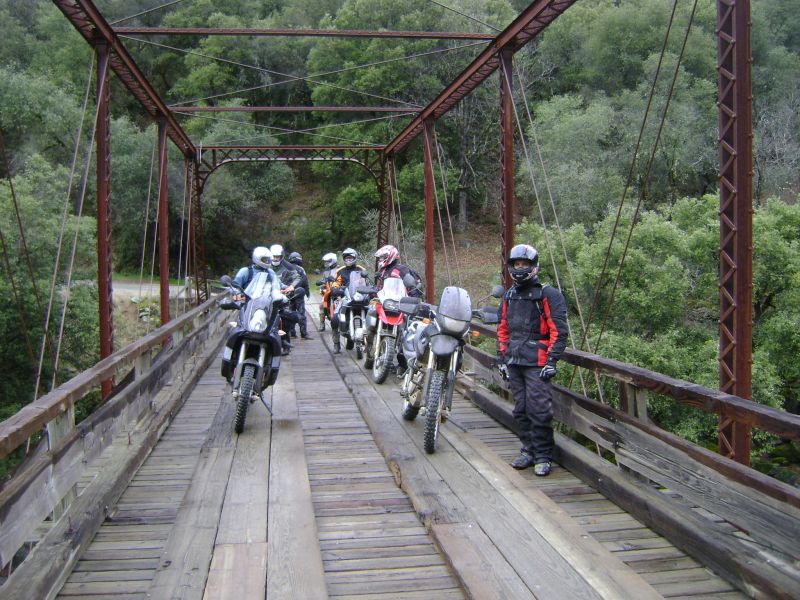 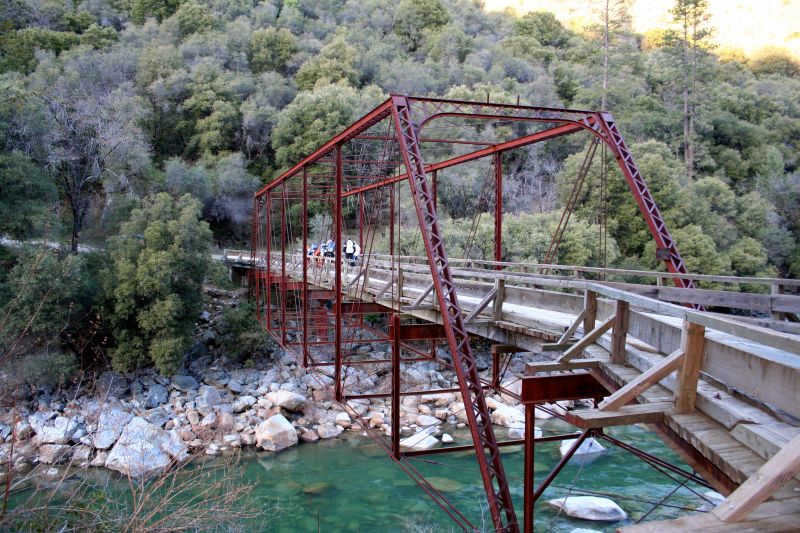