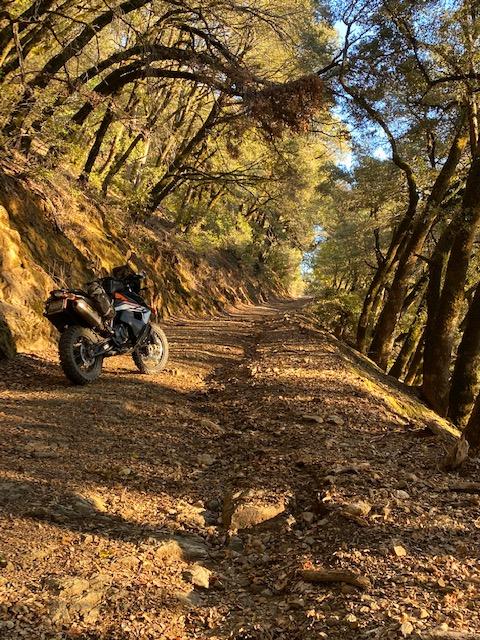 Gold Canyon Adventure ride will take you on a journey back in time to visit a pioneer ghost town including a historic gold mine from the early days of the California Gold Rush. Your adventurous off-road route explores a series of twisty switchbacks through steep river canyons in search of an abandoned gold mine with a historic stamp mill hidden deep in the forest. This amazing stamp mill, still intact and located in the middle of nowhere was once used by prospectors to crush the quartz rocks and extract millions of gold from the rich gold-bearing quartz rocks during the 1800s. 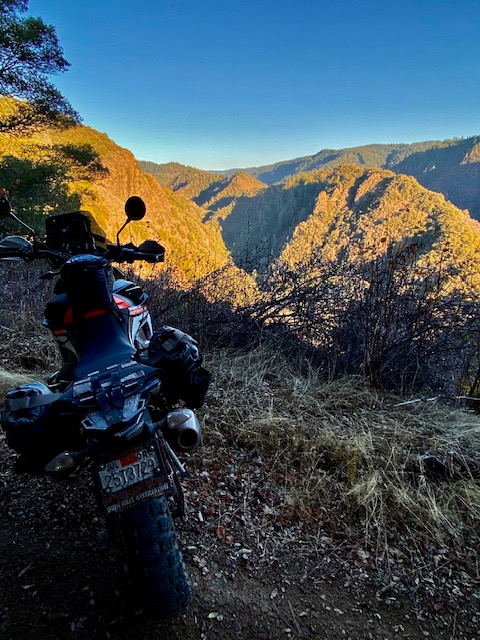 Your adventure begins in the gold rush town of Auburn, first known as North Fork Dry Diggins. This name was changed to Woods Dry Diggins, after John S. Wood settled down, built a cabin, and started to mine in the ravine. The area soon developed into a mining camp, and it was officially named Auburn in 1849, by miners from Auburn, New York. From Auburn, your adventure ride explores a series of exciting back roads and twisty single-lane roads to Nevada City, one of California’s best-preserved Gold Rush towns. This small forest-wrapped mining town with attractive Victorian-era homes features a well-preserved core of historic buildings, including California’s oldest operating structure originally built for 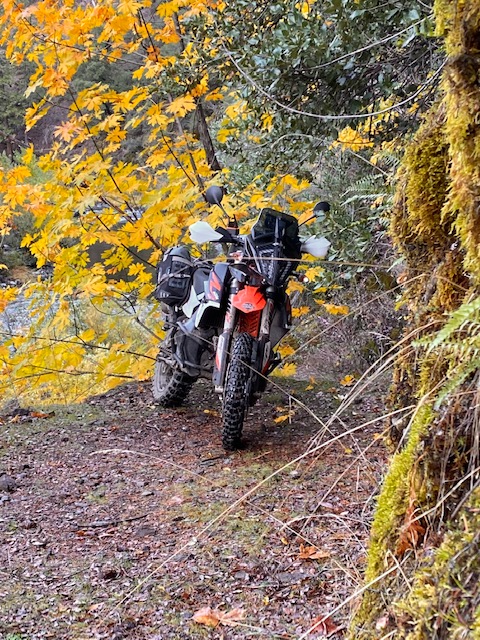 performances. This historic 1865 Nevada Theatre, has housed post-performances ranging from Mark Twain to Mötley Crüe who performed in this historic theatre in 1981. From Nevada City, your journey quickly leaves civilianization behind as your adventurous route drops into the rugged and remote Yuba River Canyon.

Your off-road adventure explores an amazing historic off-road wagon through a wooded canyon once traveled by adventurous pioneers in search of gold in the rugged and remote middle fork of the Yuba River Canyon, known to the pioneers as Gold Canyon. Gold mining began in 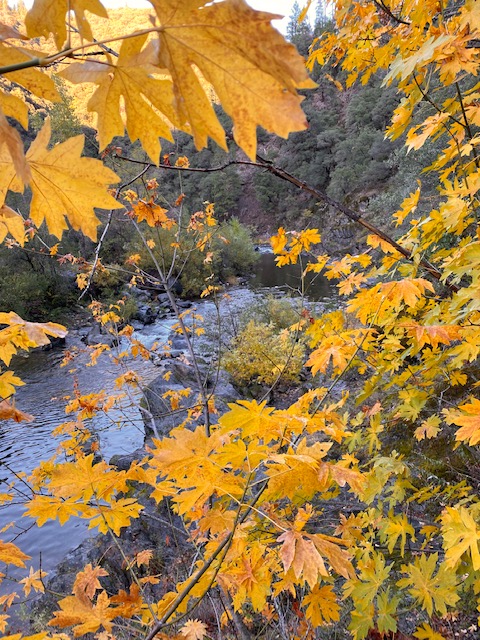 Gold Canyon in the early 1850s and has continued to the present day due to the rich lode deposits found in this remote canyon and surrounding area. Several major gold mines are located in Gold Canyon such as the German Bar Mine, Gold Canyon Mine, Independent Mine, Plumbago Mine, and the nearby Sixteen-to-One Mine. Your off-road adventure explores this historic canyon on one of the most remote wagon routes within the wild and scenic Yuba River Canyon region

Gold Canyon’s rich mining history dates back to the early days of the California Rush when some of the first pioneers explored the rugged and remote Yuba River Canyons. The first pioneers to arrive had no idea 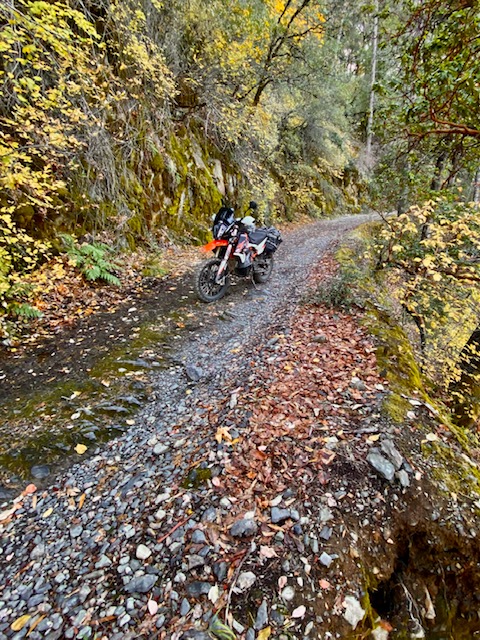 that a network of rich quartz veins ran through this area. All they knew was that panning for gold in just about any creek in the area would result in gold… lots of gold! All of the creeks between the North, Middle, and South Forks of the Yuba Rivers would result in gold nuggets. The rush of pioneers to these gold-bearing canyons first set up tent cities and worked the placer gravels that were known to be exceptionally rich and also produce very large nuggets. Lode mines developed slowly in this mining district because of the rich yields of placer gold that were easily worked in the early years, but before long several major gold mines sprang up in Gold Canyon such as the 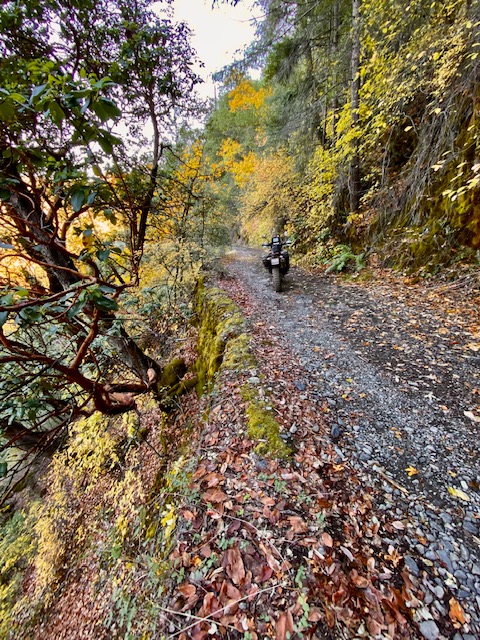 German Bar Mine, Gold Canyon Mine, Independent Mine, Plumbago Mine, and the nearby Sixteen-to-One Mine. The placer gravels were easily worked and produced a lot of gold, but ancient river channels sitting high on the canyon showed exceptional values as well. These ancient river channels were not easy to work manually, as the gravel needed to be moved down to the creek to process. Eventually, this problem was solved with the construction of several hydraulic mines throughout the Yuba River mining region. Countless hydraulic mines worked the ancient river gravels located in the forest-lined ridges high above the present Yuba Rivers, these ancient gravels were known to be exceptionally rich and also produce an abundant amount of very large nuggets. 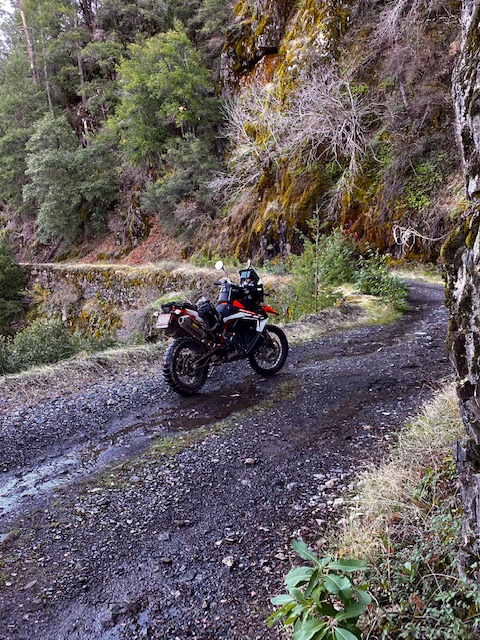 Gold in this region is often quite pure, occurring in rich pockets of incredible density. Single ore bodies spanning just a few feet across have yielded gold that would today be valued in the millions of dollars. Sometimes gold runs closely with arsenopyrite, while in other locations the gold is clean with little other than quartz matrix.

The most famous of the mines in this region is the Sixteen-to-One Mine. This was not only the richest mine in the Gold Canyon area but also one of the few mines that are still in operation today. Now it is also famous for producing some of the best “jewelry grade” specimens in the world. If you’ve ever seen a piece of jewelry with a cabochon of gold/quartz, there’s a pretty good chance it came from the Sixteen-to-One Mine. 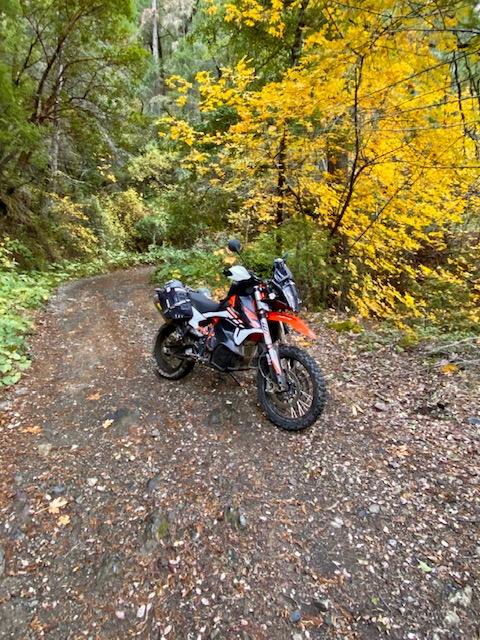 Other rich quartz mines in the district were the Brush Creek and Plumbago Mines. Though not nearly as extensive as the Sixteen-to-One, they each produced considerable amounts of gold. The quartz veins were so rich and extensive in this mining district, that it was one of the few areas in California that were still in operation following World War II when depressed gold prices and logistical issues severely hampered mining efforts throughout California. 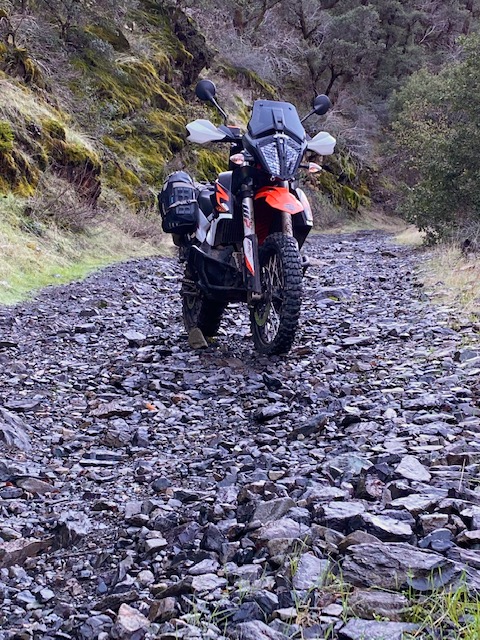 This rich mining district was well known for its large and long-lasting mining operations, but much of the total gold production is credited to smaller, exceptionally rich mines. Dozens of minor operations had outputs ranging from $50,000 to upwards of $1 million in gold, at a time when an ounce of gold was worth only a fraction of today’s value. Located near the north ridge of Gold Canyon is the small historic mining town of Alleghany which is one of California's oldest hard-rock gold mining towns from the Gold Rush. Quartz mining in this historic gold mining district started in 1853 including the Sixteen-to-One Mine located in Alleghany. This rich gold mine known as the Sixteen-to-One Mine operated for many decades and produced at least $25 million in gold. The Alleghany district is described as the "most famous high-grade gold mining district in California" and is credited with over $50 million in gold production.

Today the rugged and remote Gold Canyon mining area lives on as one of California's oldest and most historic mining districts waiting to be rediscovered by gold seekers and adventurous explorers who seek ADVENTURE!

Off-road terrain is rated "mild to moderate" with some "moderately challenging" and lots of adventure.

*Truck/Trailer can be left in Raley's parking lot in Auburn CA. 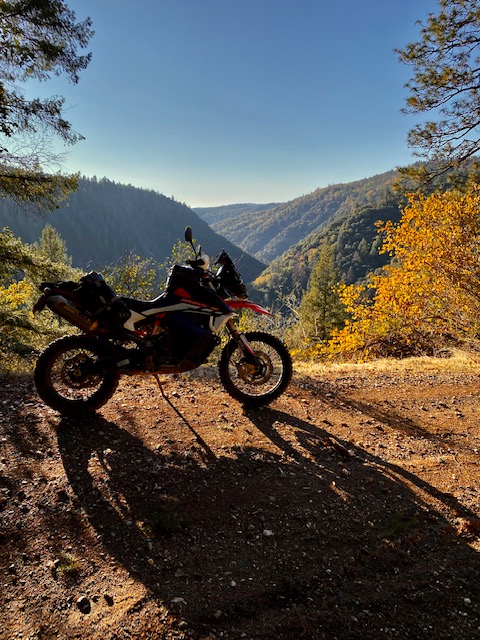 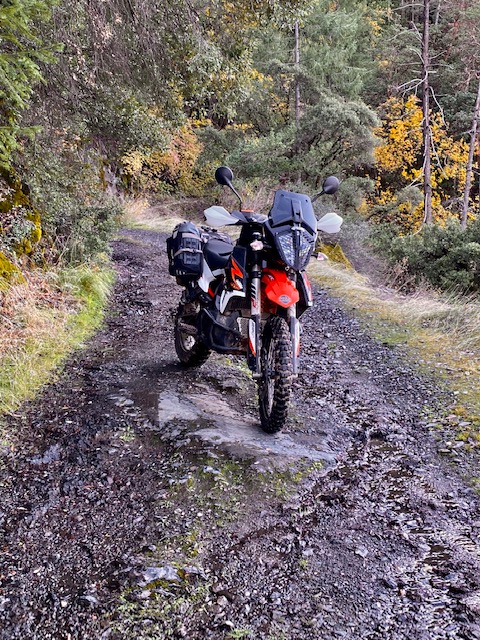 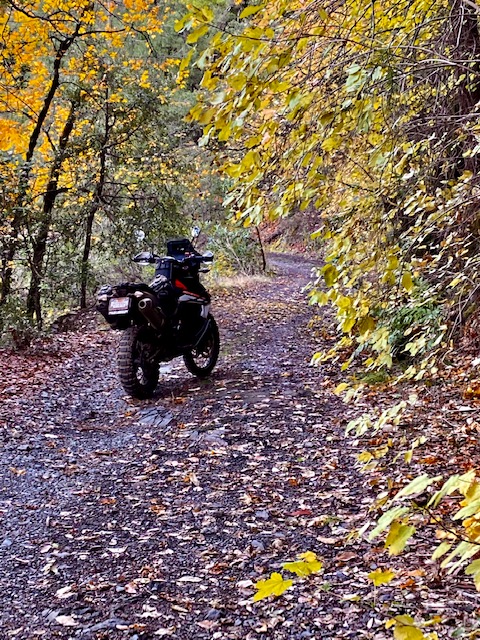