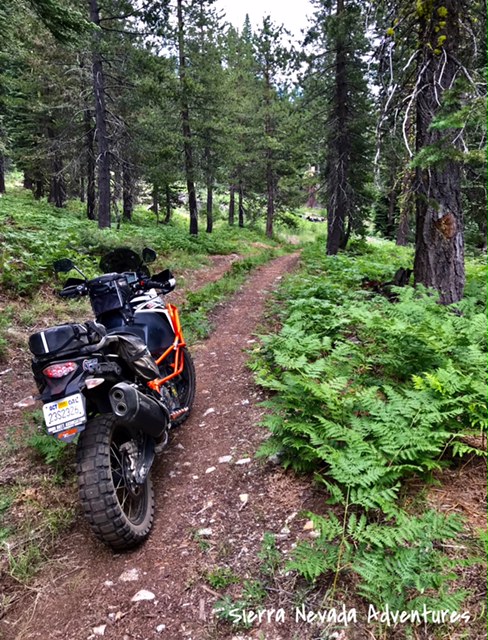 Grizzly Adventure ride explores a vast landscape of rugged canyons and remote conifer forest, which was once the hunting, trapping, and stopping grounds of the famous California mountain man and trainer of grizzly bears and other wild animals (known as “Grizzly” Adams).

Your off-road adventure explores the footsteps of the legendary John “Grizzly” Adams to remote locations such as Grizzly Meadow and Griswold Creek located in a dense conifer forest known as “Hells Half Acre” located between the North Fork and South Fork of the Stanislaus Rivers on the western slope of the Sierra Nevada. You will also have the opportunity to visit the historic site where Grizzly Adams built his winter cabin and stable to house and train wild Grizzly Bears.

Grizzly Adventure is the perfect ride for ADVENTURE motorcycles. You will explore an amazing combination of scenic mountain roads, remote dirt roads and historic sites throughout the Stanislaus National Forest.

This vast landscape, located in the middle of nowhere between the scenic byway known as Ebbetts Pass and Yosemite National Park was once the stopping grounds of the legendary mountain man John “Grizzly Adams,” who holds the legacy of California’s most famous mountain man from the 1800’s. Grizzly Adams became well-known during the gold rush for his adventures spirit and his grizzly bear companions that traveled with him on his hunting and trapping explorations. John Grizzly Adams, whose true name was John Capen Adams (1812- 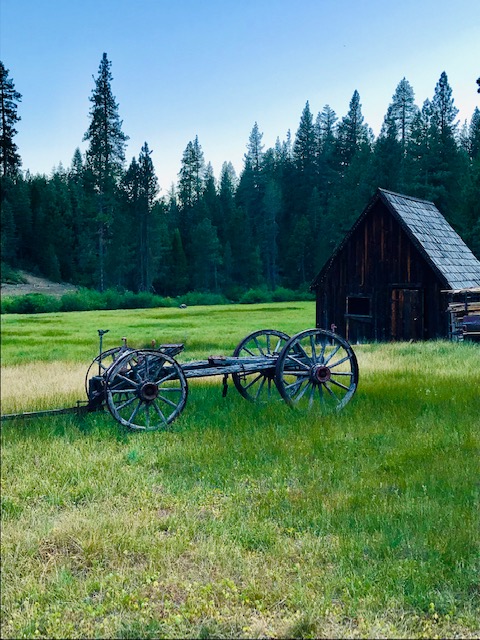 1860) challenged both conventional norms and untamed nature, first by turning his back on a greed-driven society born from the California Gold Rush, and then by blazing a trail into the wildest parts of the Sierra Nevada Mountain-Range where he built a log cabin in a small wilderness meadow alongside the Stanislaus River near present-day Pinecrest California. This small wilderness meadow became known to the pioneers as “Lair of the Golden Bear” meaning, a place where a wild animal, especially a fierce or dangerous animal lives.

Grizzly Adams made friends with nearby Native American tribes, and found companions among some of nature’s untamed beasts, that especially featured his prized grizzly bears. In 1854 John Adams trapped a 1,500-pound grizzly bear in the Sierra Nevada, one of the largest grizzlies ever captured alive. John named the grizzly Samson; he also retrieved a pair of two-week-old male grizzly cubs from a den of their mother near Yosemite Valley naming one of them Benjamin Franklin. In the spring of 1855, while on a hunting trip in the Sierra Nevada, the bear cub, Benjamin Franklin saved John’s life when a mother grizzly bear attacked Adams. The mother grizzly knocked his rifle from his hands, tore his scalp loose and dented his skull in with one powerful swipe and bit into his neck. Then, Benjamin Franklin, Adams “companion” grizzly, distracted the mother bear with a bite to her haunch allowing Adams to escape and quickly climbed a tree. He was soon able to retrieve his rifle and killed the mother grizzly bear. Adams then returned to his camp, where it took him several weeks to recover. John “Grizzly” Adams and his companion grizzly bear, Benjamin 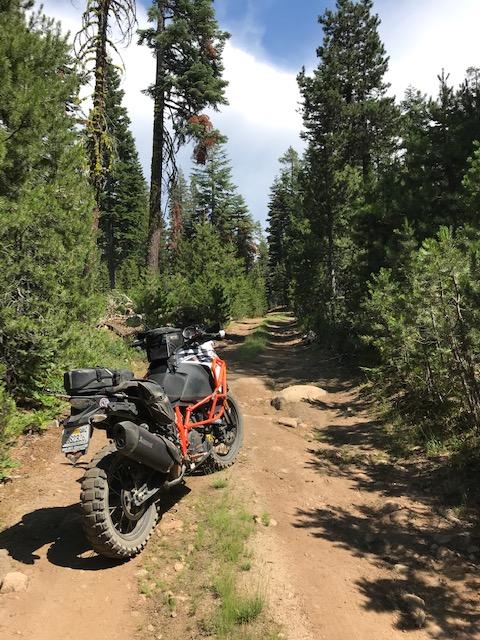 Franklin would both bare the scars of that attack the rest of their lives.

The story of the ‘real’ Grizzly Adams and his amazing life of California’s most famous mountain man and trainer of grizzly bears begins on the east coast. John “Grizzly” Adams (also known as Grizzly Adams) was born as John Capen Adams in 1812 in Medway Massachusetts, a suburb of Boston. He is said to have been related to the famous Adams’ of Massachusetts, including President John Adams and patriot Samuel Adams. At age 14, John apprenticed as a shoemaker with his father, but he preferred the outdoors to shoemaking. At age 21, John ventured out and landed a job with a company of showmen as a collector of wild animals. Johns job was to explore the forest of northern New England to capture wild animals which included panthers, wolves, wildcats, fox, and black bears. John was an adventurous young man and loved exploring and capturing wildlife and honed his skills as woodsman, marksman and trapper during this time. Before long John recognized he had an uncanny ability of understanding the behavior of wild animals. However, while attempting to train a Royal Bengal Tiger he was attacked and nearly killed by the powerful tiger which forced him to return to shoemaking with his father. In 1836, John married Cylena Drury and they had three children Arabella, Arathusa and Seymour but soon after the discovering of gold in California was all the news. With this news, John saw an opportunity to make a profit and he invested his life savings to buy a large supply of footwear, and had it shipped to St. Louis Missouri. John intended to sell his goods at great 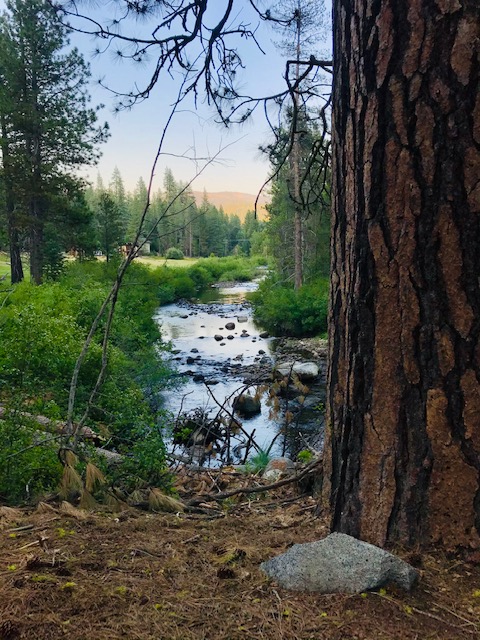 profit to the thousands of forty-niners passing through St. Louis. Through no fault of his own, he lost the entire investment in the St. Louis wharf fire. Shortly thereafter, John's father committed suicide, it is possible that he had invested heavily in John's scheme. At this point, John felt he had nothing to lose and he had a touch of gold fever and a yearning for adventure. He knew even if he failed to recoup his lost investment in the mines, he could at least support himself by hunting and trapping in the untapped wilds of California. With a yearning for adventure, John left his family and relatives behind in Massachusetts and joined the 49ers on their way to California. On his journey via the Santa Fe and Gila trails, he twice survived near fatal illnesses and eventually arrived at the gold fields of California late in 1849.

John Adams arrived at Woods Creek (Jamestown Ca.) where he staked several mining claims and tried his luck at mining. After many failed attempts he opened a small trading post and tavern near Woods Creek. As a hasty businessman and a heavy gambler, John found himself in financial ruin. With no relief in sight, John abandoned the idea of striking it rich as a miner and opted for a life of adventure in the Sierra Nevada. John had nothing to show for his hard work in the gold fields of California except a creaky old wagon, a pair of oxen, several riffles, a colt revolver, a few clothes, blankets, and cooking and eating utensils. Still, that was enough for a man who wanted to get away from it all and seek adventure. In 1852, with only a few provisions, John headed east from Woods Creek and ventured into the wild Sierra Nevada, determined to shun society, and live with the 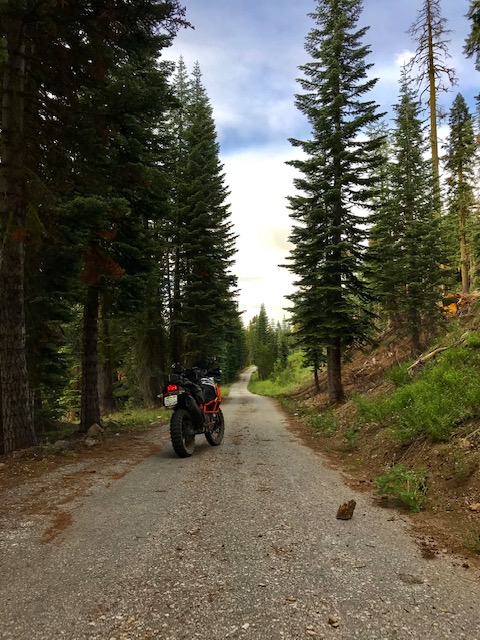 animals in the wilderness. John Adams noted, “The mountain air was in my nostrils,” he later said, “the evergreens above and the eternal rocks around; and I seemed to be part of the vast landscape, a kind of demigod in the glorious and magnificent creation.” That fall, with the help of several friendly local Mi-Wok Indians John built a cabin in a small wilderness meadow along the Stanislaus River a few miles from present-day Pinecrest. This small wilderness meadow became known to the pioneers as “Lair of the Golden Bear” meaning, a place where a wild animal, especially a fierce or dangerous animal lives.

John used his skills as woodsman, marksman and trapper that he had learned earlier in his life to live and survive off the land. John hunted and trapped wild animals, selling skins and meat to nearby settlements and pioneers on their way to the gold fields, while caging many wild animals at his primitive camp. In 1853, John made a hunting and trapping expedition some 1,200 miles from his base camp in California to eastern Washington Territory (what is now western Montana). While there, he caught a yearling female grizzly that he named Lady Washington. Even though she was already a year old and very wild, he managed to tame her and taught her to follow him without restraint. Later, he trained her to carry a pack and then to pull a loaded sled. She even cuddled up near John to keep him warm in freezing conditions. Eventually, Lady Washington allowed John to ride on her back, this was the making of the legendary “Grizzly” Adams.

In 1854, “Grizzly” Adams took the trail over the Sonora Pass in April and reported “on all sides lay old axle trees 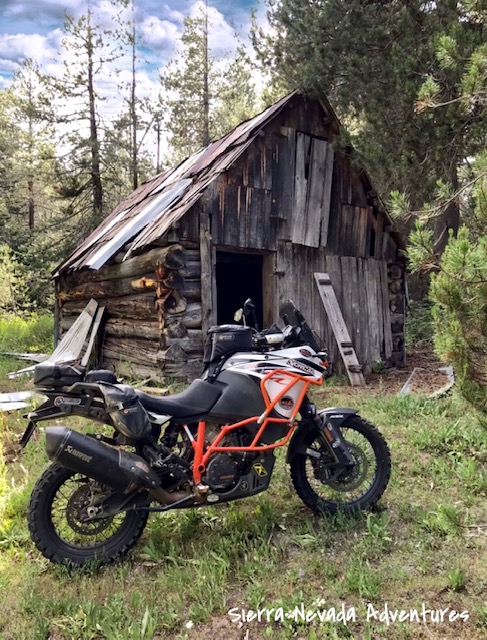 and wheels… melancholy evidence of the last season’s disasters.” During the same year, John “Grizzly” Adams retrieved a pair of two-week-old male grizzly cubs from the den of their mother near Yosemite Valley. He named one of them Benjamin Franklin. Ben saved John's life a year later in 1855, when a mother grizzly attacked Adams. John and Ben both bore the scars of that attack the rest of their lives. The head injury John received in the attack led to his demise five years later. In the summer of 1854, John traveled to the Rocky Mountains to hunt and collect more live animals. He and his hunting companions sold meat, hides and some live animals to the emigrants along the Emigrant Trails near where the Oregon Trail and the Mormon Trail split away from each other (southwestern Wyoming). They also sold and traded at Fort Bridger, Wyoming, and Fort Supply. During this expedition, Lady Washington had an amorous encounter with a Rocky Mountain grizzly. The mating resulted in a male cub that was born the next year when she was with Adams in Corral Hollow on the eastern side of the California coastal mountains. Adams christened her cub General Fremont, in honor of John C. Fremont.

In the winter of 1854, Grizzly Adams captured a huge California grizzly in the largest cage trap Adams had ever constructed. John named the grizzly Samson. When the bear was later weighed on a hay scale, it tipped the scale at 1,500 pounds (one of the largest grizzly bears ever captured alive).

There are many amazing historical stories about John Grizzly Adams but possibly the most surprising part of his historic legacy appears on the California state flag. Few are aware that the same bear image seen for over a hundred years on California’s state flag was modeled after a grizzly bear named ‘Samson’, painted by famous western artist Charles Nahl in 1855. Even fewer realize that Samson was a huge, live bear that Nahl chose to paint, originally captured, owned, and trained by California’s greatest mountain man ever – the one and only, “Grizzly” Adams.

-Please make arrangements with the hotel to leave your Truck/Trailer