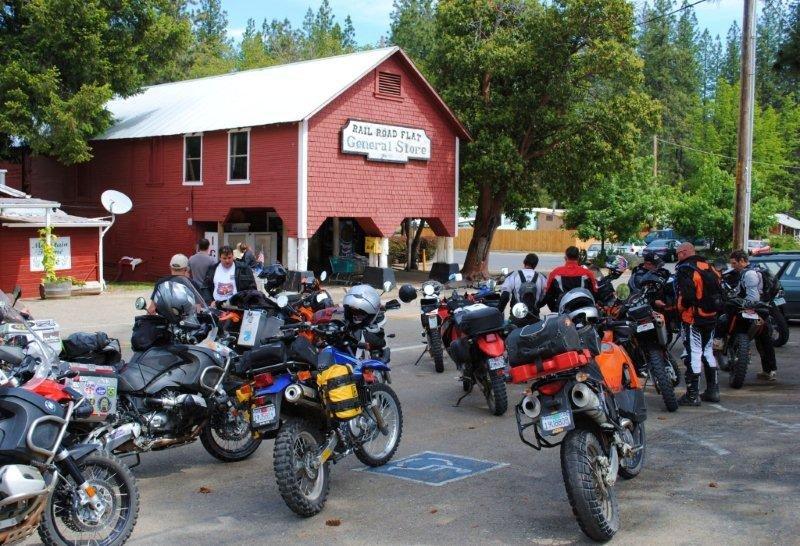 Ready for ADVENTURE? Here's your opportunity to EXPLORE some of the best OFF-ROAD routes, curvy back roads, and exciting goat roads to forgotten mining sites in Calaveras Gold County. Your adventurous ride travels through rolling foothills to visit some of the richest mining sites in the historic Mother Lode.

Mountain Ranch was established in 1858 and in 1868 the little post office was moved 1.5 miles south to a town called El Dorado Camp. As there was already an El Dorado post office in CA, El Dorado Camp became known as Mountain Ranch. The historic little post office located on the old main street is no longer in use but at one time it was billed as the world's smallest post office. After visiting Mountain Ranch your adventure explores remote dirt roads and back roads to the forgotten mining town of Sheep Ranch. Exploring further off the beaten path your adventure travels past the historic California Caverns once known as Cave City Cave and was once visited by Bret Harte, Mark Twain, John Muir and was used as the hideout for the legendary Gold Rush bandit Joaquin Murrieta. As your adventure continues you will explore further off the beaten path on remote dirt roads you eventually reach the historic mining town of Sheep Ranch. You will visit the historic Pioneer Hotel and the fabulous Sheep Ranch Mine which produced more than 8 million dollars in gold while in operation. 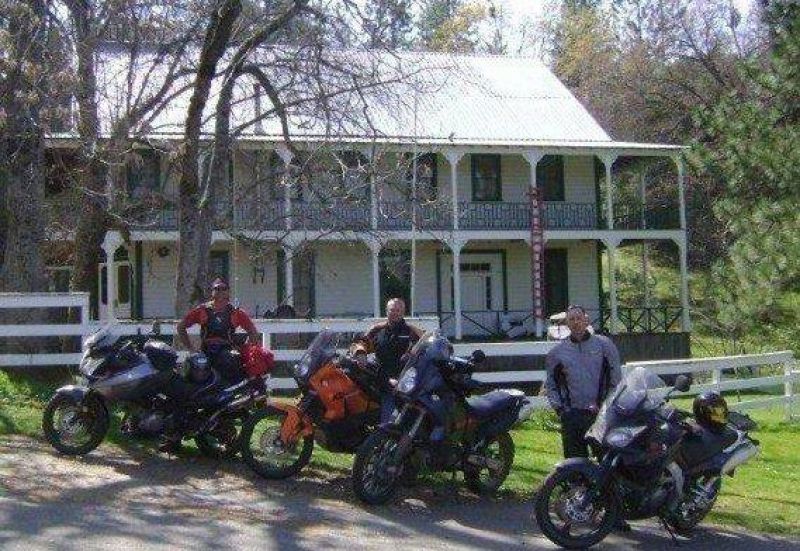 Senator George Hearst, father of William Randolph Hearst and associates acquired the mine in 1877. The Hearst firm operated the mine continuously until 1893 and produced an estimated 4 million dollars in gold, and reached a depth of 1,400 feet. By 1942, when finally closed, the mine had reached 3,100 feet in depth. The closing of the gold mine and general store in town marks the end of the heyday in Sheep Ranch with an old fuel pump advertising 18 cents a gallon for gas. During its heyday, the town of Sheep Ranch supported 15 saloons, a general store, two churches, a brick schoolhouse, and two hotels, the Eagle Hotel and the prominent Pioneer Hotel which is located at the end of Main Street. The historic Pioneer Hotel regained some fame for a brief period during the summer of 1982 when it was featured as the whorehouse in the Clint Eastwood movie 'Honkytonk Man'.